Clickbait: Will there be a season 2 of the Netflix drama?

Netflix has another hit on its hands, after the first season of Clickbait got fans talking all over the world.

Users have been racing to finish the first run of the new thriller to discover the truth about the disappearance of Nick Brewer.

The show follows family man Nick as he is taken against his will. A video is then posted by the kidnappers, who threaten to kill him if the clip achieves five million views.

The eight-part series takes an interesting look at viral culture and the insidious side of the internet, and it’s got people completely hooked.

It’s only natural that people are already thinking about a possible second season, with fans demanding more after loving the first eight episodes.

But will there be more episodes?

Will there be a season 2 of Clickbait?


Adrian Grenier leads the cast of the show (Picture: Netflix)

So far Netflix are being non-commital when it comes to a second season of the show and previously declined to confirm whether or not there’ll be new episodes in future.

While the show was initially envisioned as a limited series at eight episodes, there have been plenty of major shows over recent years such which have started out as limited series and been expanded.

There are also some very promising signs fans can take heart from.

Stars of the show Adrian Grenier and Betty Gabriel who lead the cast recently spoke to Metro.co.uk about the possibility of the new episodes – and it could be a little glimmer of hope that fans need.

Adrian, who plays Nick, told us: ‘I think a lot of what the show is about is perspectives and incentives. The device of focusing on each character and their perspective, it goes so well with what’s happening out in the real mediascape. 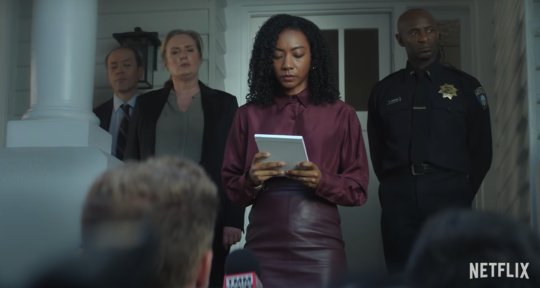 ‘Everybody is so myopically tunnel-visioned into their own perspective, they’ll believe anything that they want to believe. A lot of projection goes on, so it’s such an interesting psychological exploration of how we’re all stuck in the matrix of our media sphere.’

Encouragingly, The Devil Wears Prada star predicted that the series could continue down a similar path for a while yet.

He continued: ‘This could go on for a long time. I mean I think it’s gonna keep fragmenting out, becoming more complex and more interesting.

‘This could go on for a long time. I mean I think it’s gonna keep fragmenting out, becoming more complex and more interesting. So yeah, season two, I’m there!’ 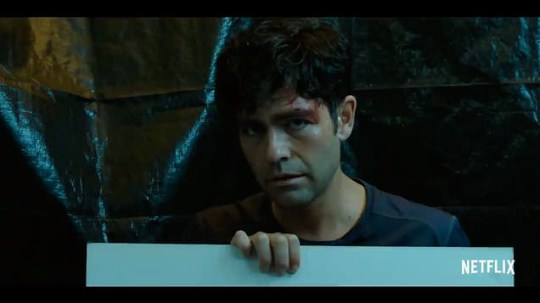 Will the show return for another season? (Picture: Netflix)

Betty who plays Sophie Brewer in the show also had grand ideas about where a possible second series could go.

‘I personally feel like you could spend an entire season exploring each character. I think what’s really great about the show is that this perspective does bounce around, you do get to really zoom into this character’s experience in relation to this event. But also you see so much more about themselves and their character, and their lives,’ she said.

‘So, yeah, I think it definitely could have been more of that, much more of that. There’s so many characters, there’s so much story to tell. So I think definitely [we could get a series two].’

Until a second season is confirmed, all we can do is wait with baited breath.

Clickbait season one is available to watch on Netflix.