The killer has been responsible for two deaths – Rana Habeeb and Rick Neelan – but has managed to escape justice.

Gary is about to be exposed by KellyCredit: ITV

Viewers know Laura Neelan took the blame for Rick’s murder in an effort to make sure Gary continued looking after her daughter Kelly.

But now Kelly is set to discover the truth in an explosive week of episodes.

And it could put Gary’s life in danger.

Mikey revealed to The Sun and other media: “I think it was inevitable that this was the way it would end. 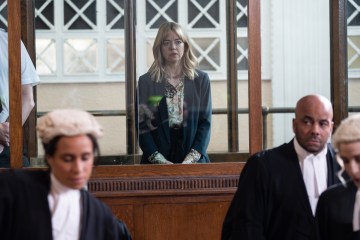 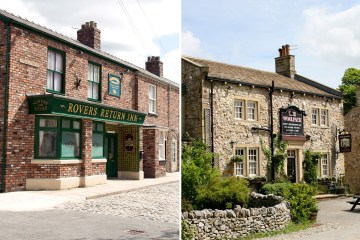 “I’m just really happy that he sort of comes full circle and we were ending up where we began.”

Mikey added that he couldn’t wait for the truth to be revealed.

He added: “It was always gonna happen, it was just a case of when. I couldn’t be more happy with with how it’s turned out.

“This block of episodes has been the best block that I’ve ever been involved with in 15 years here.

“The collaboration of all the departments coming together to really want to make this work, and obviously we’re using new technology and just the nature of all it needed.

And he teased whether Gary could sacrifice himself to save Kelly to make up for his bad deeds.

The actor said: “I think he’s always trying to be one step ahead.

“You know, he’s got himself out of many sticky situations down the years, I always say he’s like a cat with nine lives.

“This is getting pretty drastic now and I think the crux of it is, when he has his life at stake, he sort of knew it would always end like this.

“But when he finds out that Kelly’s involved you know, he is willing to die for that girl, and that’s the start of this story and, this is what plays out.

“But I think he feels more fear when it comes to other people being in danger as opposed to himself.

Everything you need to know about Coronation Street

“The stuff when she’s in danger up on the roof, he will happily go off that roof for that girl, he really genuinely would jump off if it meant saving her.

“That is his main aim whether he dies or not is of no consequence to him. He’s just looking to save Kelly. That’s how things play out.”