Rebekah is layered up as she heads to training (Picture: Peter Goddard/SplashNews.com / ITV)

She may turn out to be a dazzling ice queen on the rink, but Rebekah Vardy also had a gloomy bout of wintry drizzle to contend with while attending rehearsals for Dancing on Ice.

On Sunday evening, the new series of Dancing on Ice will return to our screens, with celebrities including Myleene Klass, Denise Van Outen and Jason Donovan set to take part.

Rebekah, 38, was recently pictured arriving at the National Ice Centre in Nottingham for a training session, dressed in a wintry ensemble while bracing herself against the cold weather.

Wearing a sports headband, a puffer jacket, black leggings and trainers, the former I’m A Celebrity… Get Me Out Of Here! contestant was spotted pulling a suitcase along the ground as she exited a vehicle.

But her most noticeable accessory might have been her fluffy pom pom keyring, which she carried as she prepared to enter the building.

By the time Rebekah left the National Ice Centre, a flurry of snow had descended.

The drizzle falls on the Dancing on Ice competitor (Picture: Peter Goddard / SplashNews.com)

Earlier this week, it was revealed that Rebekah, who is married to Leicester City footballer Jamie Vardy, accidentally sent her skating partner Andy Buchanan to hospital after an accident in training.

Rebekah explained that they had been practising a trick, which they altered ‘slightly from something that we would normally do’.

‘On this occasion, it went very wrong and the back of my heel and my blade sliced his face open.’

Rebekah admitted that she initially laughed when the incident took place, as she assumed Andy was joking.

‘I actually thought he was messing around, to begin with, because he does like a bit of a joke,’ she recalled.

‘We did what we were doing, and he nearly dropped me and I was like oh s**t what was going on? And I looked at him and he was holding his face and I said stop messing about and I laughed.’

Although Rebekah was ‘petrified’ to return to the ice after the accident, she and Andy are getting ready to put their best foot forward this weekend.

The new series of Dancing on Ice begins on Sunday at 6pm on ITV. 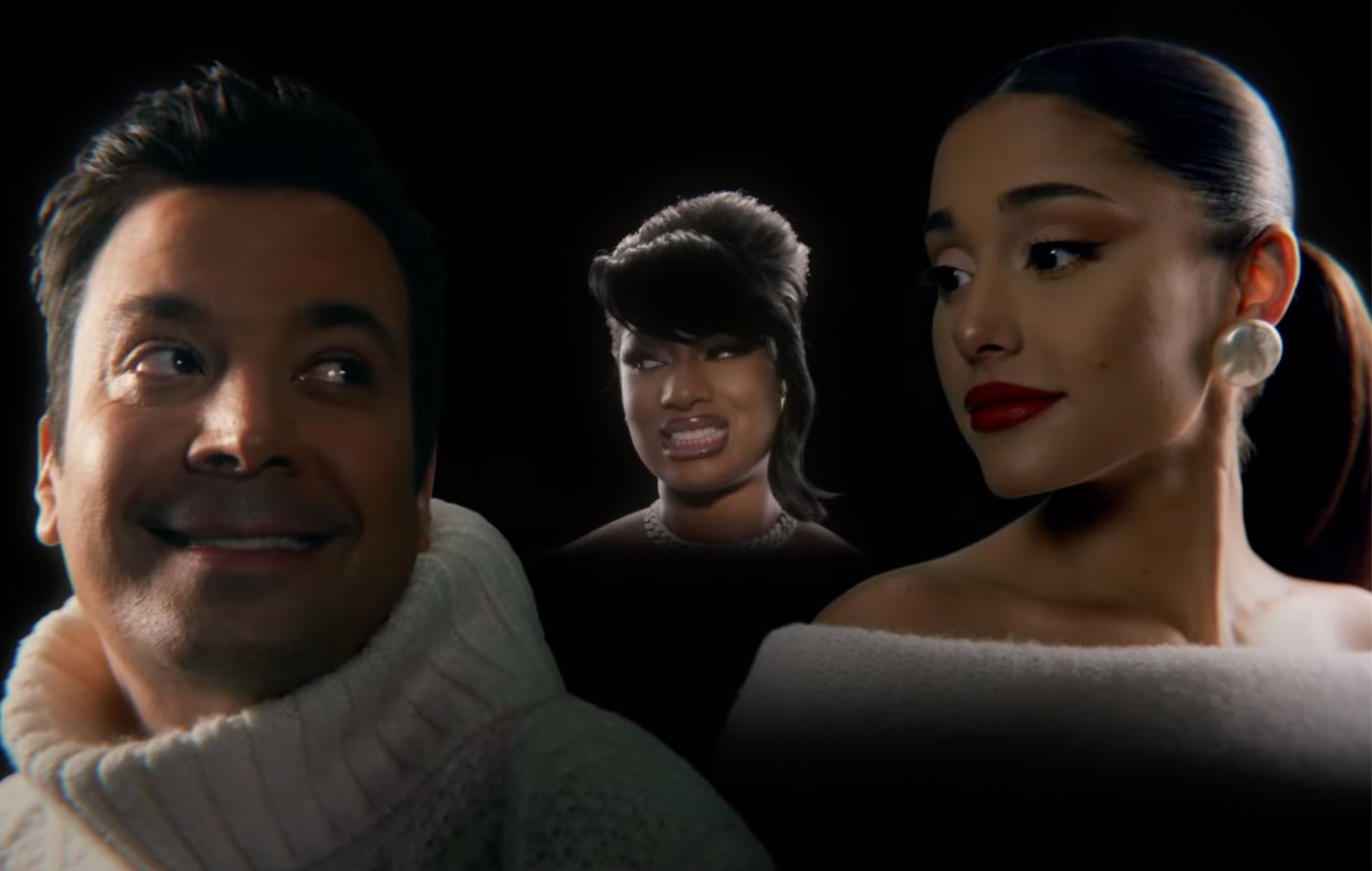 Jimmy Fallon has recruited Ariana Grande and Megan Thee Stallion for a shimmery pop tune about Christmas in the time...