Dancing On Ice 2022: When does it start and who are the contestants?

Dancing On Ice soon returns to our screens, with a new set of contestants ready to take on the ‘greatest show on ice’ – but when will does it start on ITV?

Holly Willoughby and Phillip Schofield are back to welcome 12 more couples onto the ice, all hoping they will be crowned the winner of Dancing on Ice 2022.

The panel will look slightly different this year, with Strictly Come Dancing professional Oti Mabuse taking over from John Barrowman after his exit from the show.

Last year’s series – won by Capital FM’s Sonny Jay – was plagued by injuries and massively affected by Covid, but fans will be hoping to see everything run more smoothly in 2022.

Here’s everything you need to know ahead of the brand-new series.

When does Dancing on Ice start and how long does it run? 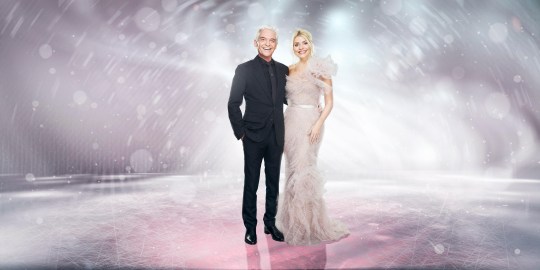 Holly and Phil will be back to host once more (Picture: ITV)

There’s not at all long to wait as it begins at 6.30pm on Sunday night (January 16), with the first half of the contestants taking to the rink with their professional partners.

Next weekend’s show will see the remaining six perform for the first time before one is due to be eliminated.

The show will last for 10 weeks in total, expected to finish on March 20, when another celebrity will be crowned the winner.

Fans will remember last year’s series was cut short after both of the show’s reserve stars were both brought on to compete.

GB gymnast Amy Tinkler and TV presenter Matt Richardson took to the ice, with the latter being voted out after his first week. 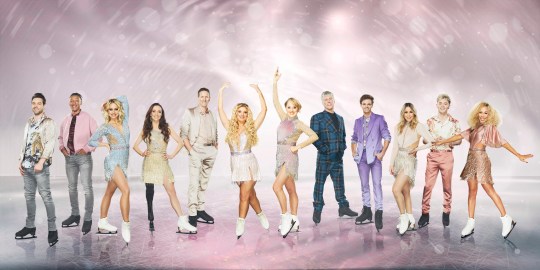 We can’t wait to see them skate! (Picture: ITV)

The show announced its line-up back in October, giving the celebs plenty of time to train and become masters on the ice.

Coronation Street legend Sally Dynevor and Happy Mondays’ Bez were announced as the first two celebrities to be participating in the series.

Other stars who will be performing on the rink include Love Island 2021 favourite Liberty Poole, former Strictly professional Brendan Cole and The Vamps’ bassist and singer, Connor Ball.

Elsewhere, three new skaters will be joining the batch of professionals for 2022, after it was announced that Vicky Ogden, Hamish Gaman and Klabera Komini would not be returning for the fourteenth series.

Colin Grafton, Morgan Swales and Tippy Packard take their place, with Tippy having received Kye as a celebrity partner, whilst the other two newcomers will appear in the professional group routines.