ITV bosses are standing by disgraced comedian Rufus Hound — despite his racist and homophobic posts on social media.

The comic, 41, has been told “he won’t be kicked off” Dancing On Ice, sources say.

ITV bosses are standing by comedian Rufus Hound, right, despite his racist and homophobic posts on social media

But an insider told The Sun ITV was being “hypocritical” after it booted YouTuber Jack Maynard, 26, off I’m A Celebrity in 2017 for using similar language on Twitter.

A source said: “Dancing On Ice have made their position clear and while Rufus’s tweets have been quietly condemned, right now it’s not being seen as an offence which would require his removal.

“It seems there is one rule for some, and one for another. After Jack was taken off I’m A Celebrity for the same kind of tweets, it was assumed that Rufus would be told he should step down.

“But it’s been made clear to those working on the show that they’re standing by him.” 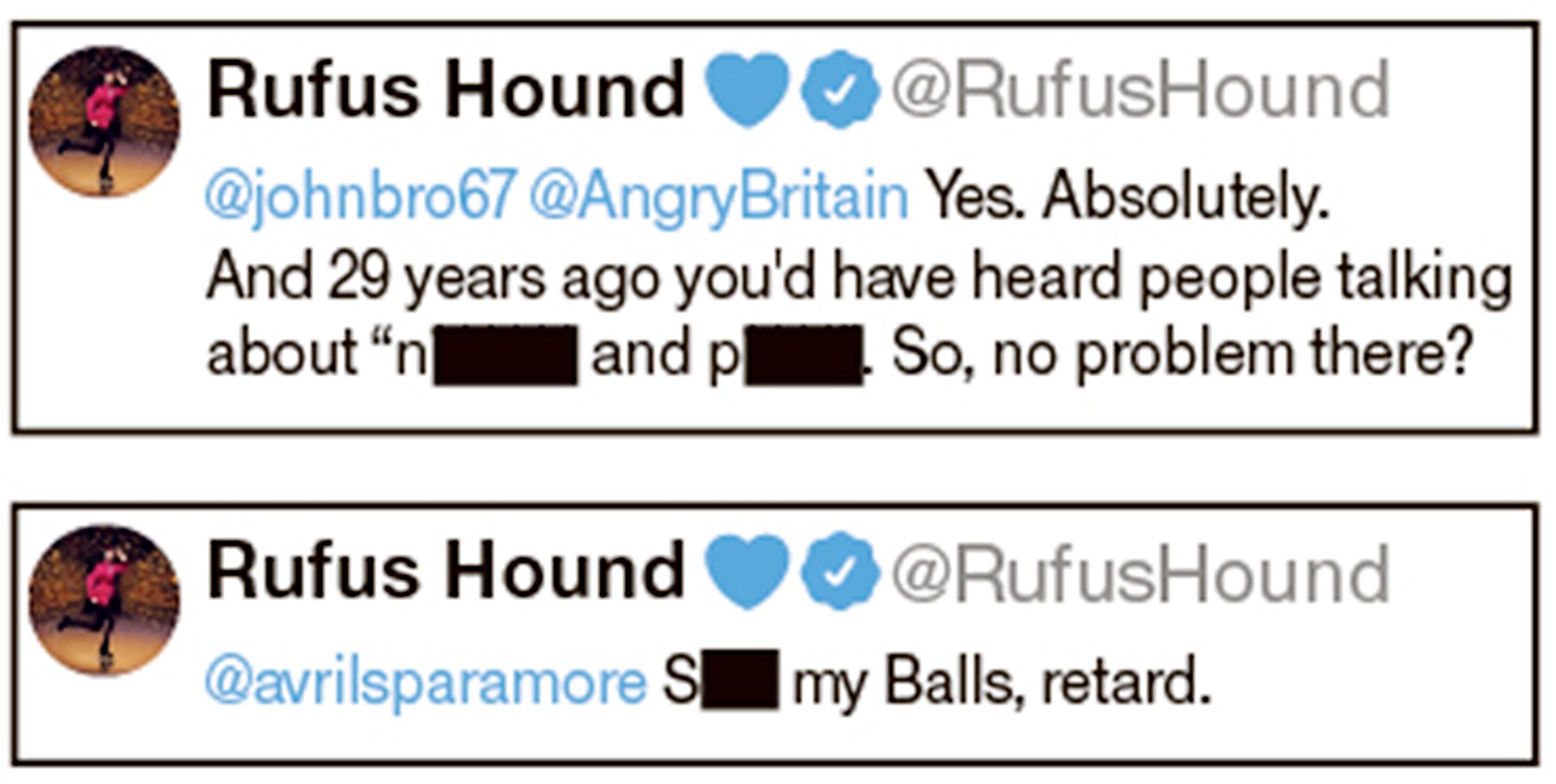 The comedian tweeted offensive terms including the word retard

The comic, 41, has been told ‘he won’t be kicked off’ Dancing On Ice, sources sayCredit: Rex Features

The Sun on Sunday revealed Rufus’s tweets, which also included outrageous posts about the ­Manchester Arena bomb attack in 2017, which claimed 22 victims.

MPs criticised Rufus’s comments about the attack, as did mum Jade Clough, from Stockport, Gtr Manchester, who was injured.

He also made comments about Jewish people and branded singing star Ed Sheeran, 29, a “gay lord”.

Rufus, who is partnered on the show by Canadian pro skater Robin Johnstone, today apologised for his comments about the Manchester attack when confronted by a fan on Twitter.

The comedian confessed he had been “stupid and unthinking” and then added: “No excuse, I should have known better.” 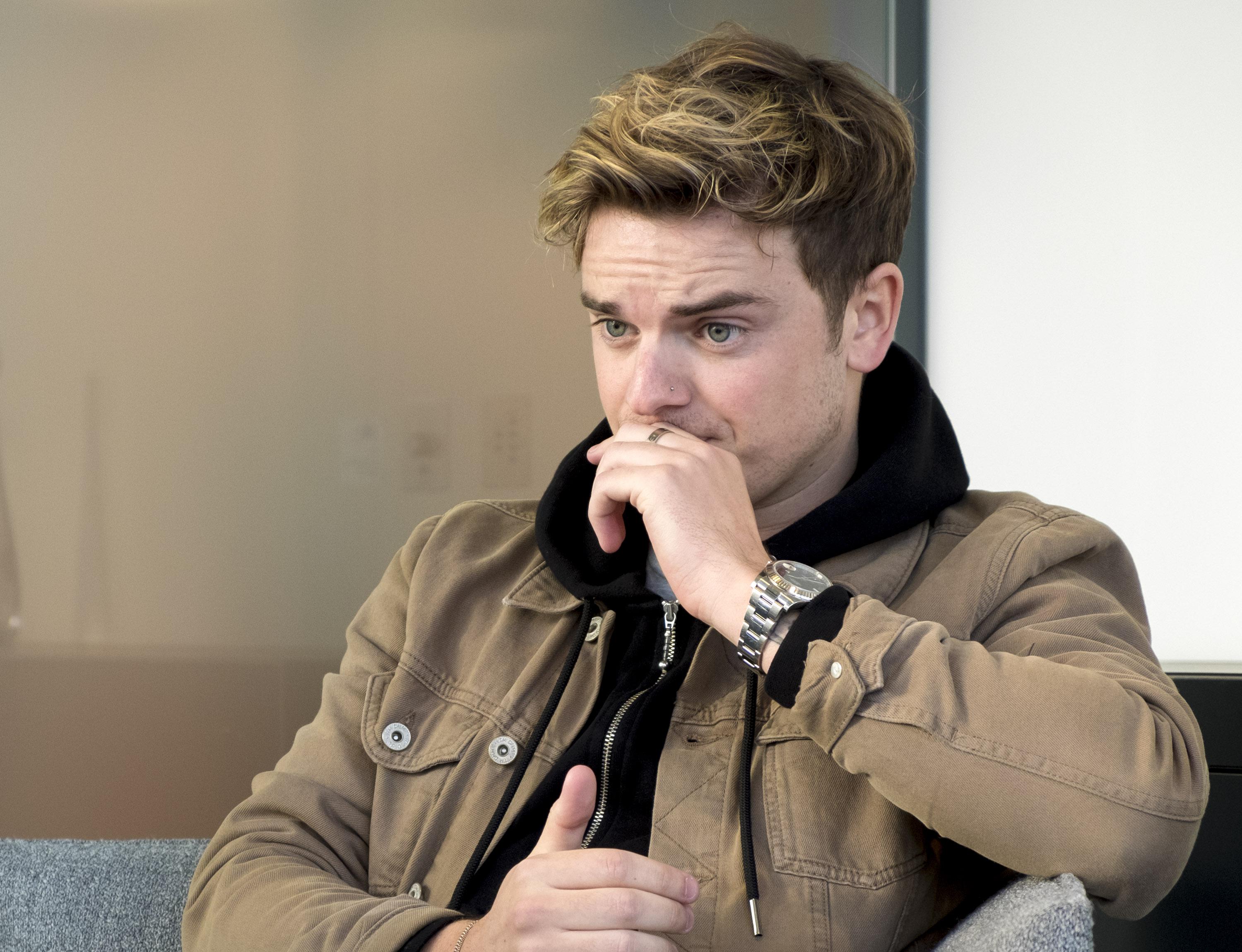 An insider told The Sun ITV was being ‘hypocritical’ after it booted YouTuber Jack Maynard, pictured, off I’m A Celebrity in 2017 for using similar language on Twitter