Vanessa Bauer was worried about the age gap (Picture: Rex)

Dancing On Ice’s Vanessa Bauer feared she wouldn’t ‘bond’ with Brendan Cole because of their 20-year age gap.

The 25-year-old professional skater was ‘really surprised’ when the show’s bosses paired her with the former Strictly Come Dancing professional on this year’s series, but her concerns soon subsided because her partner is a ‘kid at heart’.

‘The producers really surprised me with the partnership because there is a 20-year age gap,’ Vanessa said.

‘I didn’t expect to be with Brendan when obviously there were young guys, like I was partnered with in previous years. I was worried at first that we wouldn’t bond, but because we’re both ­performers and I’m a mature 25-year-old, I’m comfortable.

‘Brendan is like a kid at heart — it shows on the ice as well, as he throws himself at everything I’m showing him and he doesn’t ­hesitate to jump.

‘He falls and gets up and it amazes me how his 45-year-old body can handle so much strain. He says all the time that he has toned up. 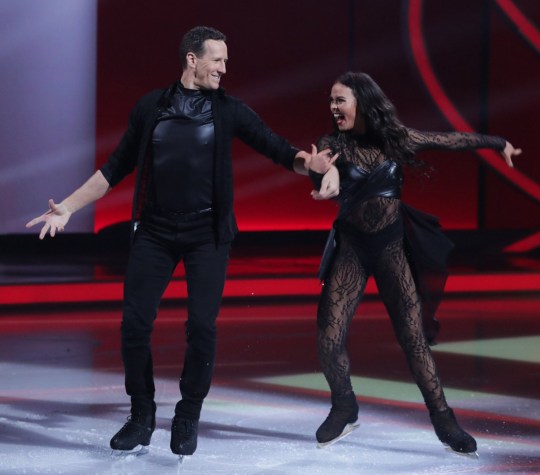 Vanessa and Brendan have made it to the Dancing On Ice final (Picture: Rex)

While Brendan is known for his ‘fiery’ temper, Vanessa wasn’t fazed and she insisted he’s been happy to follow her lead throughout the series.

She added: ‘I’ve heard these rumours about him being fiery, but I am a feisty person, too — so he met his match. 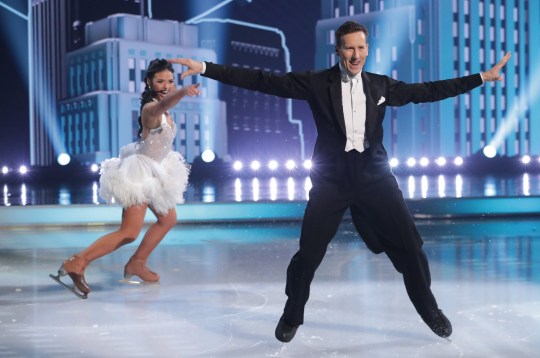 Vanessa says Brendan is a ‘kid at heart’ (Picture: Rex)

‘I know when I have to take the lead and take over the partnership and he very much respects that.

‘We’ve been a perfect partnership. He wants to get his ballroom experience on to the ice, but as the ice-skating pro I have to tell him that the things he wants to do are not possible and he gets upset, but we never fight.’

Brendan is up against Kimberly Wyatt and Regan Gascoigne in the final of Dancing On Ice tonight.

Presenter Holly Willoughby will return for Sunday’s final episode after missing the semi-finals due to Covid, which saw Phillip Schofield hosting alone.

The last episode of the skating competition was pushed back by one week following an ITV schedule change.

The Dancing On Ice final airs on Sunday at 6.30pm.