Dancing On Ice: Where is Vanessa Bauer as Brendan Cole skates with Brendyn Hatfield?

Vanessa won’t be on the show tonight (Picture: Matt Frost/ITV/PA; Twitter/Dancing On Ice)

Dancing On Ice contestant Brendan Cole will be performing with a different partner tonight in the form of Brendyn Hatfield – but where is his usual partner Vanessa Bauer?

Former Strictly Come Dancing professional Brendan has consistently found himself around the top of the leaderboard alongside pro skater Vanessa.

The pair have put out some incredible routines and are strongly tipped as one of the favourite couples to win.

However, Vanessa will be absent from her skating duties tonight after she was forced to take the week of the competition.

Tonight, Brendan will perform in musicals week with Brendyn, who was eliminated earlier on in the process.

But where is Vanessa and will she be back on Dancing on Ice?

Where is Vanessa Bauer? 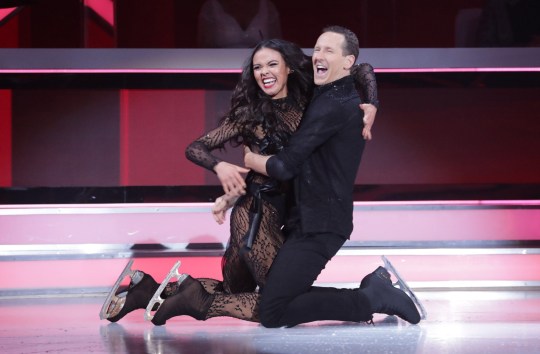 Brendan and Vanessa have impressed so far with their routines (Picture: Matt Frost/ITV/REX/Shutterstock)

Vanessa is one of the show’s best-known pros and early on become a shout to win this year with Brendan.

However, it was revealed earlier this week she would have to miss out tonight after a positive Covid test, meaning she had to isolate.

An ITV spokesperson said of the news: ‘Unfortunately, Vanessa Bauer is unable to skate this weekend after testing positive for Covid-19.

‘We look forward to Vanessa returning to the competition soon.

‘Brendan Cole will still perform in this Sunday’s show and will be partnered with professional skater Brendyn Hatfield.’

At the time, Brendan put a statement on his social media, saying: ‘I have news… Unfortunately, Vanessa will be unable to skate with me this weekend. She has had a positive test confirmed (she is in good health) so will have to isolate for the next few days, therefore missing this weekend’s show.

‘I know she would have put together another fantastic routine and we are very disappointed to miss musicals week together.

‘However, and with Vanessa’s blessing, I’ve been given an amazing opportunity by her and production to create something very special with another one of the show’s incredible pro skaters.’

He went on to explain he would instead be skating in tonight’s show with Brendyn.

Brendan went on to add: ‘He’s an awesome skate and I have no doubt we will be able to create something really special for Dancing On Ice musicals week!’ 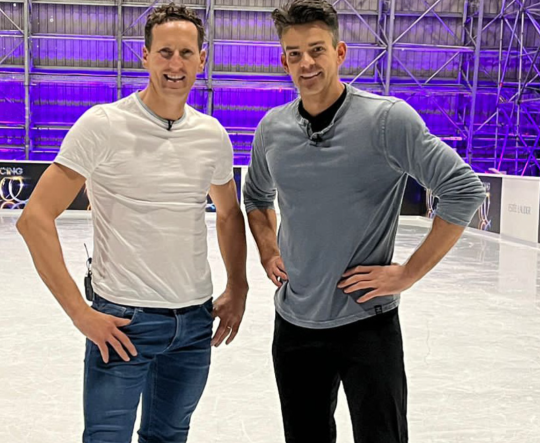 The pair shared a photo of them together in training earlier this week (Picture: Instagram)

‘I can’t thank him enough for stepping in,’ he concluded.

Brendyn himself said it was ‘an honour’ to be asked to skate with Brendan while Vanessa is unable to take part. He added that she is ‘a brilliant choreographer and I’ve loved watching her and Brendan skate each week’.

‘I’m looking forward to putting together an exciting routine for this Sunday’s show which I’m hoping will impress both the judges and viewers!’

Will Vanessa Bauer be back?

A spokesperson for Dancing On Ice confirmed that Vanessa will return to the show as soon as her isolation period ends, in accordance with their ‘stringent protocols’ to protect the health and safety of competitors and staff.

If Brendan, who has been awarded some of the highest scores so far from the panel, makes it through, Vanessa should return with him next week.

The isolation period only requires her to stay isolated for five days as long as she receives a negative test on the final day of her isolation.

So all being well, Vanessa should be back on the ice once more next Sunday.

Who is Brendyn Hatfield and who did he partner? 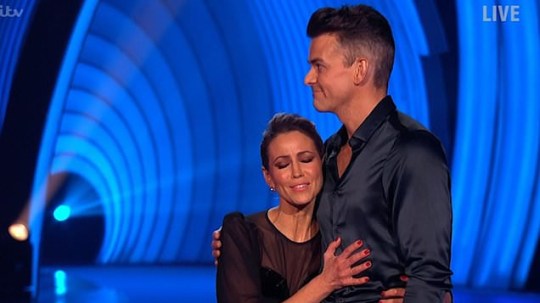 Brendyn and Rachel were voted out in week three (Picture: ITV)

Brendyn is one of the show’s professional skaters, having originally joined the line-up in 2020.

He returned this year with a new partner, after previously taking to the rink with ITV newsreader Lucrezia Millarini in 2020 and Lady Leshurr in 2021.

S Club 7 singer Rachel Stevens was partnered with Brendyn on this year’s series but left the competition in week three.

Brendyn is married to fellow Dancing on Ice pro skater Jessica Hatfield, who was the reserve dancer for the 2020 series.

Dancing On Ice continues tonight at 6pm on ITV.