Dancing With The Stars: Teresa Giudice on training with Pasha Pashkov

Teresa Giudice is on the line-up for Dancing With The Stars season 31 (Picture: Getty)

Teresa Giudice sent Housewives fans into a spin when she was unveiled on the line-up for Dancing With The Stars season 31, beside some other huge names.

The Real Housewives of New Jersey icon will be showing off her best moves on the dancefloor, beside professional partner Pasha Pashkov, when the new series begins on Disney+ on September 19.

Ahead of the show launch, the 50-year-old – who just tied the knot with new husband Luis Ruelas – opened up about how preparations were coming along, and admitted that she’s finding it all ‘very difficult’.

Speaking to Metro.co.uk ahead of the Oh Polly catwalk at Nolcha Shows New York Fashion Week event, she said: ‘I have to say it’s very difficult. But listen, I’m up for the challenge.

‘There’s a lot of moving parts to it. I’ve been on other shows, Celebrity Apprentice, Ultimate Girls Trip. Real Housewives of New Jersey – I just finished season 13. Fitness competitions… By far this is the hardest.’

RHONJ fans will know how hard the mom-of-four worked to compete in her bodybuilding competition, which was a major storyline in season nine as cameras followed her entire journey to the stage.

‘That was only one show,’ she continued, comparing the two. ‘It’s a lot because there’s a lot of moving parts [on DWTS]. I had to go on stage there one time, do my routine, it was quick. This is live!

‘There’s cameras, an audience. When I did the fitness competition, there were not that many people, it wasn’t live. It wasn’t on national TV.’

Let’s be honest, if anyone can do it, it’s Teresa Giudice. 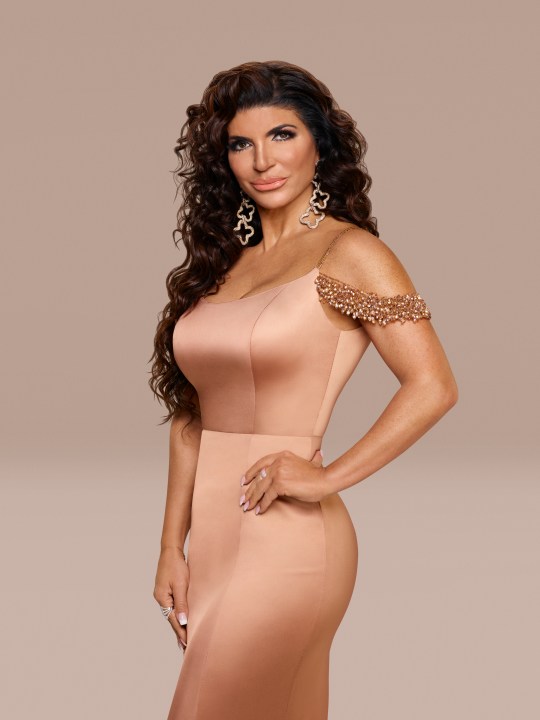 Teresa will be showing off her best moves on the dancefloor (Picture: Getty) 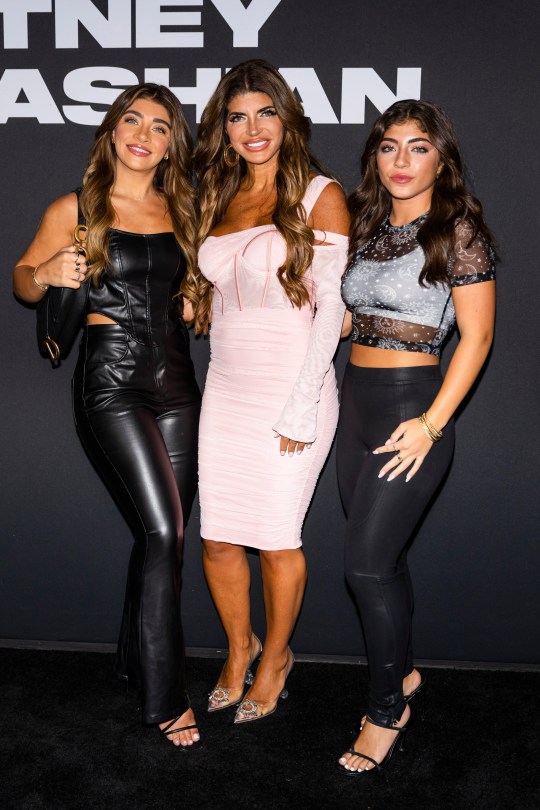 Teresa’s daughters, Gia (L) and Milania (R) confirmed they will be supporting her in person (Picture: WireImage)

The reality star also revealed that she picked the song that she and Pasha will be performing their first routine to – but stopped short of clueing us in any further on the performance.

She will also be surrounding by her children, who she shares with ex-husband Joe Giudice, who will be making the trip to cheer her on.

‘We’re going to be there for her first show.’

Dancing With The Stars season 31 premieres on September 19, on Disney +.