Warning: Spoilers for Doctor Who Flux: Village of the Angels (episode 4) ahead.

The Weeping Angels have returned to Doctor Who and all is right in the world.

Village of the Angels sees the Doctor (Jodie Whittaker) arrive in 1967 and stumble upon Medderton, known as the Cursed Village.

She quickly comes across Claire (Annabel Scholey) who’s clearly been sent back in time by the Angels, but it becomes apparent that they’re not done with her yet.

Meanwhile, Yaz (Mandip Gill) and Dan (John Bishop) are on a mission to help a little girl who’s gone missing. But there’s more to her story than meets the eye.

We’re going to put it out there that it would be pretty difficult to make a bad Weeping Angel episode of Doctor Who.

Created by Steven Moffat, the Angels are some of the most terrifying creatures to grace the sci-fi, and Village of the Angels was no different. 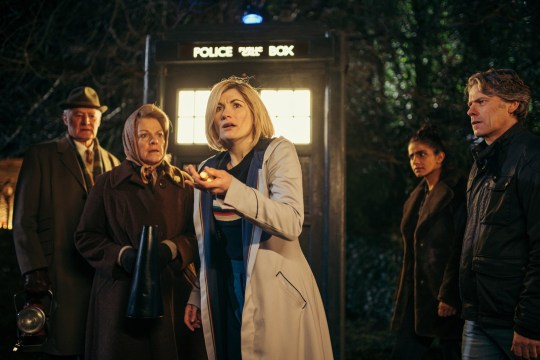 The Doctor is left a little helpless in Village of the Angels (Picture: BBC Studios/James Pardon) 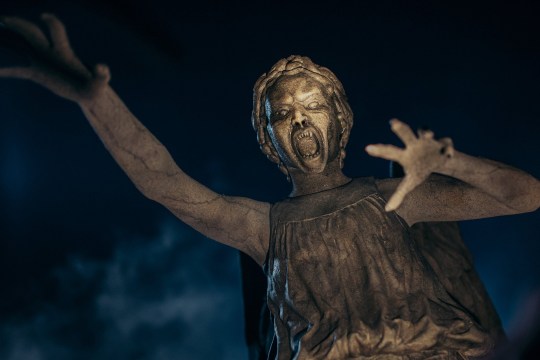 From the moment the Doctor first glimpsed the Angels this series, widened her eyes and uttered the immortal words: ‘Don’t blink’, it was hard not to be all in.

Of course, things were a bit different this time around, with a rogue Angel hijacking the body of Claire, with the Doctor attempting to coerce it out – all the while, trying to keep her eyes on an army of Angels that come looking.

The talking Angel twist wasn’t majorly effective, with it working to lessen the horror of the creatures a little, but when Claire delivered the shattering news that the Division wanted the Doctor back? Chilling! 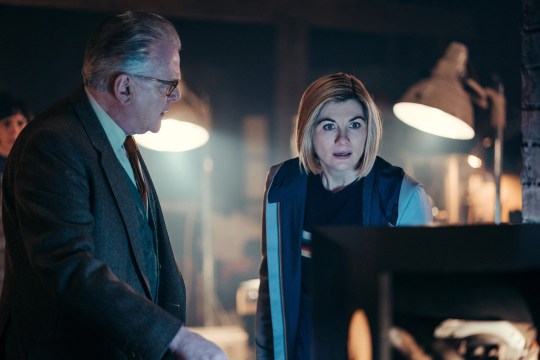 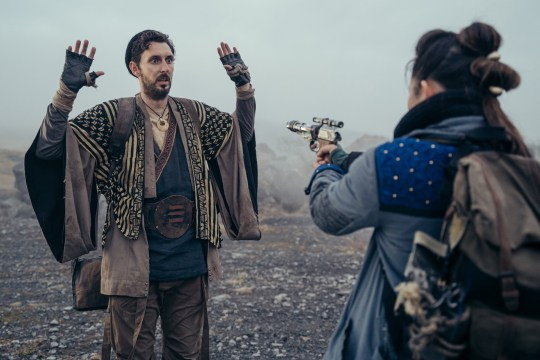 Annabel shone in her role as Claire, while Jodie, seeming a little helpless as the Doctor and left in utter horror on that cliffhanger, absolutely smashed it.

Meanwhile, every guest star, including Annabel, Kevin McNally as Professor Eustacius Jericho, and Vincent Brimble and Jemma Churchill as Gerald and Jean, absolutely held their own alongside the regular cast.

Elsewhere, Bel (Thaddea Graham) is continuing her search for Vinder (Jacob Anderson), coming across Blake Harrison’s Namaca, as we see the return of Rochenda Sandall’s Azure.

Taken in by Azure’s lies, Namaca narrowly escapes being imprisoned, and is able to send Vinder on her trail. But while our heroes escaped Azure’s clutches, clearly she and Swarm aren’t finished with their plans.

Overall, Village of the Angels did not disappoint.

While some of Doctor Who: Flux, and showrunner Chris Chibnall’s writing in general, has been rather forgettable, Village of the Angels is likely to go down as a pretty loved standalone story.

Most of all, we don’t think that shot of the Doctor opening the door to an army of Weeping Angels will leave our psyche anytime soon.

Doctor Who Flux: Survivors of the Flux airs Sunday at 6:25pm on BBC One.