Jodie Whittaker is back for her third outing in Doctor Who with a new trailer for series 13 teasing what’s in store for the Time Lord.

Jodie will once more play The Doctor with Mandip Gill as her BFF and assistant Yaz.

The ladies are joined on the series by comedian John Bishop, playing a brand new character called Dan, and we finally get to see him in action.

Jodie, Mandip and John attended Comic-Con @ Home where the first footage from the upcoming episodes was unveiled.

From the looks of this buzz-worthy teaser, which hints at the Doctor’s ‘biggest adventure yet’, there is plenty in store for the fam.

There may be trouble ahead too, as a concerned Yaz says to her two-hearted pal: ‘You’re hiding something.’

We also get to see a bit of John’s acting chops, and it’s clear his comic timing will be in full force as he steps on board the Tardis for the first time.

For all of a millisecond Game of Thrones star Jacob Anderson appears as new recurring character Vinder who will team up with the Doctor and her friends this series.

Jodie, 39, was announced as the 13th Doctor in July 2017 in a video, after stunning in roles like Beth Latimer in Broadchurch (alongside former Doctor Who actor David Tennant) and in BBC drama Trust Me. 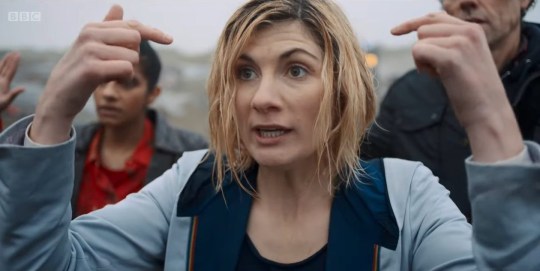 There’s more trouble ahead for the Doctor and her fam (Picture: BBC) 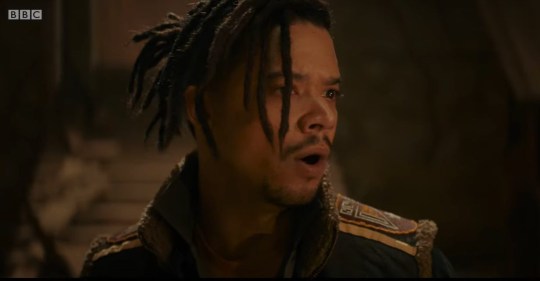 We meet brand new character Vinder for all of a millisecond (Picture: BBC) 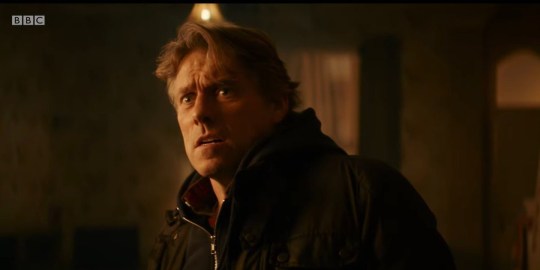 …and gets put through the wringer (Picture: BBC)

Fans recently marked the four year anniversary of her announcement as the star took over from Peter Capaldi, becoming the first woman ever to land the part.

As for the Broadchurch actress’ future in the Whoniverse, there have been unconfirmed reports that she is set to step down after this series, generating into the 14th Doctor in a special episode to air in 2022.

Names like Olly Alexander, Michaela Coel, Richard Ayoade, and Kris Marshall have been thrown around as a potential replacement – but Jodie might be staying longer than initially expected to take on two special episodes which will set up the 60th anniversary celebration. Bring it on!