Doctor Who series 13 is taking a different direction (Picture: BBC)

Doctor Who series 13 is going to focus on one storyline, breaking away from the usual ‘monster of the week’ format.

Show boss Chris shared on the panel that one storyline will run through all the series 13 episodes.

It is the same format he used for his crime drama Broadchurch, which starred actress Jodie.

‘It’s definitely the most ambitious thing we’ve done since we’ve been on the series,’ he said.

Chris Chibnall has revealed that #Series13 will be all one story! “It’s definitely the most ambitious thing we’ve done since we’ve been on the series” #DoctorWho

Details about the gun-toting newcomer are being kept under wraps but we know he will team up with the Doctor, Yaz and Dan as they fight evil across space and time.

On landing the role, the actor said he was thrilled to be joining the show he was such a big fan of growing up. 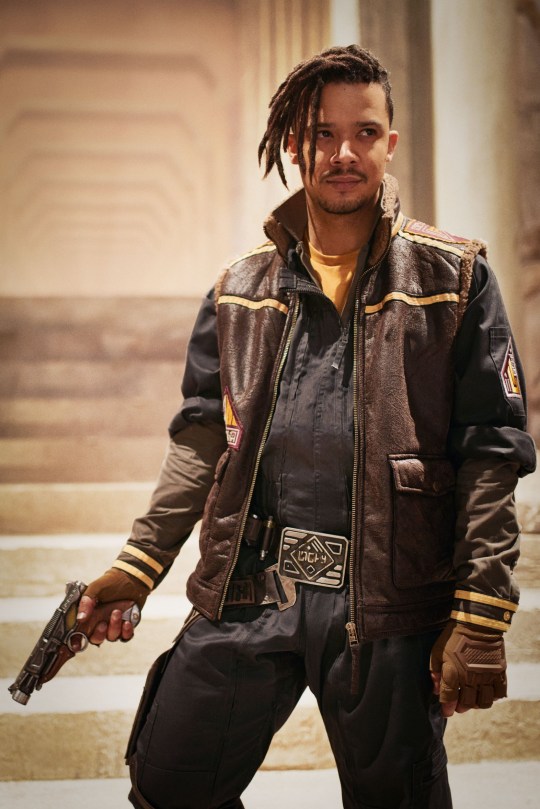 ‘The Doctor has been a part of my life forever, from watching and rewatching the serials on VHS as a kid and being terrified, to unexpectedly finding my eyes watering when the Tenth Doctor said “I don’t want to go”, I always wanted to live in the Whoniverse,’ Jacob shared.

‘Not only has a lifelong dream of mine now been fulfilled, but to be playing a character as fun, adventurous and dynamic as Vinder is the cherry on top. This is very cool.’

Series 13 is the third outing for Jodie’s Doctor, the first woman ever the play the role.

Doctor Who is set to return later this year.