RuPaul’s Drag Race UK star Scarlett Harlett has recalled what it was like seeing Alesha Dixon dance and sing along to her lip sync of Scandalous by Mis-Teeq, saying she was like a ‘drunk bride at a hen party’.

During last night’s episode of Drag Race UK season 3, Scarlett became the latest queen to be eliminated after going up against Vanity Milan in the lip sync.

Fans have been raving over the lip sync, which saw the pair show off their incredible performance skills in front of judges Michelle Visage, RuPaul, Alan Carr and extra special guest judge Alesha.

While speaking to Metro.co.uk and other press, Scarlett spoke out the rave reaction the lip sync has had with viewers, including all of the praise former Mis-Teeq member Alesha has received for getting up out of her seat and singing along to her track, which was released in 2003.

Scarlett explained that the Britain’s Got Talent judge’s reaction was ‘fuelling mine and Vanity’s performance, because she was like that drunk bride at the hen party that’s just living her best life and she’s had about 20 cocktails’.

‘Feeding off that energy and watching it was just totally fed into the performance as well I think,’ the 26-year-old said.


Scarlett made sure her exit was iconic (Picture: BBC) 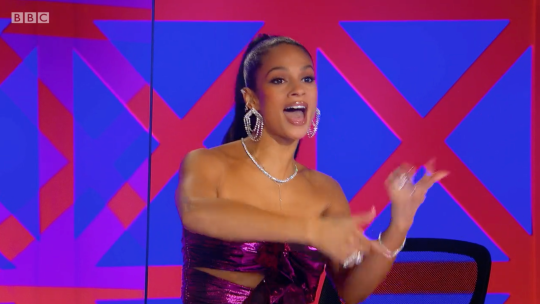 ‘Honestly, I love Scandalous, I love that song, I love Mis-Teeq. I grew up in the 90s with that kind of music and I love R&B music, so even though I knew that Vanity was going to absolutely wipe the floor with me, it was ok because I love that song and I was just ready to have a good time.’

Not only have numerous fans been rewatching the lip sync over and over again since the episode came out last night, but Scarlett’s exit from the show also left a lasting impression, as she screamed Zoe Slater’s iconic EastEnders line “You ain’t my mother!” before leaving the stage.

What Scarlett didn’t realise – until the episode came out last night – was that RuPaul then responded with Kat Slater’s famous line, shrieking: ‘Yes I am!’

‘Even with my exit line, I think it was so camp and seeing RuPaul’s reaction to when I said, “You ain’t my mother!” and him responding, which I didn’t know about until I saw it, because I didn’t hear it from the backstage area – I feel like I couldn’t have asked for a better exit,’ Scarlett said.

‘Even though I had to be eliminated, it was just fun to watch. That lip sync and then the exit… I was just really happy with it.’ 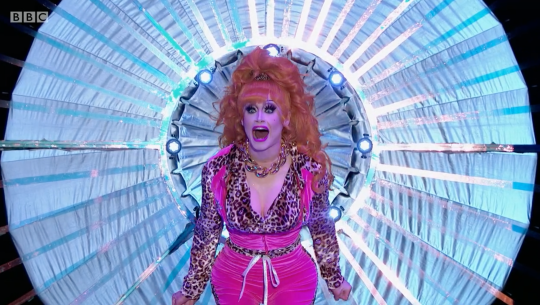 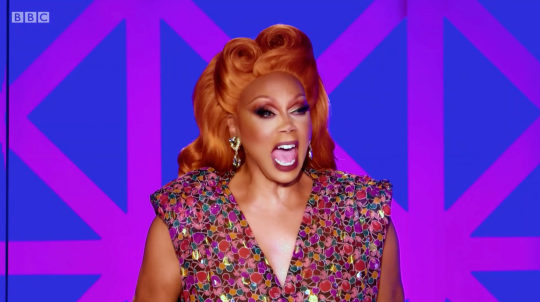 Scarlett added that it was a ‘lovely bonus’ to see how Ru responded to her departure, saying: ‘It was like I can die happy now knowing that RuPaul got the reference.’

While the drag queen had Ru in hysterics during Snatch Game with her performance as Home Alone’s Kevin McAllister, she revealed she’s yet to hear what actor Macaulay Culkin thought of the performance.

As for her takeaways from her time on Drag Race UK, Scarlett said that she’s ‘learnt not to take things so seriously’.

‘I really let my feelings and emotions affect me,’ she said. ‘I wish I wasn’t in my head sometimes and I was there to enjoy it.’

There are now only four queens left in the competition: Vanity, Krystal Versace, Kitty Scott-Claus and Ella Vaday.

So will be named the UK’s Next Drag Superstar and who will fall at the final hurdle? There isn’t long until we found out.

RuPaul’s Drag Race UK returns next Thursday at 7pm on BBC Three and is available to watch on BBC iPlayer.