This week on RuPaul’s Drag Race UK, it was all about fashion darling, as the queens were tasked with working in pairs to create complementary runway looks.

After all taking part in the ‘Naff-ta Awards’, each pairing was given a box of coloured fabrics selected for them by Sminty Drop, after she received the award for being the most chaotic queen of the cast.

While the colours worked to the advantages of some queens, others weren’t quite London Fashion Week ready, with judges RuPaul, Michelle Visage, Alan Carr and model Leomie Anderson assessing every single minute detail of their craftmanship.

In the end, Black Peppa and Copper Topp were the bottom two queens of the week, with the latter being sent home after a lip sync to Jax Jones and Ella Henderson.

From top to bottom, here are our rankings of the week. 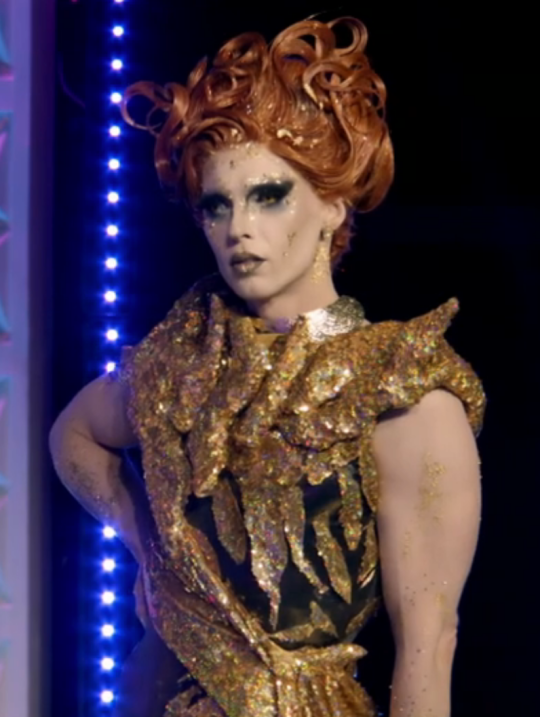 Cheddar Gorgeous has been living up to her stellar reputation since joining Drag Race UK, and this week was no different.

The artist knocked it out of the park with her gold creation, looking utterly ethereal from her face embellishments to her Medusa-esque wig and cascading gold gown. 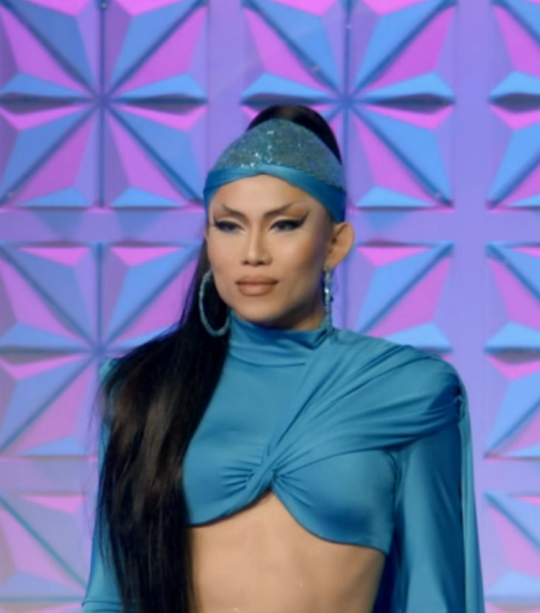 Le Fil is one to watch in our books. Just look at the gorgeous shape of their satin blue top?!

The performer oozed 1970s elegance with this ensemble, and every piece looked as though it had been professionally made. Not to mention Le Fil had fantastic synergy with their runway partner Sminty Drop. Bravo! 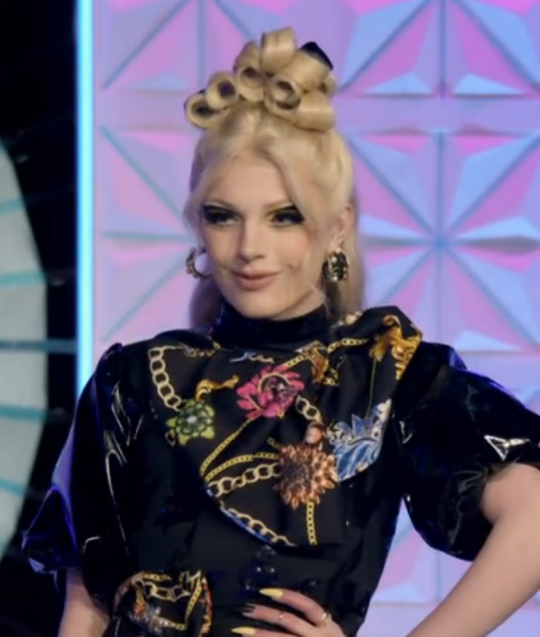 The more we look at Dakota’s outfit, the more we love it. Every single detail is so well-thought-out, from her eye make-up to the ribbon matching from her chest to her legs.

She and Baby were an extremely strong team, maybe sure they didn’t fade into the shadows with their black outfits in comparison to the bursts of colour being showcased by their competitors. Dakota’s love of fashion truly came out in full force! 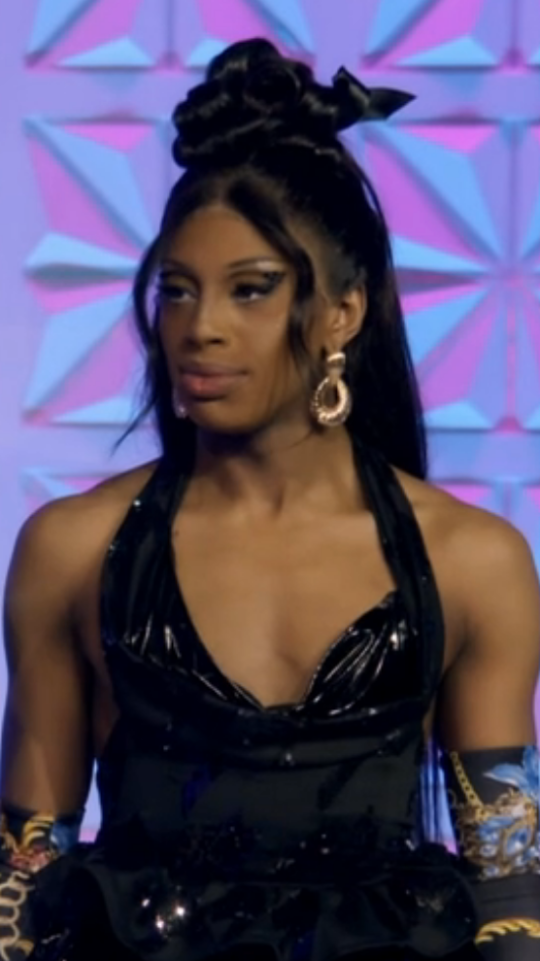 Following last week’s disappointment, when Baby and their team lost the girl group challenge, Baby had a fire in their belly to ensure they didn’t fall behind in episode three.

The drive to be at the top of the bunch definitely paid off, with Baby taking to the runway in a beautifully-crafted mini dress that perfectly complemented Dakota’s look, in a magnificent show of teamwork. 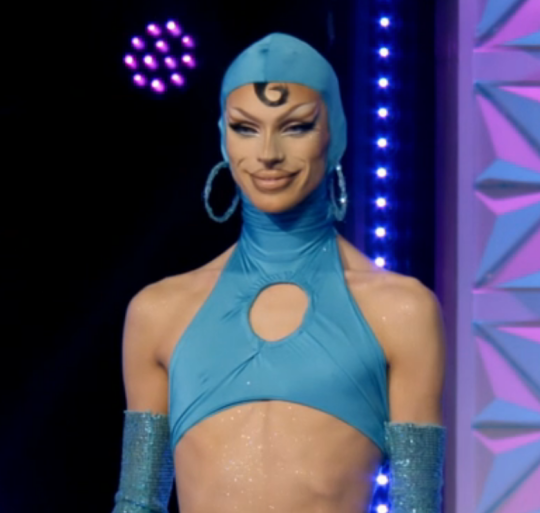 Sminty got over her concerns in the Werk Room (Picture: BBC)

When Sminty first started freaking out over the fabrics she and Le Fil had been given in their blue box, it appeared as though we were seeing a classic case of a Drag Race queen letting a minor obstacle get the better of them.

However, with the help of Le Fil’s patient encouragement, Sminty pulled it out of the bag, creating a look that while in need of some extra polish, stunned on the main stage. 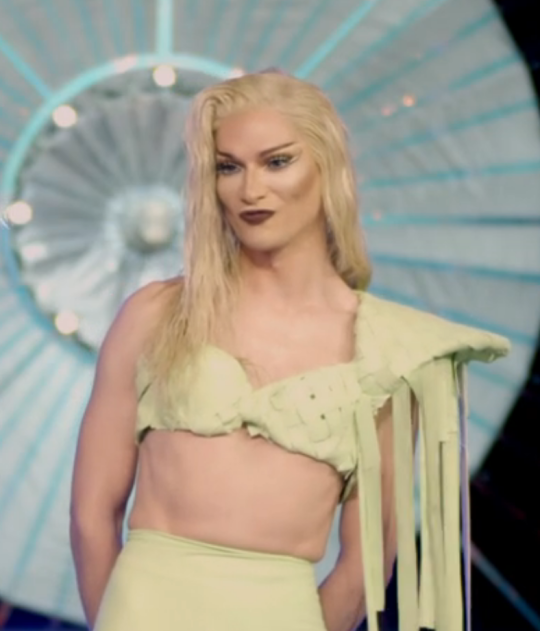 We were hoping this would be Jonbers’ big moment (Picture: BBC)

In the Werk Room, it seemed as though Black Peppa and Jonbers were onto a winning formula, with both of them proving talented and fashion-forward queens.

However, in retrospect, the pair ended up choosing a piece of fabric and weaving technique that didn’t work in their favour, although Jonbers must still be commended on creating a two-piece with a striking shoulder design that appealed to the eye. 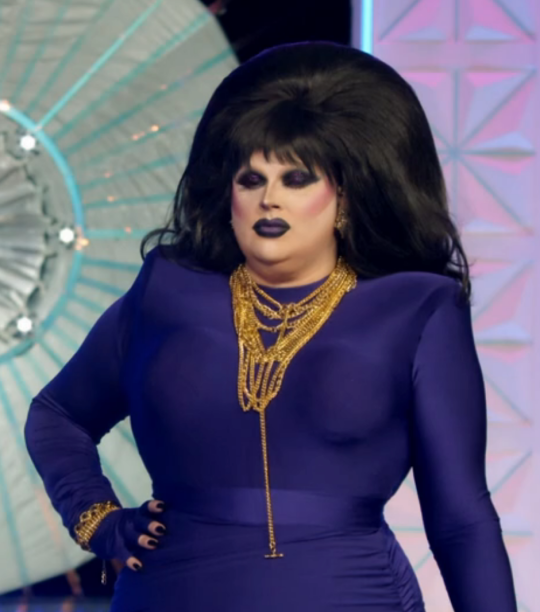 Pixie will be back next week (Picture: BBC)

For Pixie and Danny’s runway look, they basically created two of the almost-exact same outfit, as opposed to being more daring with their design choices like the other queens in the cast.

While we would have liked to see them push the boat out a bit more, playing it safe meant that they were declared safe by RuPaul, and Pixie’s look ended up being of a slightly more svelte shape than her partner’s. 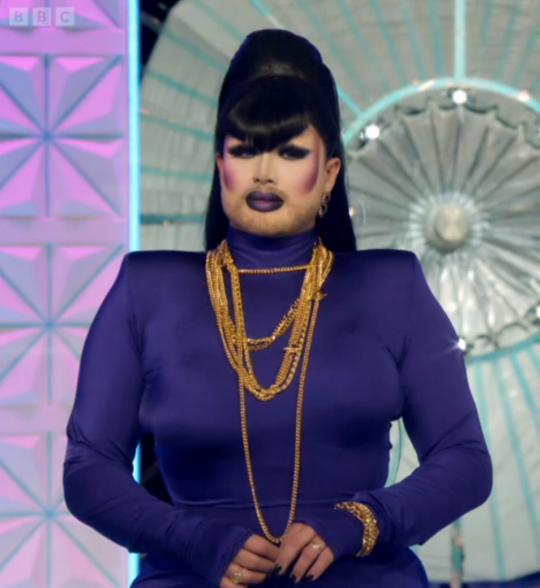 Danny was a delight in the Werk Room this week, beautifully comforting Pixie when she opened up about her break-up from Drag Race UK season two queen Tia Kofi.

On the runway, she and Pixie left much to be desired, presenting looks that while complete and well-thought-out, didn’t show much imagination, especially when we know their incredible potential and talent. 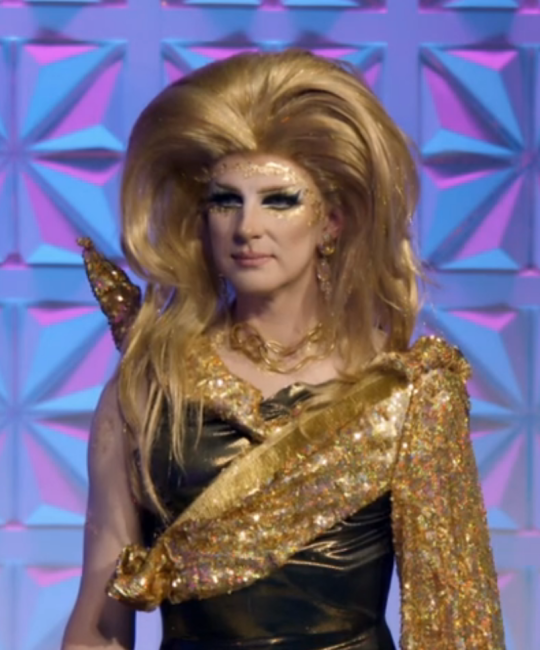 Despite Copper and Cheddar working so well together and striking gold with their fabrics for the runway challenge, unfortunately, the former’s outfit was picked apart by the judges.

Copper is definitely one of the sweetest contestants of this year’s competition, so we’re very sad to see her go, even though we feel the judges critiques of her look were valid. 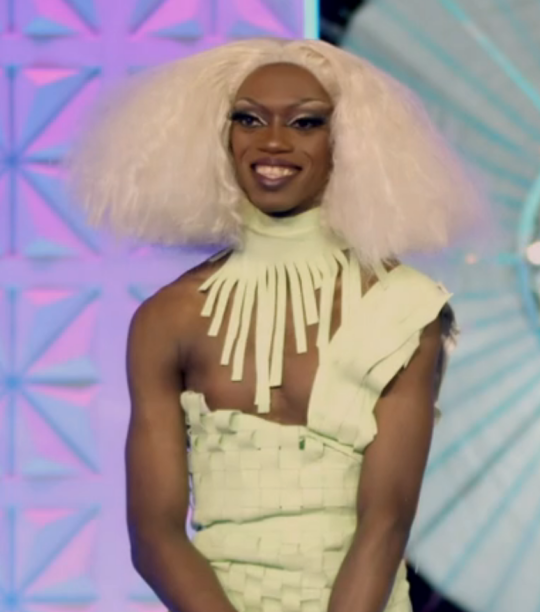 Black Peppa was crowned the winner of the week in episode one (Picture: BBC)

We hate to see Black Peppa at the bottom – of either our ranking or RuPaul’s – as in our eyes, she’s definitely one of our top contenders to win the crown at the end of the competition.

However, the fact that her outfit was literally falling down on her during her runway presentation and looked incomplete – despite the amount of time she spent on the weaving of the fabric – meant that this week she has to be in the bottom spot.