BLUDGEONED over the head and left for dead, it wasn’t looking promising for Ian Beale in Friday’s EastEnders, which started off it’s latest whodunnit mystery with a bang.

But among all the excitement, eagle-eyed viewers may have also noticed a cameo from actor Adam Woodyatt’s son Sam. 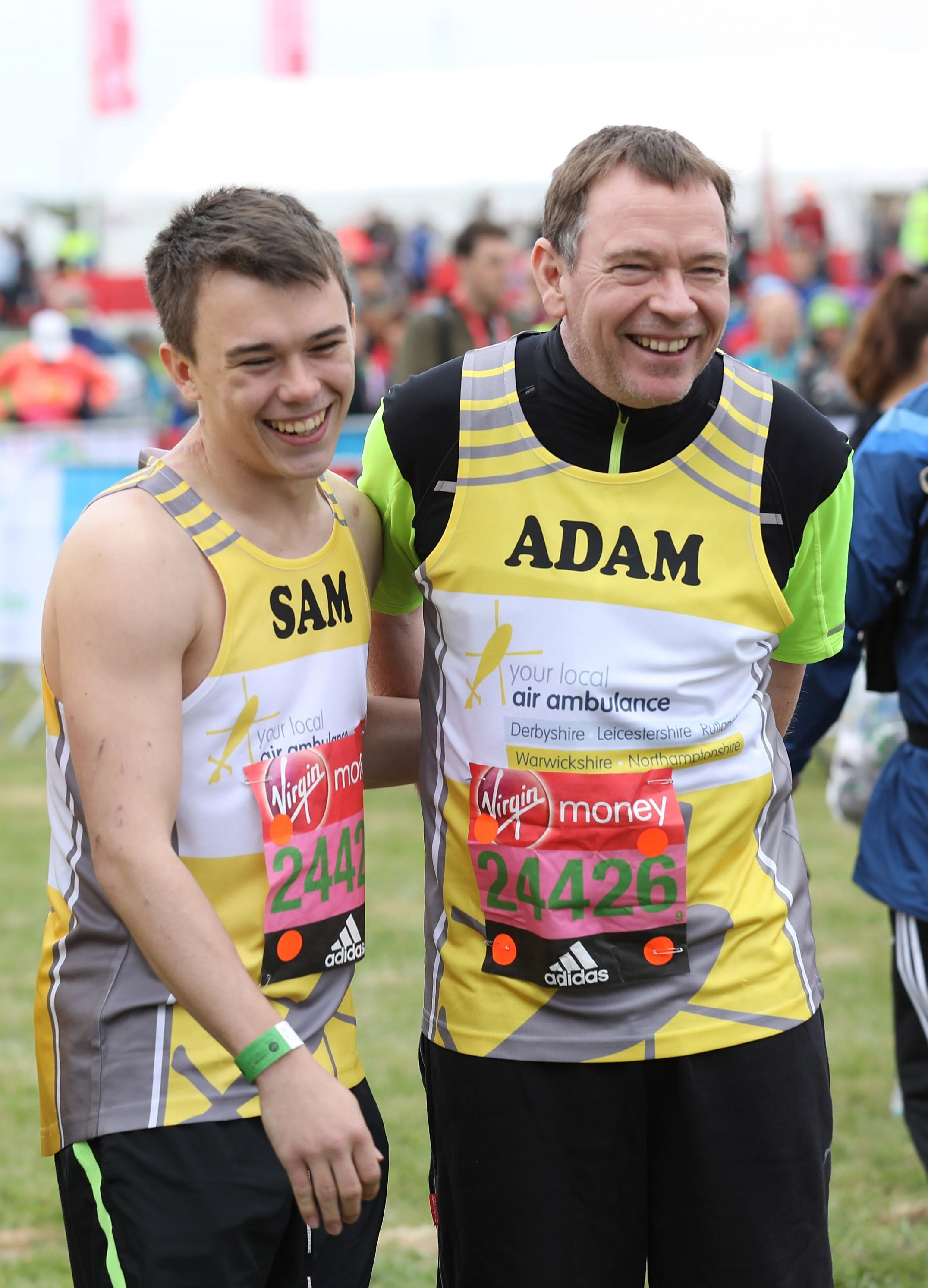 Adam and son Sam ran a marathon together

Playing the arresting officer, Sam followed in his fathers footsteps as he led Adam’s character away to a police car, thanks to Tina – played by Luisa Bradshaw-White.

The clever trick allowed for them to film a physical contact scene that didn’t require actors to social distance, because Adam and Sam share a bubble.

Viewers were pleased to see the show sticking to the rules, taking to Twitter to share support.

“Really good to see how you are keeping the social distancing rules working and that Sam is included in this episode,” wrote one woman, while another agreed: “Brilliant, they’ve done that so well!” 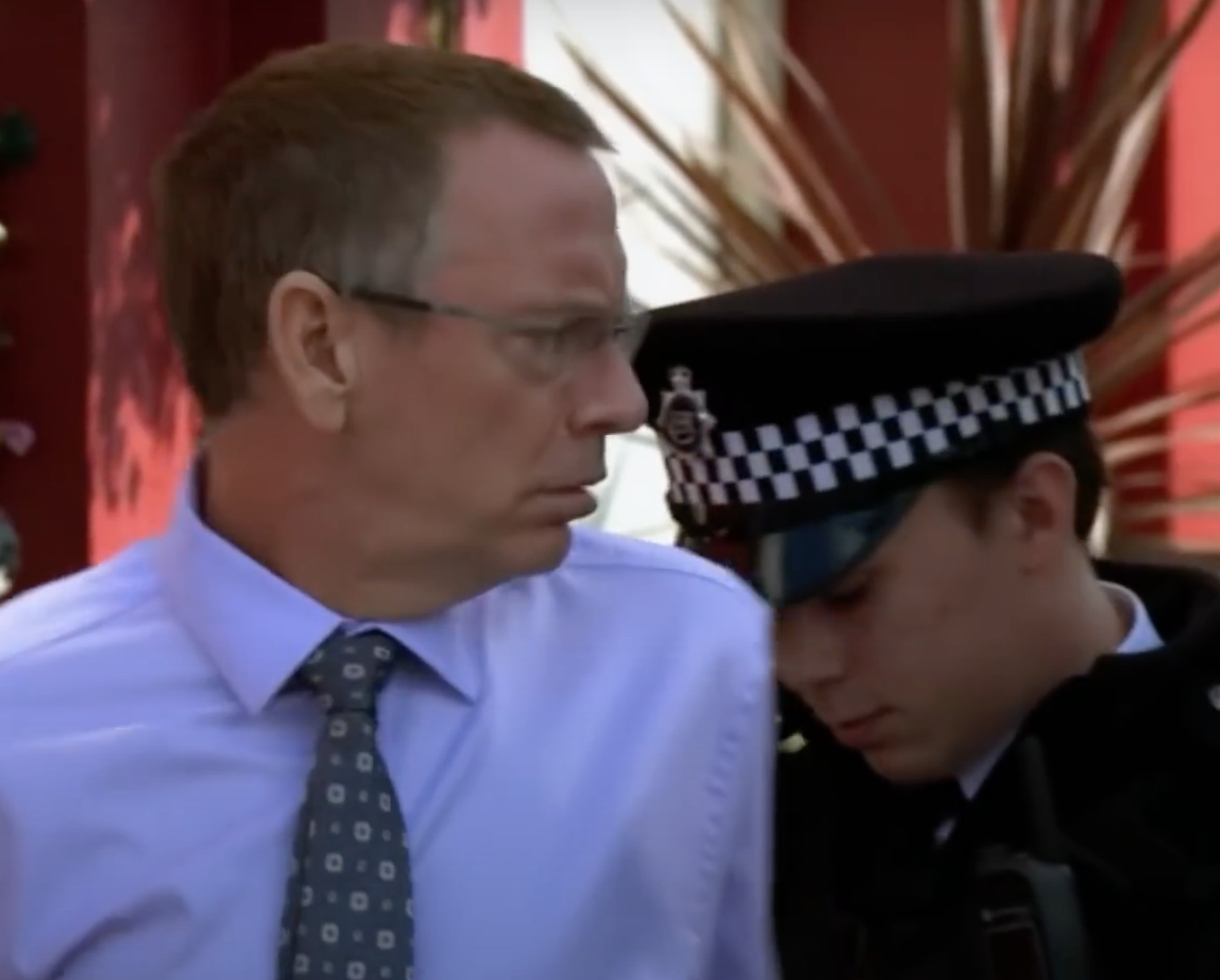 It’s not the first time it’s been done, with Kellie Bright’s husband brought on-screen to portray Max Branning as he shared a kiss with Linda.

In 2016, Sam suffered a serious injury after an accident that saw him hit by a car.

Just months later, he defied the odds and made a recovery in order to run the London marathon alongside dad Adam. 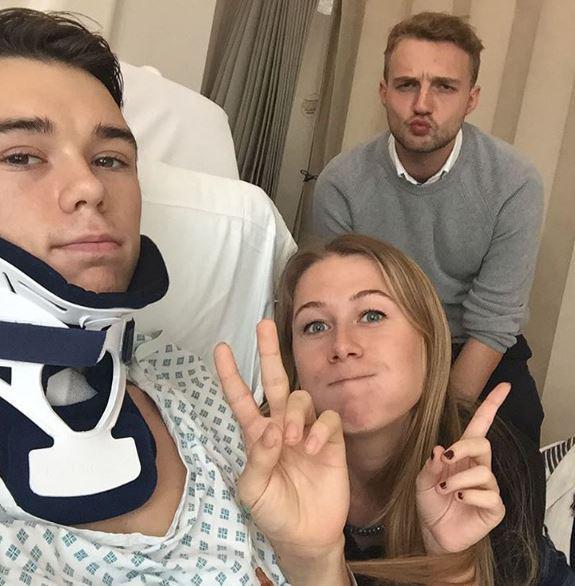 Sam (left) had an accident in 2016, but made a miraculous recovery

Together they raised £6,500 for the London Air Ambulance service to thank them for their help.

Adam is due to take a break from the soap for the current storyline, with the attack seeing Ian Beale out of action.

Fans will have to wait to find out the truth, with suspects spanning the square from Ben Mitchell to Stuart Highway and even Peter Beale.