EastEnders spoilers: Ian and Tina conflict on the street over destiny of Queen Vic

EASTENDERS’ Ian Beale laid down the law to Tina Carter as he told the red-head in no uncertain terms she can have the Queen Vic pub – “over my dead body.”

The failed businessman is seen making the chilling threat as Luisa Bradshaw-White’s character wipes away tears while standing in front of the soap’s iconic boozer. 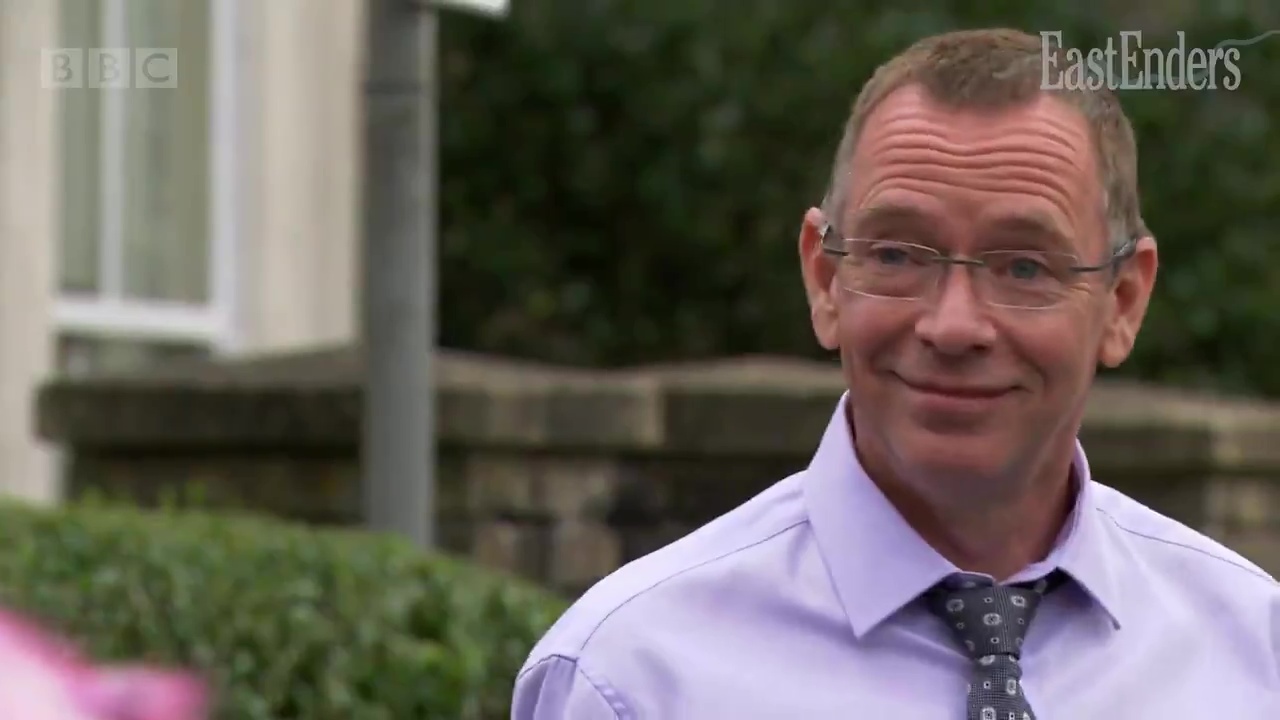 EastEnders’ Ian Beale will make a chilling threat about the Queen Vic in tonight’s episodeCredit: Twitter

A spoiler clip of tonight’s soap, aired on EastEnders‘ Twitter account, was uploaded with Ian’s bold pull-quote: “You can have The Vic… over my dead body.” EastEnders. Tonight. 8.05pm.”

It sees Mick Carter’s aunt, dressed in a loud multicolour faux fur coat, clearly distressed standing in the road by the Queen Vic.

Ian – who was recently found out for stealing from his dead daughter’s charity – approached and said: “I’ve been looking for you.

“Oh what’s the matter, surprised to see me? Good friends with my mother aren’t you – in on all her secrets.” 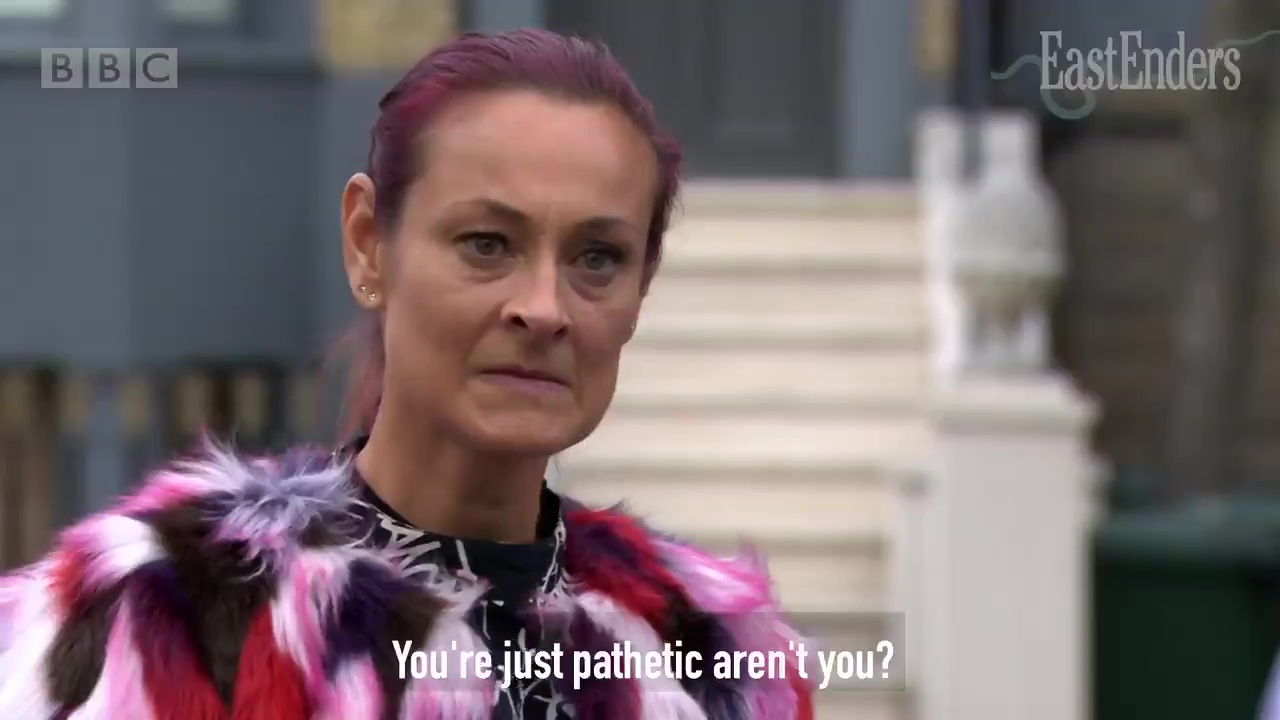 He tells Tina Carter she can have the iconic boozer ‘over my dead body’Credit: Twitter 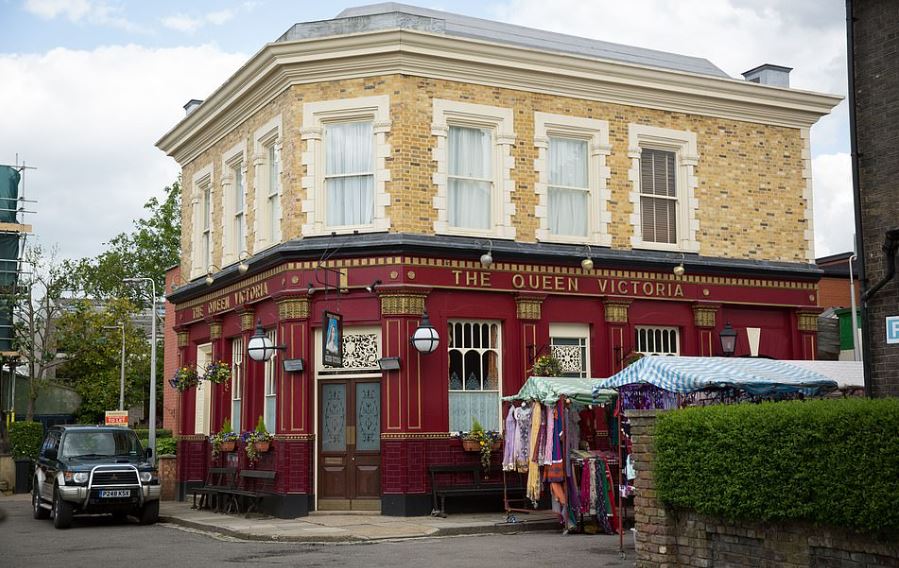 Tina has vowed to reclaim the pub for her nephew Mick CarterCredit: BBC

He continued: “What did you think was going to happen, that my mum would just leave me there to rot?

“So short sighted biting the hand that feeds. I mean you have ruined my political career

“You are barred from my pub, you and everyone in your family.”

Finally mustering the bravery to speak, Tina uttered: “It’s Mick’s pub, and you don’t deserve it. You never will.” 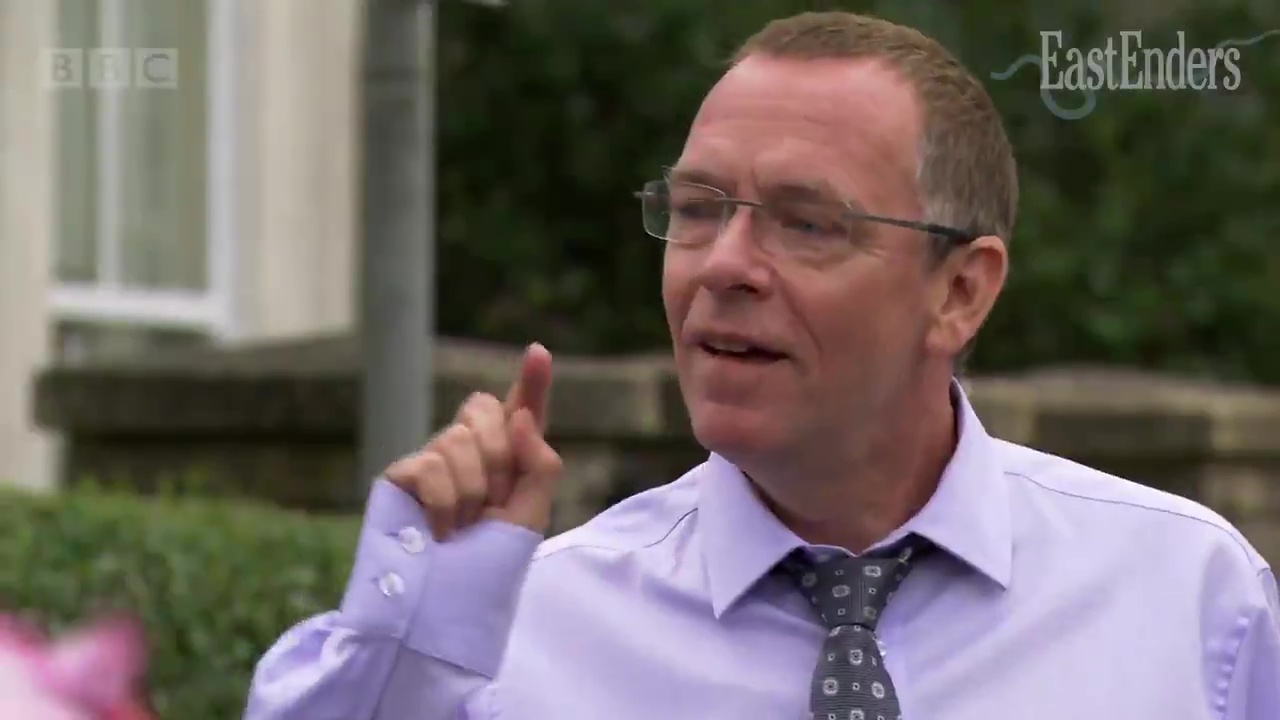 Ian told Tina and the rest of the Carters they were barredCredit: Twitter 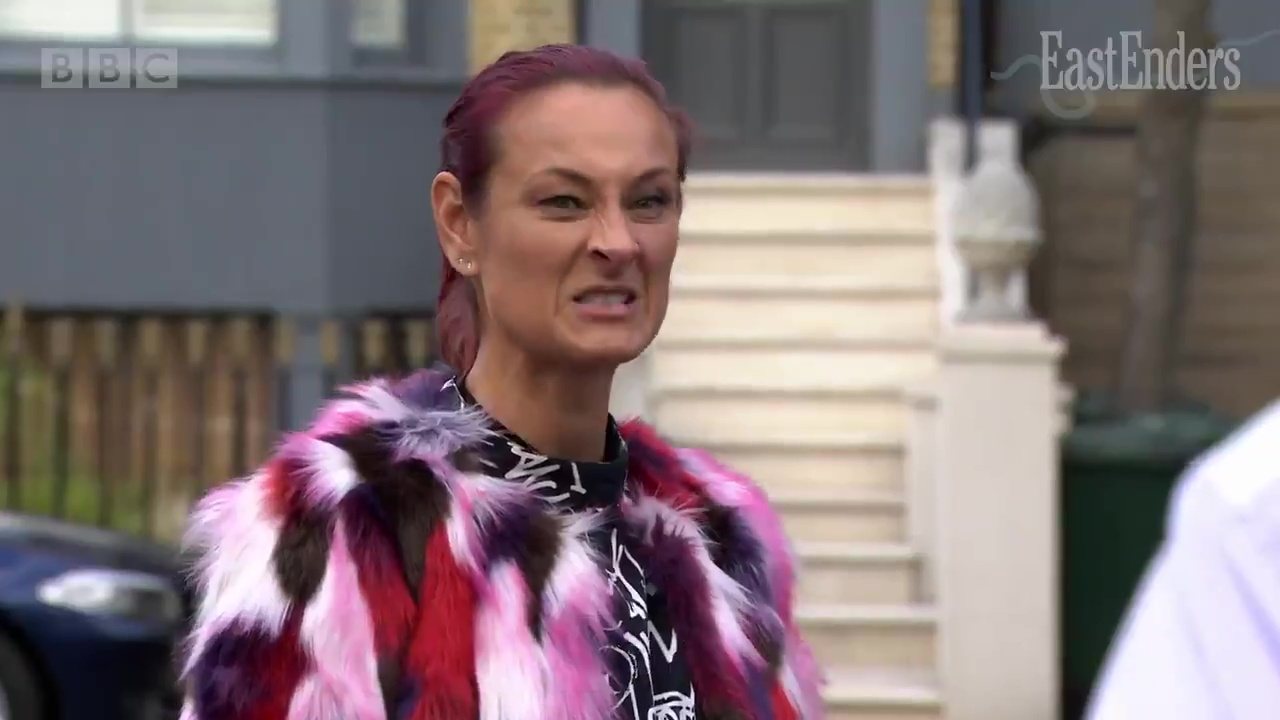 A furious Tina, played by Luisa Bradshaw-White, told Ian he ‘never will’ deserve the pubCredit: Twitter

Ian, played by Adam Woodyatt, then had a lightbulb moment before he squealed: “Ah that’s what this is about, I get it, you thought you were going to get the pub.

“So without a bar to stand behind … you’re just pathetic aren’t you?”

In a chilling conclusion Ian added: “I tell you what you can have the Vic – over my dead body.”

He then flashed a beaming smile as he walked away down the Square. 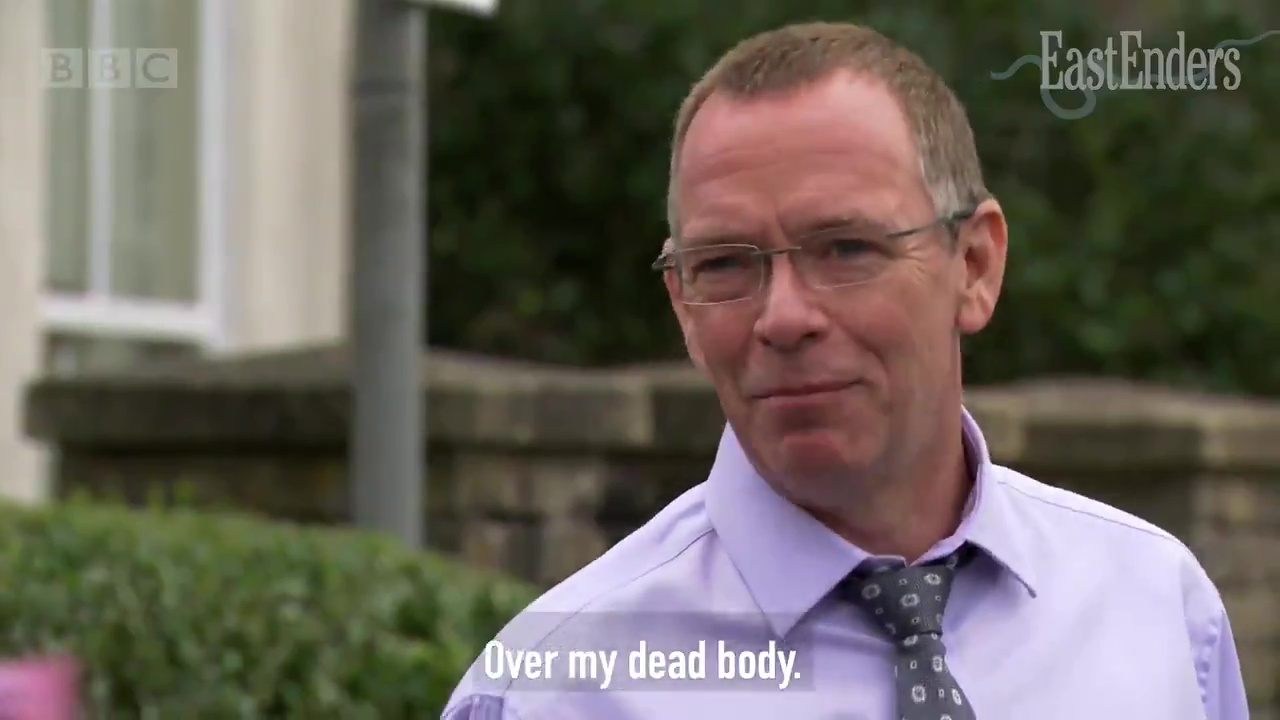 Fans were divided over Tina’s statement, with one raging: “Omg, Tina it isn’t Mick’s pub anymore. You know it’s bad when I’m on Ian’s side.”

Another posted: “Is Tina stupid?! Why on earth does she think The Vic is Mick’s?! Don’t get me wrong, can’t stand Ian; but Sharon Watts and her parents were there before any of them!!! Can’t wait for Tina to go, she’s doing my head in! And Mick sour face is no better! Take him too!”

Yet others were happy Ian’s chilling comment could have sealed his fate.

The longstanding character will soon be left for dead in a horror attack in the pub – with multiple suspects. 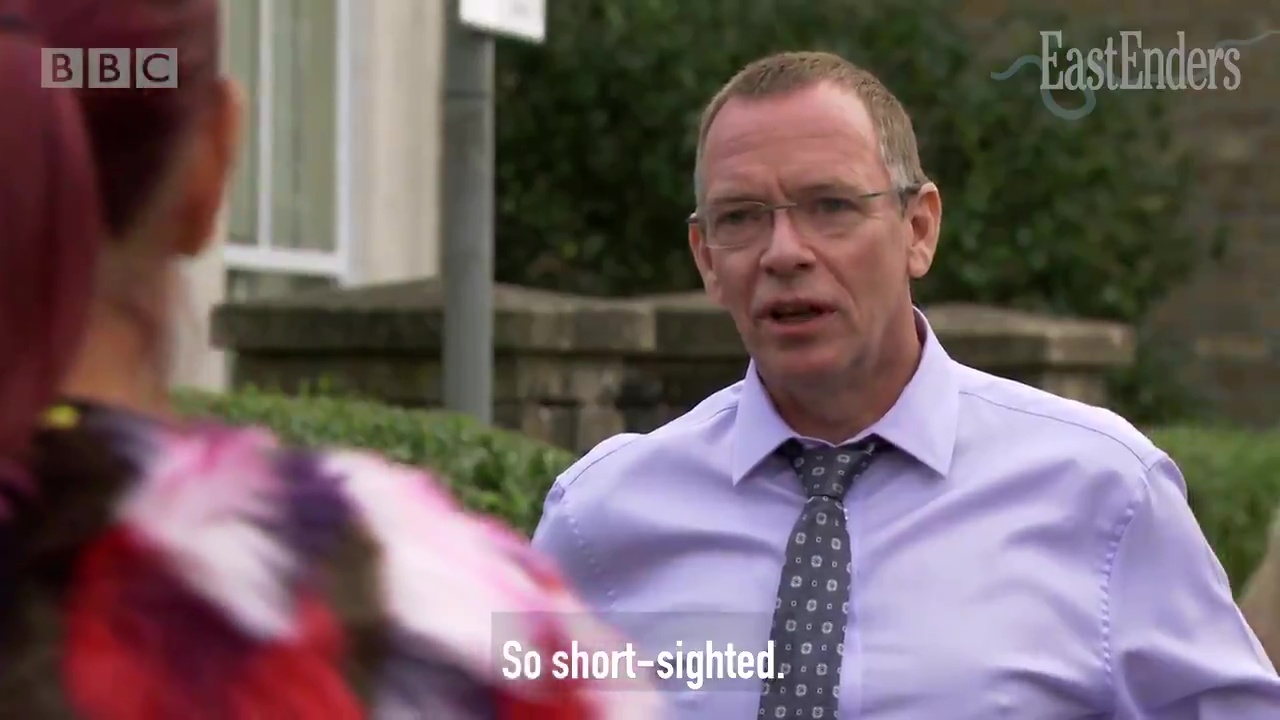 Fans think Tina is a contender to attack Adam Woodyatt’s character after their tense scenesCredit: Twitter 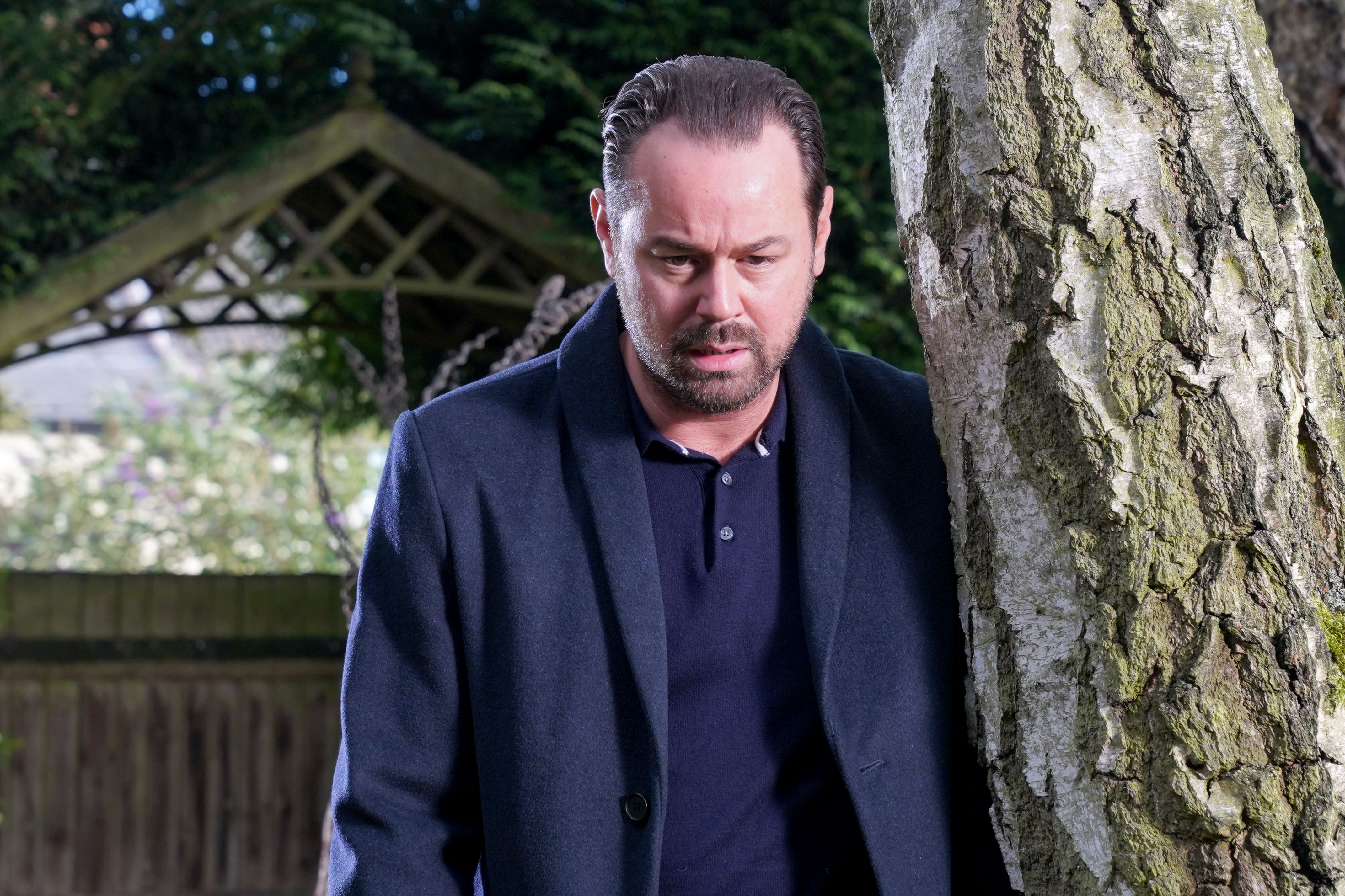 Ian will manage to make even more surprise enemies in the lead up to The Queen Vic attack – perhaps including Tina – which will spark a huge whodunit mystery.

One fan commented under tonight’s preview: “I am so sick of Ian and his smug face. I can’t wait for someone to wipe it off and for him to leave.

“I won’t miss him for sure. I don’t know who the hell he thinks he is!” 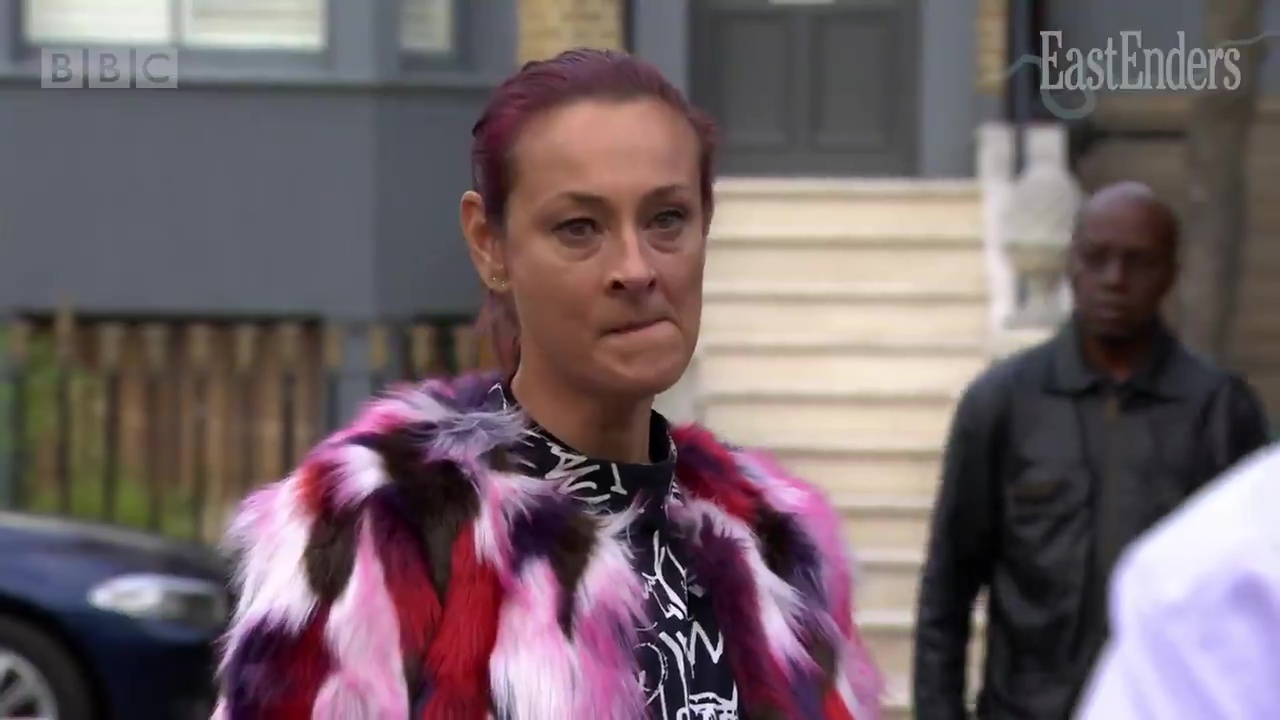 Tina could become embroiled in the whodunnit plotCredit: Twitter 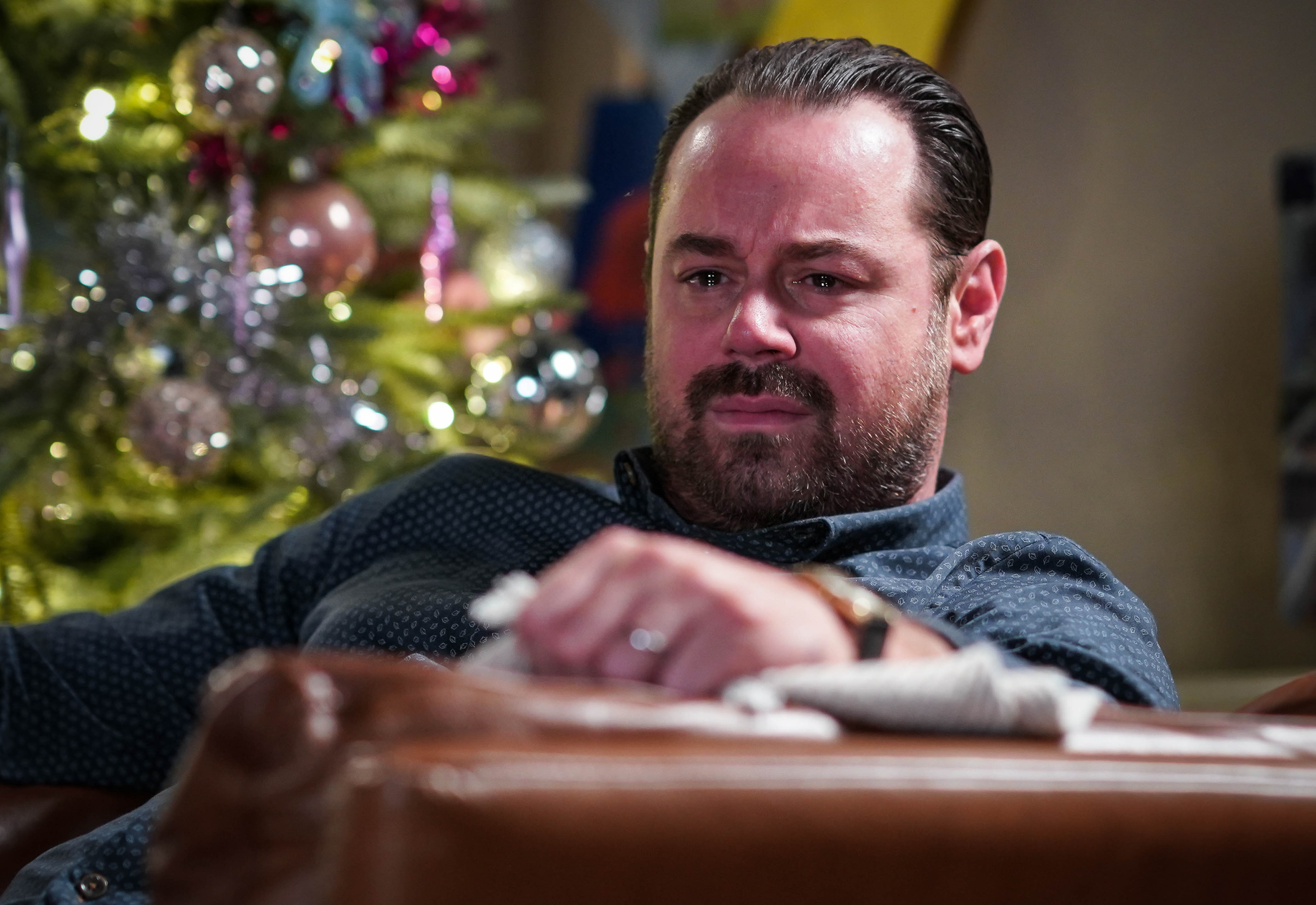 Mick moved out of the Vic to take care of wife LindaCredit: BBC

One savvy soap fan then added: “I bet it’s Tina who tries to kill him, it’s prob her exit storyline!”

In upcoming scenes, soap previews have revealed Ian lying motionless on the Vic’s floor after an attack.

Yet it remains to be seen if Tina – who previously vowed to get the pub back for Mick after he sold it to take care of wife Linda – is the culprit.