Emmys 2021: Michaela Coel’s I May Destroy You win delights fans

After multiple snubs, Michaela Cole’s I May Destroy You finally got the respect it deserves at Sunday night’s Emmys.

The 73rd Emmy Awards saw the talented actress nab the gong for outstanding writing for a limited or anthology series or movie, much to the delight of the audience and viewers.

The British star was visibly shocked as Sir Patrick Stewart called out her name for the win, with her delighted co-stars rushing to embrace her.

The 33-year-old then took to the stage to do what she does best, reading out a moving poem before dedicating her win to the survivors of sexual assault.

‘I just wrote a little something, for writers, really,’ she began. ‘Write the tale that scares you, that makes you feel uncertain, that isn’t comfortable. I dare you.’

The Chewing Gum star continued: ‘In a world that entices us to browse through the lives of others to help us better determine how we feel about ourselves, and to in turn feel the need to be constantly visible, for visibility these days seems to somehow equate to success—do not be afraid to disappear. From it. From us. For a while. And see what comes to you in the silence.’ 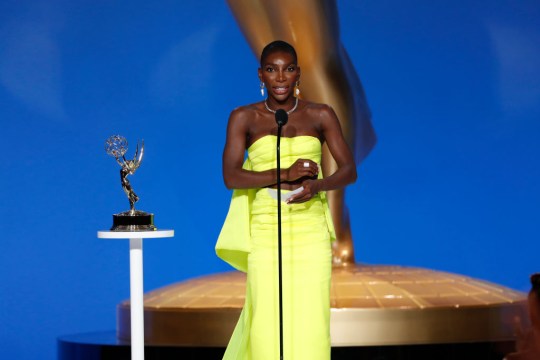 The I May Destroy You star kept her speech short and impactful (Picture: Cliff Lipson/CBS via Getty Images)

She then concluded: ‘I dedicate this story to every single survivor of sexual assault. Thank you.’

Her drama began a smash hit across the globe last year for the powerful way it explored consent, inspired by Coel’s own experiences of being assaulted. 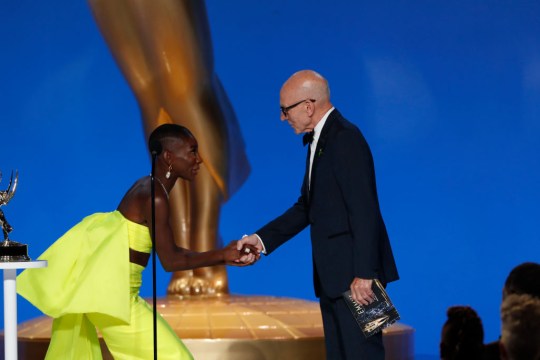 ‘Súper happy for Michael coel winning best writing for a limited show. The highlight of the night for me. #Emmys’, another tweeted.

Hosted by comedian and actor Cedric the Entertainer, the 73rd annual Emmy Awards saw Hollywood come together in Los Angeles to celebrate the best of TV.

The awards ceremony had been held at The Microsoft Theatre since 2008 but the event was took place in a tent in downtown this year, while 2020’s ceremony was held virtually due to coronavirus restrictions.

September 19 marked the return of in-person attendance, however the socially distance seating plan meant that only 500 guests attended compared to the several thousand in previous years.

Fully vaccinated attendants had to follow strict Covid-19 protocols throughout the ceremony, including testing and wearing a mask when they were not on camera. 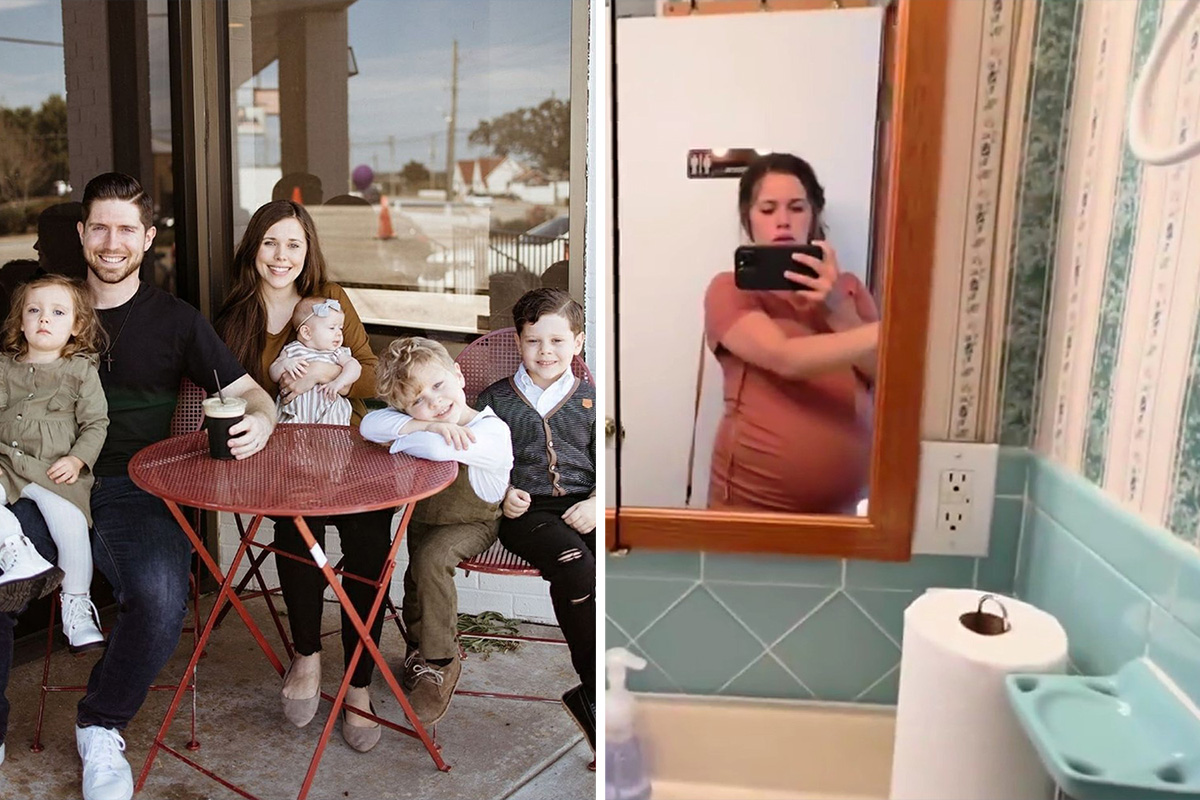