Fox News: The 17 most controversial moments of all time 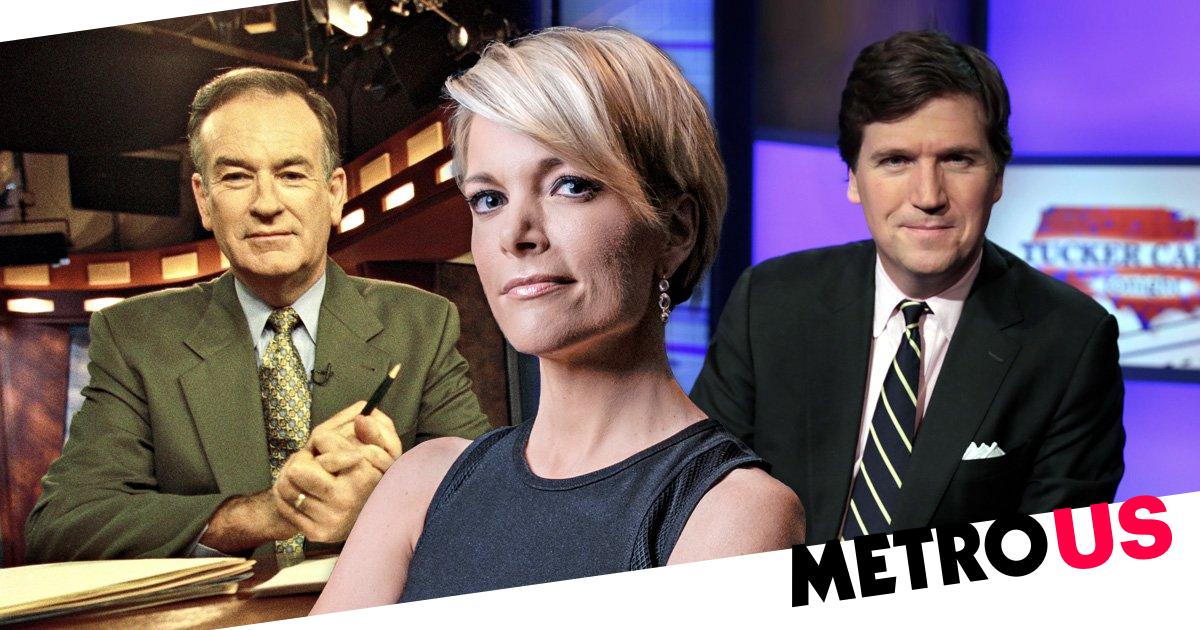 Fox News has certainly made a huge impact on the American media landscape since it launched in 1996 (Picture: AP/ Getty)

The Fox News channel launched 25 years ago on October 7, 1996, and it is safe to say it has made a lasting mark on the American media landscape ever since.

Brought to the world by Rupert Murdoch and Roger Ailes, it didn’t take long for the controversial views shared by conservative prime time hosts to make headlines on a regular basis.

Indeed, partisan issues continue to dominating airtime on the network more than ever as the organization marks the milestone year.

Opinions about poverty, rape on college campuses and white supremacy has all seen the network trending worldwide over the years, so here are some of the most controversial moments to date.

In 2011, a segment on Your World with Neil Cavuto caused quite the stir.

The discussion was in reaction to a controversial Heritage Foundation study that claimed the definition of poverty has changed because most poor households had ‘modern conveniences such as microwaves and refrigerators.

Pundit Stuart Varney’s comments suggesting that people living below the poverty line were actually living better than your average European did not go down well.

Anchor E.D. Hill introduced the segment stating, ‘A fist bump? A pound? A terrorist fist jab? The gesture everyone seems to interpret differently.’

Another quip saw her claim that the ‘fist thump’ was the ‘sort of a signal that young people get’. She eventually apologized for her remarks.

Snide remarks about women in science

In April 2019, Carlson came under fire for sexist remarks during a segement about the climate crisis.

When discussing a scientific study which had been female scientists, he stated: ‘How did we wind up with a country in which feminists do science?’

In 2003, Bill O’Reilly shocked the nation during his heated interview with Jeremy Glick, whose father was killed in the September 11 attacks.

The heated exchange saw O’Reilly challenge Glick’s anti-war stance before his guest accused O’Reilly of using 9/11 to advance his own agenda.

‘You evoke 9/11 to rationalize everything from domestic plunder to imperialistic aggression worldwide,’ Glick stated.

‘Shut up. Shut up. Cut his mic. I’m not going to dress you down anymore, out of respect for your father.’

In 2013, Bob Beckel attempted to claim that rape cases in college weren’t happening as often as data claimed.

‘When was the last time you heard about a rape on campus?’ he asked stunned colleagues on The Five.

Meanwhile, Brit Hume went on to question campus rape statistics and suggested that liberals had created an ‘almost entirely false narrative’ about the issue.

In 2019, Carlson appeared to suggest that immigration was a large factor in the rise of homelessness across America.

The tagline for his segment read: ‘With so many people priced out of housing, wouldn’t local leaders want to stop the flow of new arrivals to get prices under control?’

In 2009, he even listed some of the animals that humans might choose to marry such as goats, ducks, dolphins, and turtles.

By 2013, the anchor appeared to have changed his opinion about the matter and stated that he ‘doesn’t feel strongly’ about same-sex marriage.

Tucker Carlson: White supremacy is “actually not a real problem in America.” Calling white supremacy and issue is “a hoax” and “a conspiracy theory used to divide the country” pic.twitter.com/ydzmJ0L7UI

In 2019, Carlson made surprising comments in reaction to a shooting in El Paso, Texas which saw a guman – that identified as a white supremacist – kill at least 22 people.

Carlson insisted that the racist movement wasn’t actually ‘a real problem in America’ and claimed it was a ‘hoax’ and ‘a conspiracy theory used to divide the country’.

During an apperance on Hannity in 2013, Dr Carson reaction to Supreme Court hearings on gay marriage made wves.

The former neurosurgeon stated: ‘Well, my thoughts are that marriage is between a man and a woman. It’s a well-established, fundamental pillar of society and no group — be they gays, be they NAMBLA [The North American Man/Boy Love Association], be they people who believe in bestiality — it doesn’t matter what they are, they don’t get to change the definition.

‘So he, it’s not something that is against gays, it’s against anybody who wants to come along and change the fundamental definitions of pillars of society. It has significant ramifications.’

Blaming ‘wokeness’ on the spread of Covid

Tucker Carlson on the spread of the Coronavirus: “Wokeness is a cult. They’d let you die before they admitted that diversity is not our strength.” pic.twitter.com/BCvG4LLmlZ

As the coronavirus pandemic began to make its mark in 2020, Carlson threw the blame at ‘wokeness’ and the fact people were calling out racist reactions toward Chinese people.

He stated: ‘Wokeness is a cult. They’d let you die before they admitted that diversity is not our strength.’

Claiming Trayvon Martin’s hoodie was the reason for his death

On Fox & Friends in 2012, George Rivera claimed Trayvon Martin, the unarmed black teenager shot by George Zimmerman, was killed in part because he was wearing a hoodie.

‘I think the hoodie is as much responsible for Trayvon Martin’s death as George Zimmerman was,’ Rivera said. ‘Leave the hoodie home.’

After the clip went viral, he later tried to explain his comments, but maintained that Martin’s hoodie was responsible for his death.

A news reader on a major network, Carlson could do the decent thing by learning to pronounce the name of the future vice-president correctly but after being told how to say Kamala Harris properly, he flew into a rage.

During a Fox Business segment in 2013, Lou Dobbs, Juan Williams and Erick Erickson got riled up about a study about more women than ever being primary earners in the household.

‘When you look at biology, look at the natural world, the roles of a male and a female in society, and other animals, the male typically is the dominant role,’ Erickson stated before claimed it was ‘anti-science’ to claim otherwise.

Later on, fellow Fox News star Megyn Kelly brought both Dobbs and Erickson on her program and ripped into them.

During a discussion of a Swedish and Finnish study that found married people were less susceptible to Alzheimer’s disease than unmarried ones in 2009, Brian Kilmeade suggested the findings wouldn’t apply as much to Americans.

‘We [Americans] keep marrying other species and other ethnicities … Swedes have pure genes … in America we marry everybody…,’ he claimed.

Kilmeade later apologized: ‘I made comments that were offensive to many people. That was not my intention, and looking back at those comments, I realize they were inappropriate.

‘For that I sincerely apologize. America [is a] huge melting pot, and that is what makes us such a great country.’

Claiming that Jesus and Santa are white men

In December 2013, Meghan Kelly was discussing a piece by Aisha Harris about a black vs white Santa.

Kelly chose to argue that both Santa and Jesus (who was born in modern-day Palestine) were white men as she said: ‘You know, I’ve given her her due. Just because it makes you feel uncomfortable doesn’t mean it has to change.

‘Jesus was a white man too. It’s like we have – he’s a historical figure that’s a verifiable fact, as is Santa, I just want kids to know that. How do you revise it in the middle of the legacy in the story and change Santa from white to black?’

Kelly later defended her comments and argued that the panel was a ‘lighthearted segment’.

She insisted she ‘offered a tongue-in-cheek message to kids watching, saying that Santa, who I joked is a real person whose race is identifiable, is white – just as Harris claimed in her piece, but that we were debating that somehow should change.’

In 2012, Liz Trotta left the nation shocked while discussing the rising rates of sexual assault in the military.

She claimed that feminists ‘want to be warriors and victims at the same time’, before claiming that taxpayer dollars were being wasted on a ‘whole bureaucracy upon bureaucracy being built up with all kinds of levels of people to support women in the military who are now being raped too much.’

In 2013, O’Reilly made a controversial comment about Asians while discussing Hawaii’s debt crisis.

He joked: ‘But you know what’s shocking? Thirty-five percent of the Hawaiian population is Asian, and Asian people are not liberal, you know, by nature. They’re usually more industrious and hardworking.’ 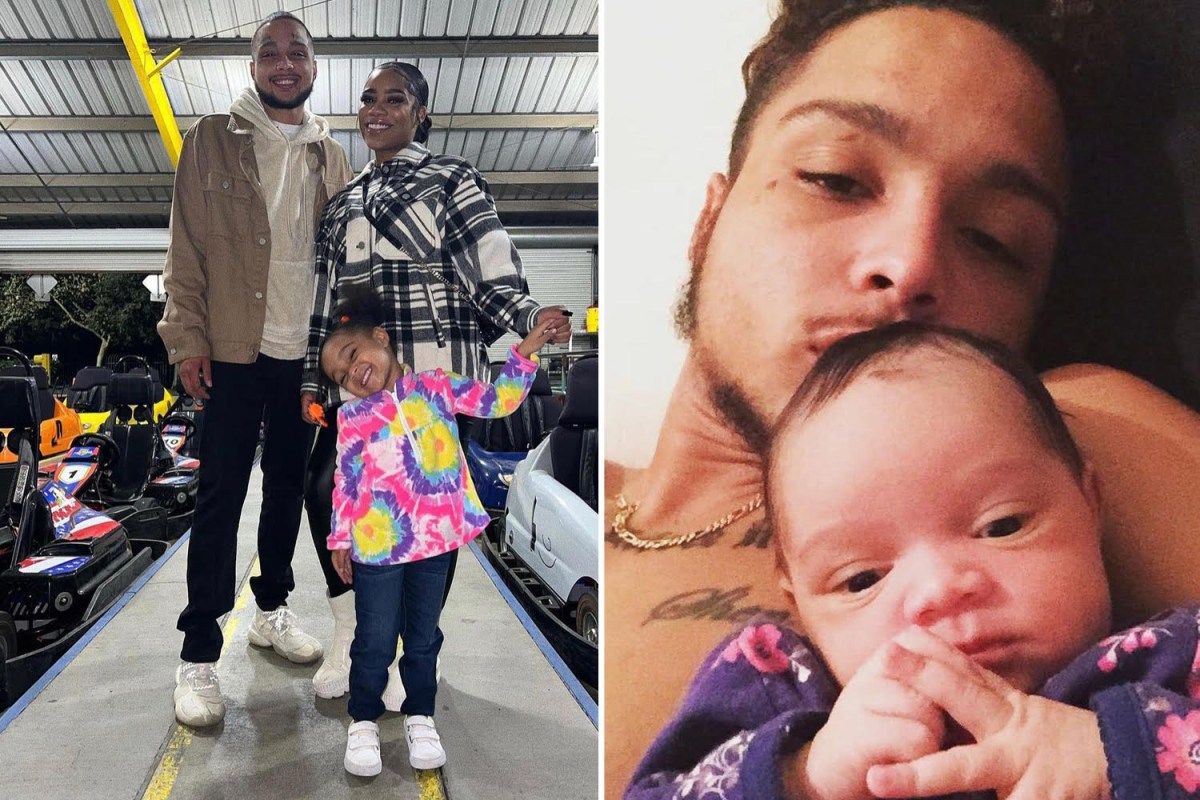