Freddie Prinze Jr has made a major ‘creative offer’ to Bray Wyatt as he looks to land a huge name for his upstart wrestling federation.

The Scooby Doo actor, who is no stranger to the business having worked on the WWE creative team twice between 2008 and 2012, has been vocal about the work he’s putting in to launch his very own promotion, and he wants the man behind The Fiend to be part of that despite rumours of a WWE comeback.

Giving an update this week, the 46-year-old star confirmed he is putting his own roster of wrestlers together and he has contacted the former world champion about a potential role.

‘I am working on filling out a roster. I have a female in place that a lot of people know and love. Yeah, I can say that. Everybody knows that I love Bray and it was basically reported that I was the one that made the offer, and sure, I’ll confirm that,’ he said on his own Wrestling With Freddie podcast.

‘I’ve put out an offer there and I think it’s a creative offer. Financially I wouldn’t be able to compete with the WWE, but I’ve put other things in there that I think are important to Bray.’

However, Freddie admitted he’s not too optimistic about actually landing the huge name for his company, and if not he’ll ‘find the next person’ after already doing that once before when Karrion Kross returned to WWE. 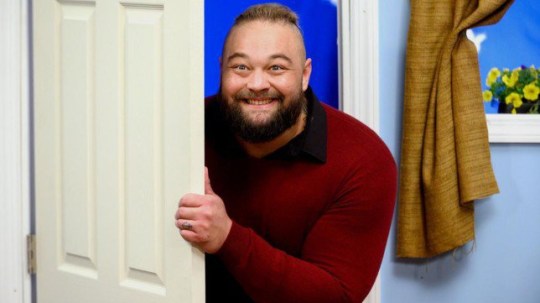 Where will Bray Wyatt end up? (Picture: WWE)

‘I don’t think I’m going to get it as the week’s go on, but we’ll see. You never know, and if I don’t, then I’ll shift gears again like I did the last time,’ he added.

‘It’s a speed bump in the road and I will find the next person and rework the story to make it work for that, but whoever my main guy is, that’s who this is going to revolve around in the wrestling half of things.’

The actor also gave a more general update on the status of the project as a whole, noting he has completed a draft, although it’s not clear if that’s for a pilot show or a whole run.

‘I’m still moving forward. I have a finished draft, a finished script. I have two producers that are both interested in wanting to partner up with me on this. I don’t have a TV deal in place but I have very close to that,’ he explained.

Wyatt may be a focus on that script, but there is mounting speculation he will be back in WWE as soon as this weekend at Extreme Rules after weeks of cryptic clues about the mysterious White Rabbit.