The One Where Chandler Ends Up With Janice? (Picture:WarnerBros/TikTok)

Friends star Maggie Wheeler has dropped a hilarious ode to the greatest couple of the sitcom.

No, not Ross and Rachel or Monica and Chandler – Chandler and Janice, obviously.

The 60-year-old actress starred as Janice, a character known for her nasal voice and invasive persona, and featured in a TikTok video, suggesting how she would have liked the comedy to end.

American singer Jackie Miskanic, who regularly uploads clips of her singing on the social media platform, started playing the catchy Friends theme song on her keyboard, and put her own spin on the lyrics.

She sang: ‘So no one talks about the one mistake in Friends…

‘The best couple on the show never made it to the end. Chandler and Monica went together well… But I think Chandler should’ve ended up with someone else…’

Cue in Maggie, who understood the assignment and chimed in with Janice’s signature catchphrase: ‘OH MY GOD.’

‘Chandler, I’ll wait for you – when you and Monica get divorced. I will wait for you. You know you always loved me more. You LOVE me Chandler Bing.’

It’s a shame we missed out on the potential episode, The One Where Janice Ends up With Chandler.

Maggie’s portrayal of Janice turned her into a household name, and she revealed she took inspiration from dolphins to recreate her identifiable cackle. No surprise there. 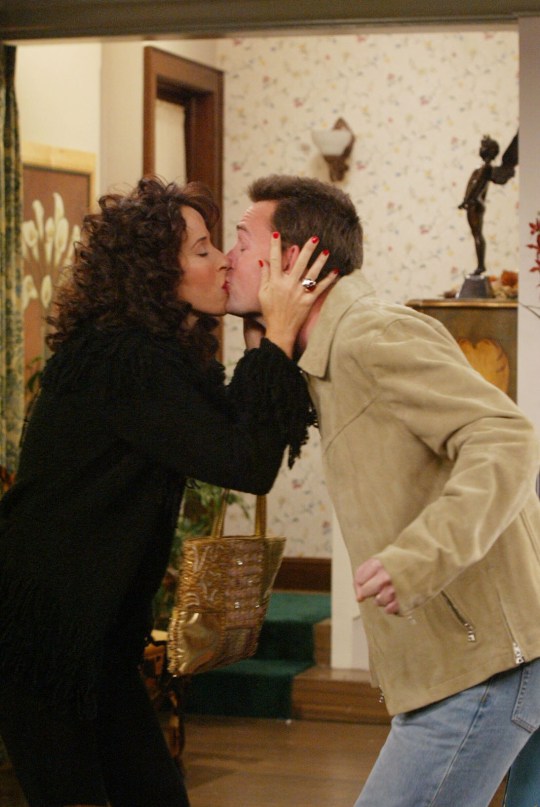 Chandler and Janice took the phrase on and off to a new level (Picture: Channel 4)

Speaking to Emma Barnett on BBC Radio 5 Live, she said that she mashed up a dolphin, Woody Woodpecker and the laugh of Arnold Horshack from the sitcom Welcome Back, Kotter, for her trademark laugh.

She said: ‘I grew up watching Flipper which was a fantastic show about a dolphin, and I was in love with that dolphin and of course the dolphin sounds like a dolphin.’

Chandler split up and got back together with Janice on numerous occasions throughout Friends, before eventually marrying Monica Geller (Courteney Cox).

Her final appearance came as the couple had to dissuade her from buying the house next to their dream home by convincing her that Chandler was still in love with her. Classic.

Friends is available to watch on Netflix.