Gameshow contestant trashes set and storms off after losing

A contestant on an Icelandic gameshow similar to University Challenge threw a glass and knocked over his podium after losing out to the other team.

During the latest episode of Gettu Betur, which translates to Make a Better Guess, the contestant can be seen reacting to the other team answering a question correctly.

And he didn’t take it well.

The clip, which has been circulated on Twitter, sees the contestant throwing his glass of water on to the set before knocking his podium over.

He proceeded to throw his teammate’s glass of water against the wall before walking off set.

As shocked host Kristjana Arnarsdóttir tried to carry on with the programme, the sound of things being thrown backstage could be heard by the other contestants and the audience. 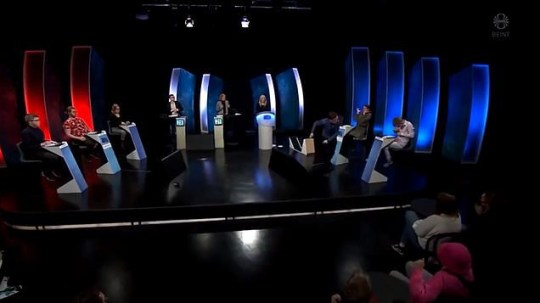 The contestant threw his glass and then his teammates’ glass (Picture: RUV)

The video has received a lot of reaction online, with one Twitter user translating what was being said among all the drama.

They explained that the contestant’s reaction came after the other team answered the question correctly a ‘millisecond’ ahead of them.

‘The other team gives the correct answer which wins them the match, after apparently only being a millisecond or so ahead of them on the buzzer, and the presenter confirms it’s the right answer,’ they penned. 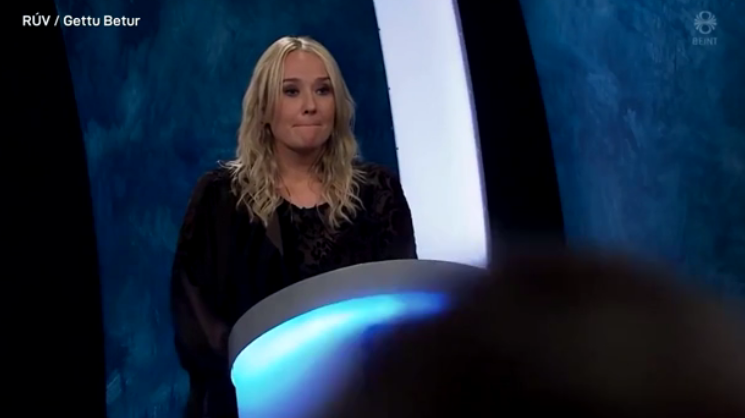 ‘Either the presenter or the guy’s team-mate says “Woah, what’s going on?” when he does it and then the presenter says they have a result in the match and suggests going to commercials.’

Gettu Betur is a gameshow like University Challenge, where two teams of students from high school or college compete against each other by answering questions.

Two teams play against each other in each episode, although two preliminary rounds are broadcast on the radio first before it gets televised.