Gentleman Jack was on fine form as it returned for its second season tonight – here are all the questions we need to be answered in episode two.

The BBC drama is back to take over from Peaky Blinders in the coveted 9pm slot, with eight whole episodes of love, betrayal and fun to unpack – and Sophie Rundle’s still there too.

Anne Lister (Suranne Jones) was seen determined to make her marriage to Ann Walker (Sophie Rundle) work, as she prepares for her wife’s return to Shibden Hall.

But after her mental health deteriorated at the end of season one, it’s clear – with this season set just weeks after their wedding vows – Walker’s recovery still has a way to go.

Elsewhere, their union could be threatened by old and new flames, as well as Walker’s stern Aunt Ann Walker’s (Stephanie Cole) constant disapproval.

What could happen next? We share all the questions we have after that brilliant opener.

Will Mariana be able to cope with the news of her ex-lover’s marriage?


Anne’s feelings seem mixed as she reads through the letter (Picture: BBC)

Mariana is the ultimate lover scorned, and just minutes into episode one is already writing letters to Lister, pretty much advising against her relationship with Walker. It feels like the 19th century equivalent of sliding back into someone’s DMs.

In her latest letter to Lister, she penned: ‘Dearest Freddie, my thoughts are perpetually full of you. I love you dearly and fondly and despite all our ups and downs, my heart is not unfaithful Still as formally and forever my joys by yours are known. I hope Steph sends you good accounts of your little friend in York, but the pleasure of memories still visit me and I urge you to bid you take your time in this matter and not fetter yourself too soon or too tightly.

‘What you say on the subject of making things work with Ms Walker, is, I doubt, not try as applied to you as you have the energy of character to do with the mind what you will,’ and goes on to warn her to ‘look before you leap’ in a very emotionally charged letter.

Asked whether she’s revealed her marriage to Mariana, Lister explains: ’Mariana knows about her, she doesn’t know about this?’ while pointing to her wedding ring – but what will Mariana’s next move be?

How serious was Lister’s relationship with Tib? 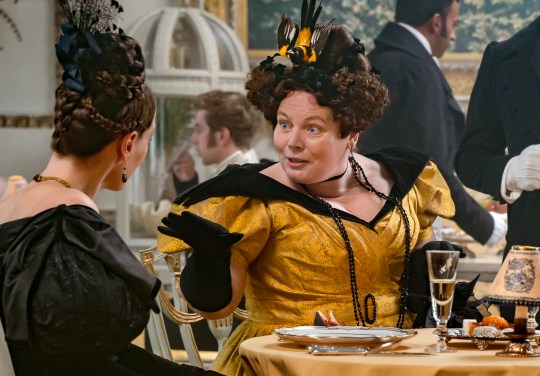 Lister took her spouse to dinner with the Northcliffes, soon leaning on Charlotte (Jenna Russell) for support. However, the whole family wasn’t present.

Charlotte was desperate to know whether Walker has had the pleasure of meeting Tib, who happens to be one of Lister’s (many) ex-lovers, but we’re not quite sure how serious their relationship was, or how it ended.

The line of questioning appeared to leave Lister slightly flustered: ‘Good Lord, no. I wouldn’t inflict Tib on her, not yet. I think we might have to work up to dear old Tib.’

Spoiler pictures show Tib (Joanna Scanlan) will indeed soon meet Walker face-to-face – but could this bring up some difficult past memories for Lister and threaten to ruin the present?

Will Ann Walker recover and return to Halifax? 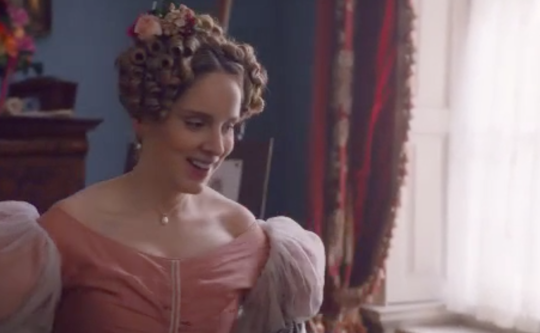 Ann was delighted to see her wife – but her self-confidence is still depleted (Picture: BBC)

After a joyous reunion in York, things took a slightly more serious turn as Walker reminded her lover of her self-inflicted injury from her time in Scotland.

She worriedly asked: ‘Does my Aunt know about what I did to myself in Scotland?’ before being reassured by her wife.

‘Mrs Priestly saw it, I didn’t tell you,’ Walker went on to share. ‘In the carriage on the way back in Scotland… I told her it wasn’t what she thought but I could see her thinking things and of course, it was and people talk. My family talks.’

Despite putting on a brave face, it’s clear her recovery is not over just yet, and throughout the course of the episode, her hesitancies to commit to her new life resurfaces.

After it’s hinted earlier on Walker could look to set up more of a social life in York, could she decide to stay there and not move to Shibden?

Who will win the custody battle for Walker? 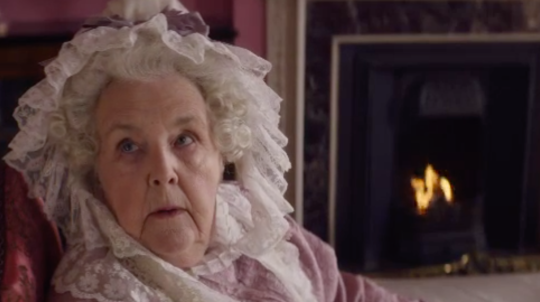 Aunt Ann was not impressed to see Lister (Picture: BBC)

Viewers saw Lister pay a visit to Aunt Ann moments in, who expresses her annoyance over not hearing from her niece.

With the businesswoman trying to keep the situation calm, she said: ‘I’m going to York later and I was wondering if there was anything you would like me to take over, a letter, a cake? A kind message’

‘What I would like, is to know exactly where my niece is and when she’s coming back to Halifax. You have explained nothing,’ Aunt Ann replied.

Ms Walker is anxious to follow the doctor’s advice to the letter and temporary separation from her surroundings and routines is considered a necessary part of her treatment.

But in response, Lister was told: ‘You have cut her off from her family, and isolated her from everyone she knows. You may find you have bitten off more than you can chew,’ she warned – but who’s going to win this one? We can’t wait to find out.

Just how many steps does Anne Lister walk each episode? 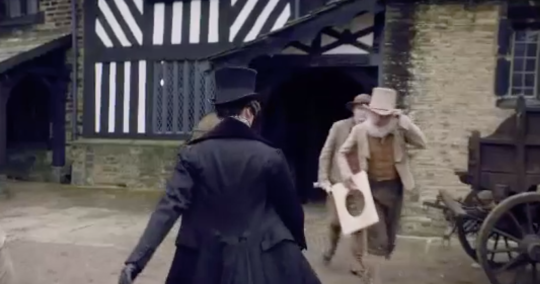 Lister seems to spend so much of her time pacing up and down the whole of Halifax, that you can’t help but wonder just how many thousands of steps the leading lady took throughout the filming process.

Suranne previously spoke out on her character’s signature striding and even used a step counter hidden under her costume to keep track.

Speaking about whether she actually did as much walking as it seemed, she shared to Metro.co.uk and other press: ‘Yes I did and I would often say to Stella [Merz], who’s our producer, “Let’s go for a walk and talk.” So I’d come off set and go and walk past your [Rundle] trailer lots – Sophie didn’t do much step counting.

‘It was a lot [of steps] and sometimes if I had the coat on as well, I would pop this [fitness band] on underneath’ – we’d love the stats from that please, Suranne.

Gentleman Jack continues on Sunday at 9pm on BBC One.