The footballer was a hot topic on today’s programme after his contract with Manchester United was terminated with immediate effect on Tuesday night, one week after his explosive chat with Morgan.

Presenters Reid and Madeley referred to the headline-making interview several times throughout the ITV programme, however not once said their former co-star’s name.

Madeley told viewers that Ronaldo leaving Manchester United came after his ‘highly critical interview in which he attacked United’s manager, its owners, its gym equipment, and just about everything.’

During a segment with Sir Michael Parkinson, Reid said: ‘There’s one particular explosive interview which ever since it was done has sparked news headlines and now has seen Cristiano Ronaldo leave the biggest club in the world, Manchester United. 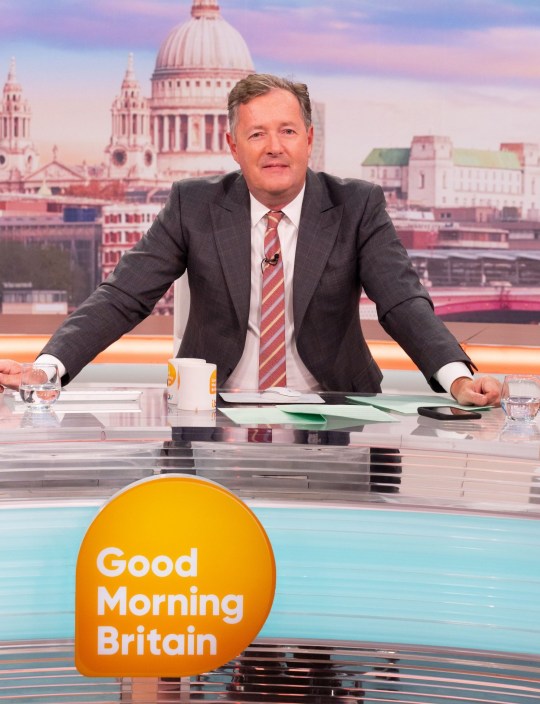 They didn’t refer to Morgan by name during Wednesday’s programme (Picture: Rex)

‘Did you watch that interview and what did you think?’

Parkinson, however, didn’t hesitate in using Morgan’s name and applauded him for his efforts.

Another noticed: ‘You lot can’t even say Piers did the interview with Cristiano.’

Echoing a similar sentiment, a third penned: ‘Is it just me or does anyone else feel that presenters on @gmb have been given strict instructions that @piersmorgan is now renamed as “he who cannot be named”.’

Ronaldo’s interview with Morgan went viral last week as he revealed how his relationship with the football club had appeared to become strained during the early part of the season.

Among his comments in the programme were claims he felt ‘betrayed’ by United and that he had no respect for Ten Hag.

He also said he felt people at the club were trying to force him out and that United showed a lack of empathy when his daughter was in hospital ill.

‘When I arrived at Manchester United, I always be available to help the team to do the good things, to put in the right spots, to compete with the best teams,’ he said.

‘I think I have words to advise to the club. I think I can help a lot, but when the infrastructure is not good…’

Good Morning Britain airs weekdays at 6am on ITV1.