Gordon Ramsay couldn’t help but make fun of his ‘beloved’ neighbours in Cornwall as he discussed his new game show with Graham Norton.

In scenes which aired last night, the celebrity chef explained to Graham that the idea of his new programme Bank Balance came about in the first lockdown.

The Hell’s Kitchen star and his family, including wife Tana, travelled 250 miles from London to their £4 million holiday home in Cornwall last May.

It angered locals as lockdown measures at the time were to stay home, particularly prohibiting travel to second homes.

Speaking about how Bank Balance began, Gordon explained: ‘It was developed in lockdown, this time a year ago.

‘It was a great shame when everything shut down and so we got the teams on Zoom and how do we get this thing into a real life sort of game? 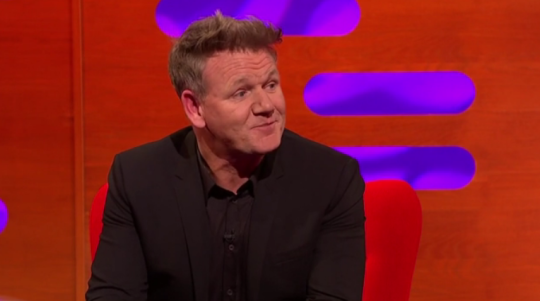 Gordon explained how his gameshow came about (Picture: BBC)

‘I was in Cornwall with my beloved neighbours…,’ he joked.

Before he could finish his sentence, Graham and the audience started laughing as they knew it was Gordon referring to the lockdown feud. 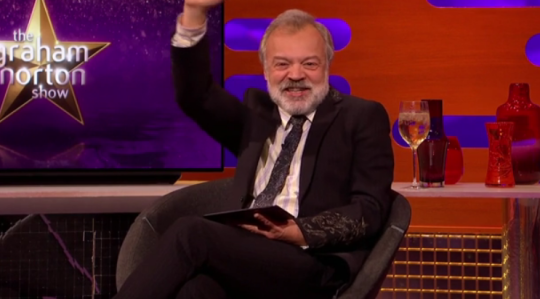 Graham pretended to be one of Gordon’s neighbours (Picture: BBC)

Pretending to be one of his neighbours, Graham said: ‘Hi Gordon.’

Last year locals in Cornwall reportedly criticised the TV chef for his non-essential travel to the seaside in a Facebook group. 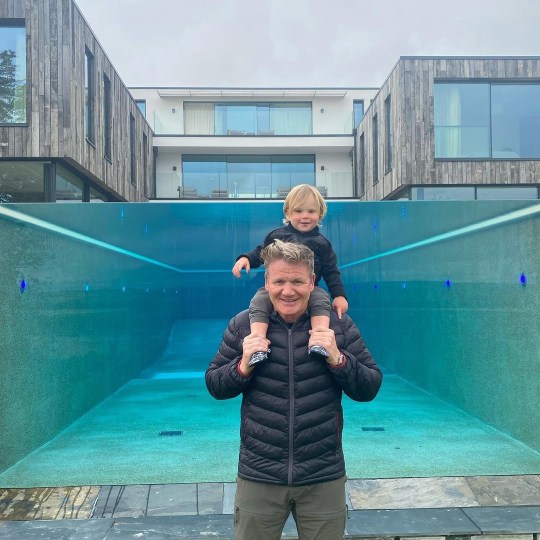 The Ramsay’s have a huge swimming pool at their holiday home (Picture: Gordan Ramsey/Instagram)

They feared being exposed to coronavirus from outsiders and police in the town recently reiterated warnings for people to stay away from Cornwall.

Shortly after, Gordon even poked fun at the backlash by joking he had made a burger for his neighbours in an Instagram video.

Gordon’s wife Tana also stepped into defend her family’s decision to spend part of the national lockdown at their holiday home in Cornwall.

She told Metro.co.uk that spending time in their family home was the most ‘important’ thing.

‘We want to stay safe and help everyone keep safe as much as possible,’ she told us.

‘We spent our time in our home with our family, and you know that that was what was most important.’

Gordon Ramsay’s Bank Balance begins on Wednesday at 9pm on BBC1 and The Graham Norton Show is available to catch up on BBC iPlayer.