What will fans make of the futuristic show? (Picture: Rex/Getty Images/Fox)

Grimes and Alanis Morissette are set to judge a brand new singing competition that puts a brand new spin on not judging a book by its cover.

Over the past few years, The Masked Singer has proven a hit across the globe, with audiences responding positively to watching a singer’s performance without knowing who they are behind the mask.

A new TV series is set to reinvigorate this format with a futuristic twist, as singers take to the stage not as themselves, but as their alter egos in the form of an avatar.

Alter Ego, as the show is aptly named, will feature an all-star judging panel including Grimes, Alanis, Nick Lachey and The Voice UK coach will.i.am, while Rocsi Diaz will host.

Rather than star celebrities like The Masked Singer, Alter Ego will offer participants ‘from all walks of life’ the chance to realise their dreams as singers.

The singers will create their dream avatar, showing how they’ve always wanted to be seen as artists, before performing with the help of motion capture and visual effects. 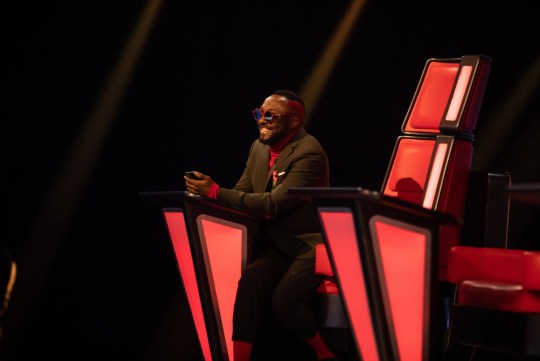 Will.i.am has been a coach on The Voice UK since 2012 (Picture: Rachel Joseph/ITV/Rex)

Rob Wade, president of alternative entertainment and specials at Fox, emphasised the way that Alter Ego has a ‘revolutionary’ concept.

‘Alter Ego merges talent and technology to revolutionize the singing competition show in only a way Fox can do’ he said, as reported by The Hollywood Reporter.

He expressed his excitement over the panel of judges, who will be in search of the next big singing sensation.

‘We are so excited to bring the fantastic will.i.am, Alanis, Grimes, Nick and Rocsi together as they search for the next big singing star, allowing incredible vocalists a chance to realize their dreams and perform like never before,’ Rob said.

Earlier this year, the first series of The Masked Dancer UK premiered on ITV, with gymnast Louis Smith being crowned the winner as Carwash.

A few months previously, Joss Stone won the second series of The Masked Singer UK as Sausage, shocking viewers across the nation following speculation that the singer was either Sheridan Smith or Stacey Solomon.

Earlier this week, Pepe Reina was unmasked as Penguin on the Spanish version of The Masked Singer, with the footballer joking that he was considering competing in Eurovision next.

It looks like the landscape of singing competitions is only going to get even more eccentric as time goes on.

Alter Ego will premiere on Fox.