HOMES Under the Hammer’s Martin Roberts was rushed to A&E as his serious condition spread.

Martin, 58, took to Twitter document a recent night he spent in hospital. 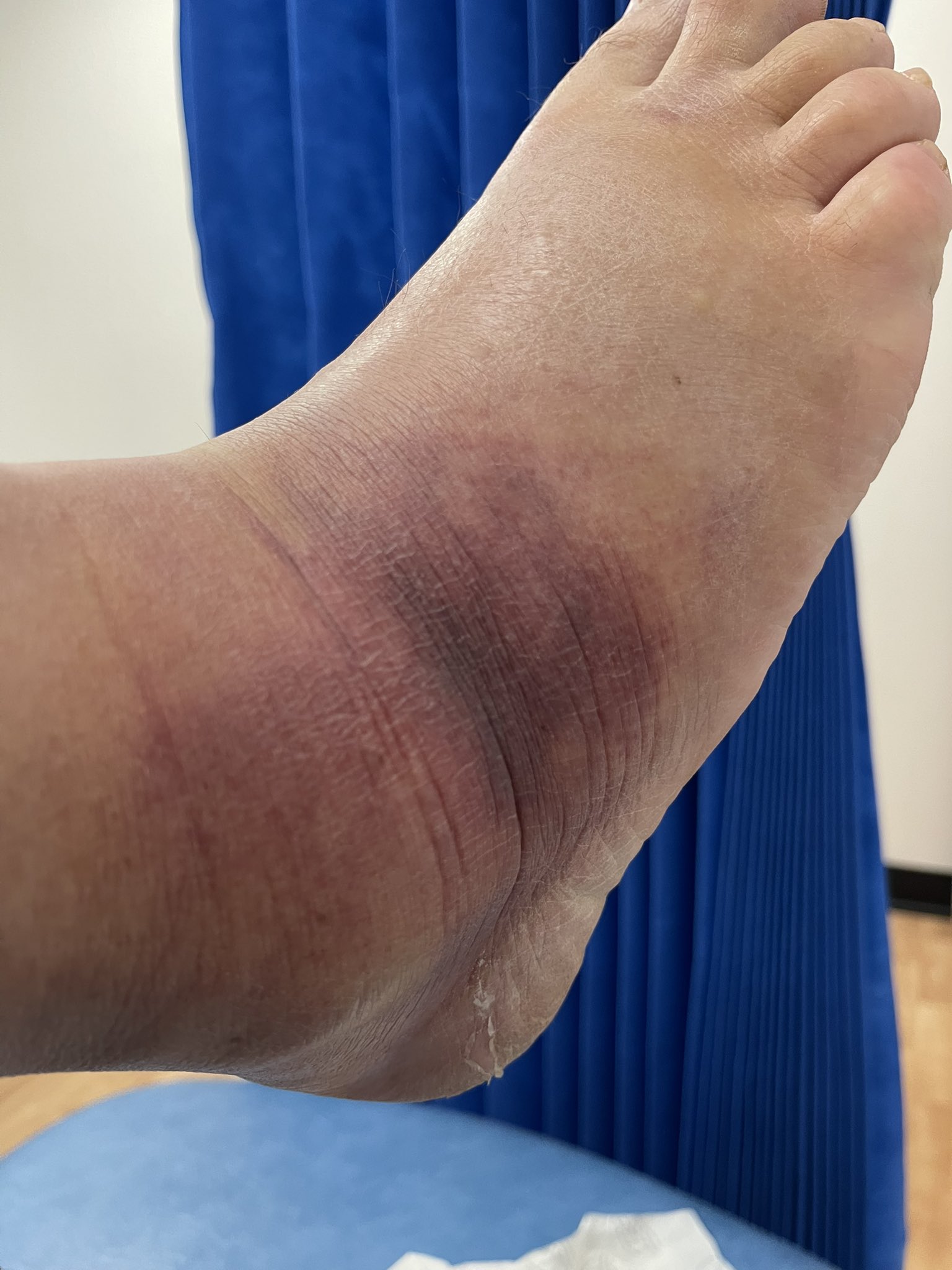 He documented how it spread to his other footCredit: Twitter

The presenter shared a photo of his swollen foot after being turned away by the local chemist.

Martin wrote: “Bl**dy cellulitis has flared up again and it’s spread to my other leg too.

“The chemists wouldn’t give me the antibiotics I’d been prescribed, despite seeing my leg, due to a ‘system error’ and no recognition of how serious this is.

He then posted a video explaining how he didn’t expect to spend his first day of his holiday in hospital.

He also thanked fans for their get well soon messages and how they “cheered me up” and “kept me going for sure.”

Keeping his followers updated, Martin wrote: “The A & E process begins. Lovely staff. But no idea how long I’ll be. Great first night of my camping holiday.”

Martin concluded his night with a McDonalds at 4am and said “why not right?” before we wished his followers goodnight.

Fans were quick to send their good wishes and offer their advice.

One said: “I hope it gets better soon! My feet ankles and legs went like that in September last year.

“I couldn’t get my pants or shoes on. I had no idea what was causing it until I ended up at Stepping Hill hospital with heart failure!

“That’s what was causing it!”

A second wrote: “”I sympathise sir. I too suffer with cellulitis and it’s something that needs rapid treatment and it’s disappointing you had issues getting the medication. Get well soon.”

Another penned: “Martin please get yourself down to A&E. Cellulitis can be very serious.

“Nine years ago my husband was in hospital for a week with cellulitis in his arm and had to have an operation to remove the infection from an area near to the bone. Please see someone.”

Martin thanked fans for their support and adviceCredit: Twitter