The fight for the Iron Throne is back on – and better than ever (Picture: HBO)

When did Game of Thrones lose its way? Many point to a calamitous final series that left few satisfied.

But the rot had set in long before, as the show wheeled away from the murderous political disputes of kings and contenders to instead lean heavier into its fantasy elements.

Game Of Thrones was always an average fantasy show – but a very good political drama.

All of this is to say that we didn’t expect much from House Of The Dragon.

For a start it’s based on the Targaryen family – the undisputed worst family in the series – and we’d had our fill of Westeros. How wrong we were.

House Of The Dragon is a storming return to form rich with all the elements that made us fall in love with the series in the first place. Think of it as Succession with dragons and you won’t be far off.

We pick up the action with King Viserys Targaryen (Paddy Considine) being pressured to name a successor to the Iron Throne. 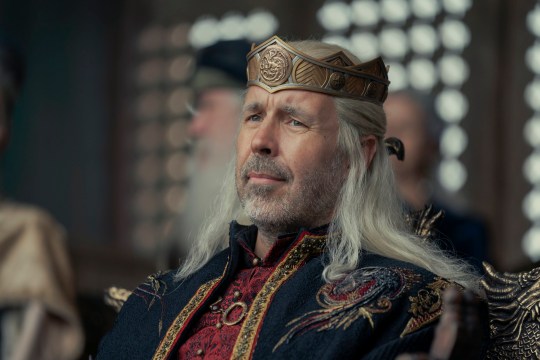 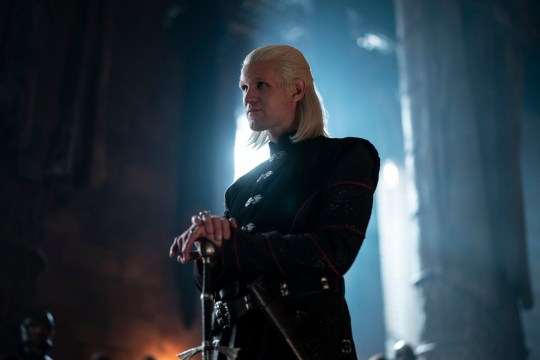 Will his choice be Daemon (Matt Smith)…(Picture: HBO) 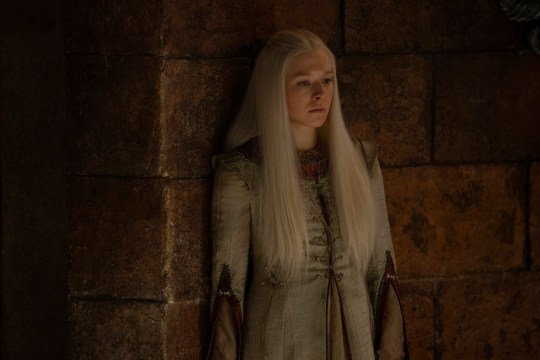 His wife has been unable to bear him a son and so he is faced with a choice between his hot-headed brother Daemon (Matt Smith) or his daughter Rhaenyra (Emma D’Arcy), a bold choice as a woman has never sat upon the Iron Throne.

Safe to say there are plenty of other members of his court jostling for position too, including Corlys Velaryon (Steve Toussaint) and the Hand of the King Otto Hightower (Rhys Ifans). The political intrigue! It’s like a Conservative leadership battle – but perhaps not quite as brutal.

Considine, in particular, is imperiously good. An actor who has long-since deserved a role of this stature, he imbues King Viserys with real soul as he wrestles between his duty to his family and his kingdom.

His performance makes House Of The Dragon feel more personal, more intimate, than its predecessor. 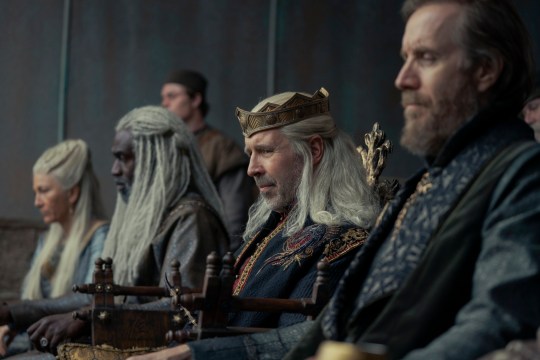 No small feat for a show of this scope and size. Of course, for many, the political disputes are irrelevant compared with GoT’s second-best qualities: sex and violence.

You’ll be glad to know that House Of The Dragon doesn’t let you down on either front.

For better or worse, there’s still plenty of ‘sexposition’ (the idea that to deliver important dialogue someone has to be naked) although it’s significantly tamer than the original series – and almost exclusive to scenes with Matt Smith. Poor Matt.

It’s suitably violent, too, with at least one scene in the opening episode that will make you wince in a way you haven’t since Game of Thrones ended, and the action sequences continue to be on a scale most shows could never hope to achieve.

There are some areas for concern. The opening episodes jump forward in time at a rate of knots (which is somewhat distracting) and the show would benefit from figuring out what time period it wants to settle in.

And will there be enough characters to sustain a series?

The focus on one family means outside influences are kept to a minimum in the early going.

But these are minor concerns – House Of The Dragon is off to a roaring start.