Has Daemon been stabbed with his sword… or is he just chilling? (Picture: SplashNews.com)

Excitement is rife over the upcoming Game of Thrones prequel House of the Dragon, as fans eagerly wait until the day they can return to Westeros in all its glory.

The new series, which is set 300 years before the events of Game of Thrones, stars Matt Smith as dragonrider Daemon Targaryen, the younger brother of King Viserys I Targaryen, played by Paddy Considine.

While Daemon has been described as a fearsome warrior and a powerful presence in King’s Landing, new pictures captured on the set of the show have teased the character’s possible death.

In one of the photos, Matt, 38, can be seen walking on the beach, his platinum blonde wig blowing in the wind as he rests one of his hands on his belt buckle while carrying his sword behind him.

Another image shows him in what looks like a melancholy state, kneeling in the sea with his shoulders hunched and his head bowed down as his sword stands upright in the sand.

While it appears as though he could just be making the most of a peaceful day out at the beach by himself, one of the pictures captured on the set in Cornwall may have hinted at Daemon’s demise, as Matt lies on the sand with the sword seemingly sticking out of its stomach. 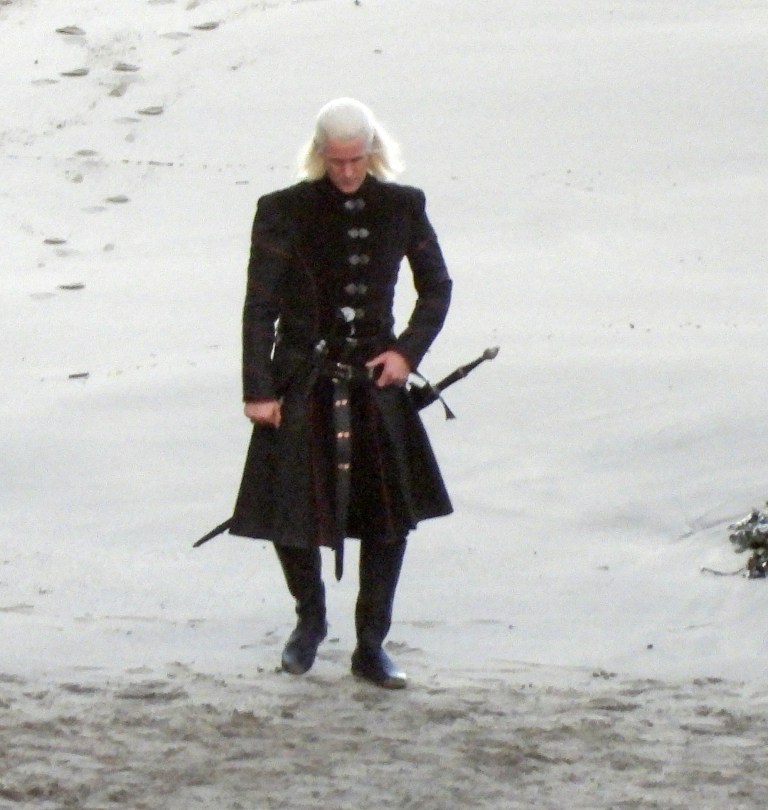 Matt has the swashbuckling Targaryen strut down (Picture: SplashNews.com)

Due to the perspective of the photo, and the fact the sword is standing in the sand in another image, it could just be that Matt is lying next to the weapon.

However it’s hard to know for sure, so all we can say is… the truth will come out eventually! 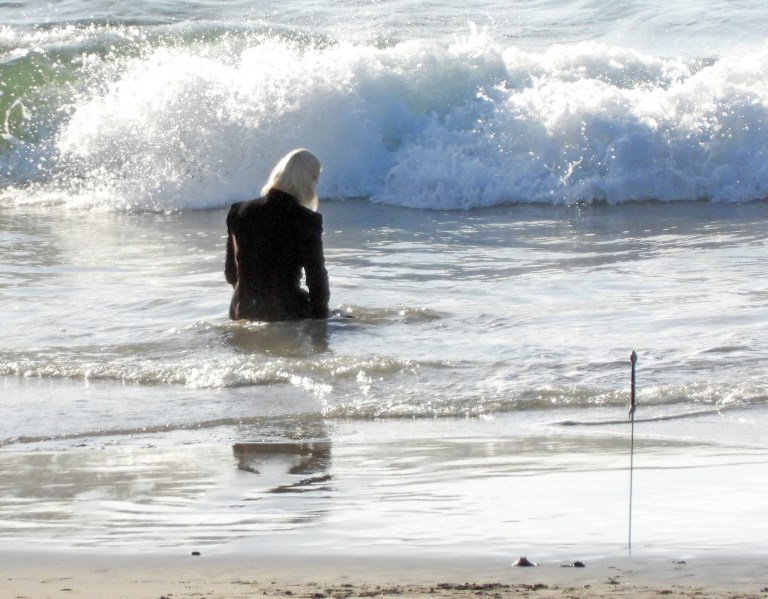 One of the photos taken during the scene showed Daemon walking on the sand next to the sea, holding the sword aloft just before presumably sticking it into the ground.

Perhaps Daemon is simply blowing off some steam away from the hubbub of the court? 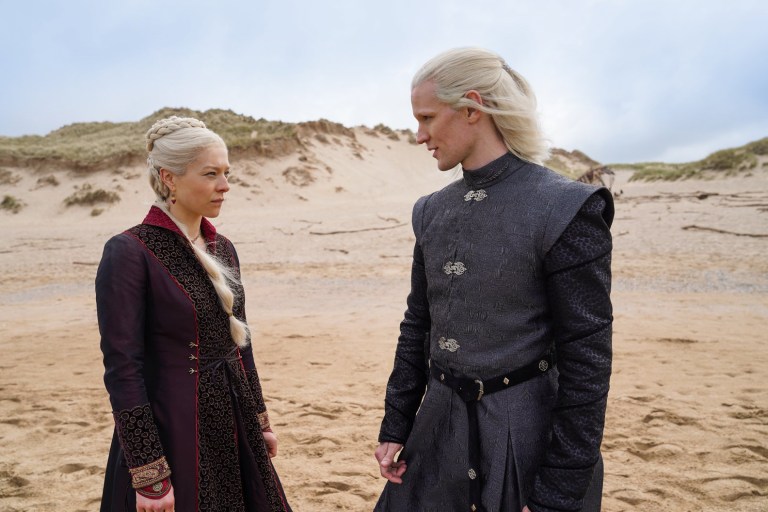 Also starring in House of the Dragon, which is due to premiere next year, are Emma D’Arcy, who plays Viserys’ daughter Rhaenyra Targaryen; Rhys Ifans as Otto Hightower, the Hand of the King; and Olivia Cooke as Alicent Hightower, Otto’s daughter.

Earlier this summer, the show was rocked by a positive Covid-19 test among a member of the crew, causing the production to be halted.

It was understood at the time that filming had been suspended for two days while the member of staff went into isolation.

House of the Dragon will premiere on Sky Atlantic and streaming service NOW in 2022.