House Of The Dragon star Paddy Considine has said that the new series isn’t a Game Of Thrones spin-off.

Considine, who portrays King Viserys Targaryen in HBO’s upcoming fantasy drama, told NME in a new interview that he wants potential viewers to know that the prequel series House Of The Dragon “isn’t diluted in any way”. It’s very much an extension of the original hit series, set 200 years before the events of Game Of Thrones.

“I thought, ‘Oh, this is actually the world of Game Of Thrones. There’s no tricks. It’s what people are actually familiar with. And I don’t think that’s a bad thing to honour the story in that way. It’s not trying to reinvent itself or sell itself any differently to the fans of Game Of Thrones and I think that’s for the better,” he said.

NME has seen the first episode of the new series, which is available to watch in the UK from Monday (August 22) on Sky Atlantic and NOW, and remarked how the episode managed to convey both the intimacy of House Targaryen in an era when the grand family still reigns over Westeros as well as the epic intensity of the world outside it.

“In a way we’re ok because we’ve inherited [the world of Game Of Thrones],” said Considine. “They did all the tough work to begin with.”

His co-star, Matt Smith, who plays King Viserys’ “agent of chaos” younger brother Prince Daemon Targaryen, agreed that “it’s all sort of been set up”.

“We can start and we can have that intimacy and that epic scale as well,” Considine added. 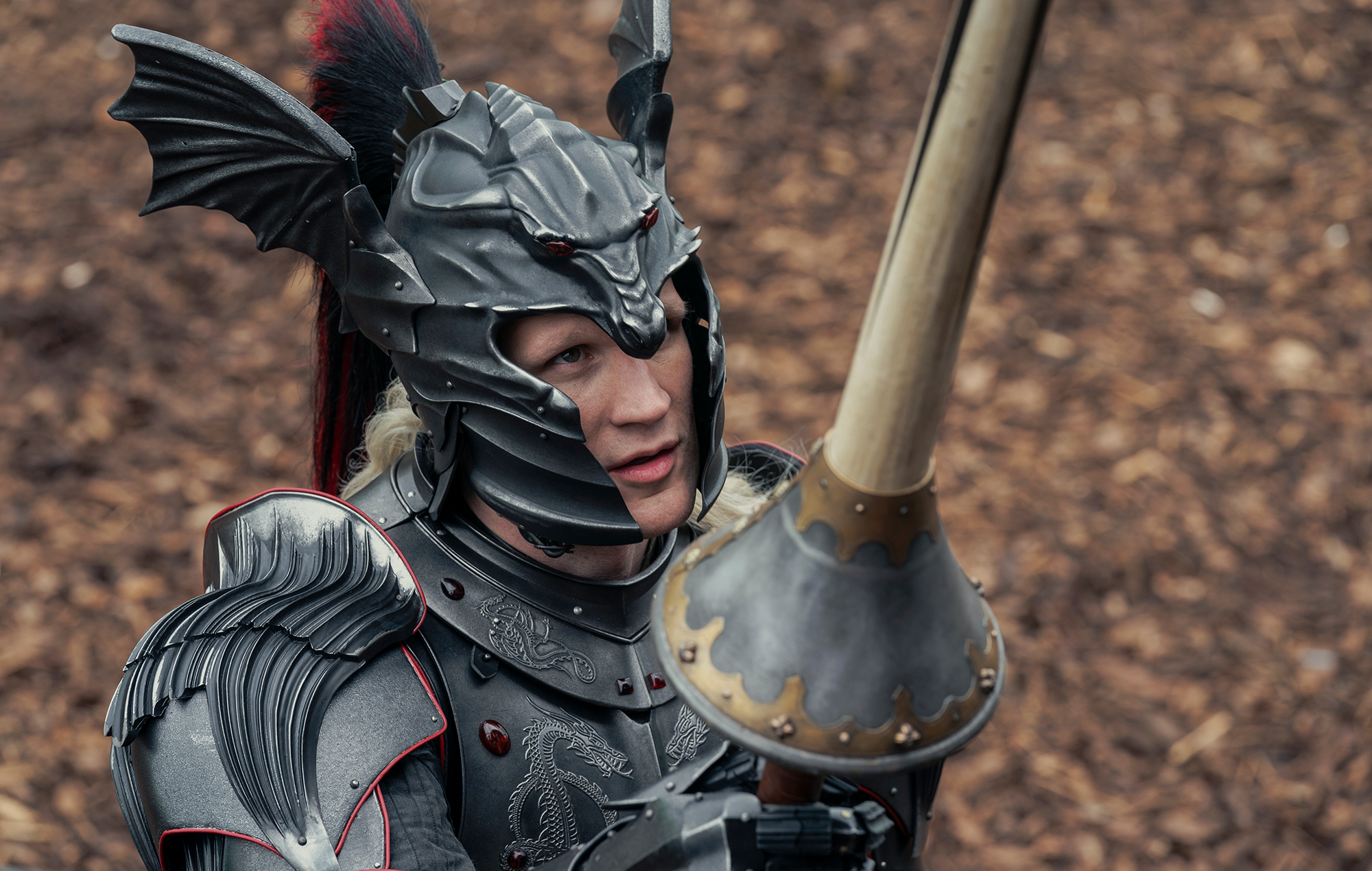 Elsewhere in the interview the actors discussed the fractious relationship between Viserys and Daemon.

“I think Viserys doesn’t take him [Daemon] very seriously sometimes,” said Considine. “I just think, you know, he’s an inconvenience to Viserys and he’s having to always defend him in the council.”

“He’s to everyone – he’s an inconvenience to everybody,” added Smith of his character.

Considine said: “Yeah he’s a bit of a liability, really, and you know Viserys is obviously torn between his duty as a king and being a brother. But his brother gets in the way of his duty so it’s complex in that way.”

Watch the full video interview above.

Meanwhile, actor Steve Toussaint has opened up about being the target of racist backlash after the British actor, who is of Barbadian descent, was cast as Corlys Velaryon in House Of The Dragon.

As The Guardian reports, Toussaint made the comments in a new interview with Radio Times about his lead role in the series. When news of his casting was announced, Toussaint said, one of the first images he saw was a drawing of the character from the original books, next to a picture of the actor.

In George R.R. Martin’s A Song of Fire And Ice books, which form the basis of both House Of The Dragon and Game Of Thrones, the Velaryons are described as having white skin, ghostly pale hair and purple eyes, The Guardian points out. In the new series, however, members of the House of Velaryon are Black nobles, with long silver dreadlocks.

“Racist abuse” from fans of the book series followed news of his casting, Toussaint explained. “I kind of thought: ‘Oh, I get it’. When we were criminals and pirates and slaves in the other show, you were OK with that,” he said. “But as this guy is the richest [character] in the show and he’s a nobleman, now you have a problem with it.”