Paddy Considine rejected an audition for Game of Thrones because it was ‘about dragons’.

The 48-year-old actor has landed the most high-profile role of his career as King Viserys in the upcoming fantasy prequel House of the Dragon but admitted he could have associated himself with George R.R. Martin’s fantasy world much earlier if he hadn’t instantly shut down the possibility.

Explaining how his agent sent him a script for Game of Thrones, Paddy told the Sunday Times Culture magazine: ‘He said, “It’s about dragons.” I went, “No thanks.” I didn’t even read it.’

But Paddy isn’t upset about what could have been.

He added: ‘If I couldn’t be a**ed to get myself down to an audition, that’s my luck-out.’

The actor has spoken in the past about his father being a ‘mental, physical bully’ before his death from cancer in 2006, but it was his mother that he based his portrayal of the ailing Viserys on. 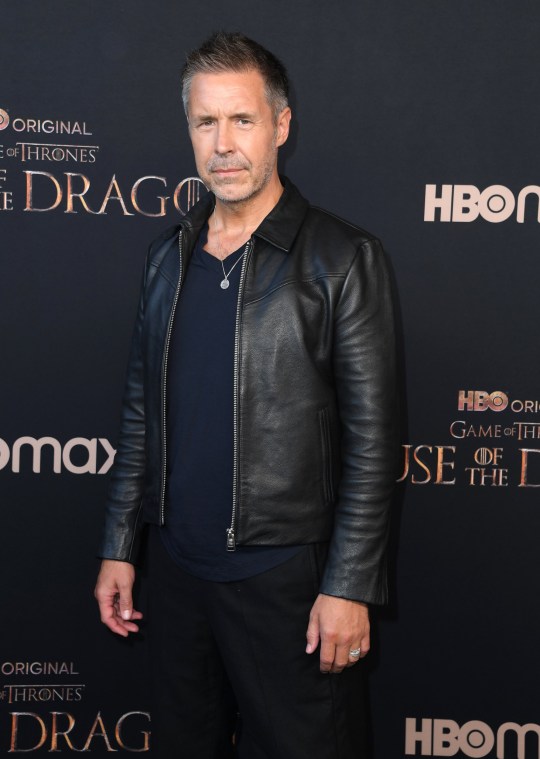 He said: ‘Not my father. If anything Viserys was based on my mother. She was the most powerful woman I knew, for a long time. Until she neglected herself. By the end of her life she had diabetes.

‘She was blind and had both legs amputated and I believe the illness became a hiding place for her so she did not have to face things. That can happen to some people. I adored my mum. But her illness became her comfort zone.

‘It was tragic to see that decline and I put that — plus her kindness and her love — into Viserys.’

Just as Viserys is distanced from his brother, Prince Daemon (Matt Smith), Paddy is also estranged from his siblings, which he admitted is a ‘tragedy’.

He explained: ‘The people you love? You hurt each other. I’m guilty of it and so are others in my family. My brother and sisters find it hard to speak to each other because of the household that we were brought up in.

‘It left scars on us and that’s a tragedy. We can’t be close with each other because we can’t communicate. It’s really f***ing sad. It’s not [my parents’] fault.

‘Your parents are your teachers, whether you like it or not, but they are trapped in the limitations of their lives and their understanding of their role as a parent.’

House Of The Dragon premieres on August 22 on Sky Atlantic and NOW.