How do you vote on Love Island?

How can you have your say? (Picture: Love Island/ITV)

It’s all kicking off on Love Island yet again, as the Islanders prepare for another voting result.

In the same week that Georgia Townend, Danny Bibby, and AJ Bunker exited the villa, the public are allowed to have their say once again.

This time fans are being asked to vote for their favourite duo – but couples Kaz Kamwi and Tyler Cruickshank, and Toby Aromolaran and Abigail Rawlings have immunity.

Ahead of the result, which is due to occur in tonight’s episode, here’s what you need to know about voting on the show…

How do you vote on Love Island?

You can vote for contestants during Love Island 2021 by downloading the free Love Island app for iOS (iOS 9+ or later) or Android (Android 4.4.x or later) on your smartphone. 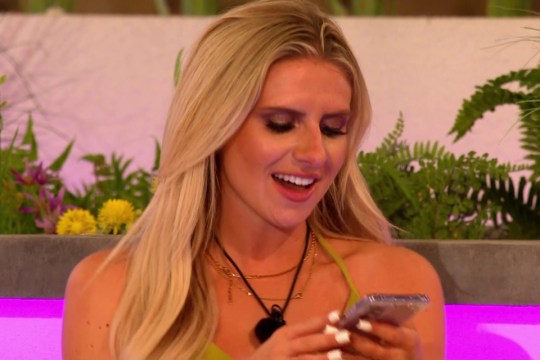 Downloading the app is the only way to vote, so if you want to have your say, you’ll have to get it.

Once the app has been downloaded, open it up and a ‘vote’ icon will appear on the bottom of the screen.

Once you’ve registered on the app, you’ll be able to go to the vote tab.

From there, you’ll find the latest questions from the show for you to vote on.

Love Island’s narrator Iain Sterling will make it clear if there’s a vote at the end of an episode, and often viewers will have roughly 30 minutes to cast their votes.

When a new vote has been launched on the show a new vote event will automatically appear in the app at the bottom of the screen, prompting you to cast a vote.

Voting is free, but it’s important to note that you can only vote one time per device, but you can register up to six different devices for free voting per account set up.

If you’re watching Love Island on demand instead of during the original broadcast, there’s a good chance your vote will not be counted.

When are the votes held?

According to ITV, a voting event could open and close during a show or could last a few hours or even more than a day.

Depending on the type of vote, you’ll be asked to do different things.

For example, you might be asked to save your favourite Islander, or to pair up a boy and a girl, or pick up to four Islanders to go on a date.

In every case, it will be explained in the app what you need to do for each vote.

Once you have tapped ‘Confirm’ you can’t vote again for that particular voting event from that device.

Love Island continues tonight on ITV2 and the ITV Hub at 9pm.