I’m A Celebrity 2021: Everything we need this year’s line-up to discuss

Some of these celebs have connections to the biggest names in music (Picture: PA/Getty)

I’m A Celebrity… Get Me Out Of Here’s highly-anticipated line-up was confirmed on Monday night, and we can’t wait for three weeks of them enduring the most gruesome trials for our entertainment.

With a quality cast of contestants, viewers could potentially soon see them spilling the tea on their respective industries.

Here are a couple of things we need the cast of 2021 to discuss. 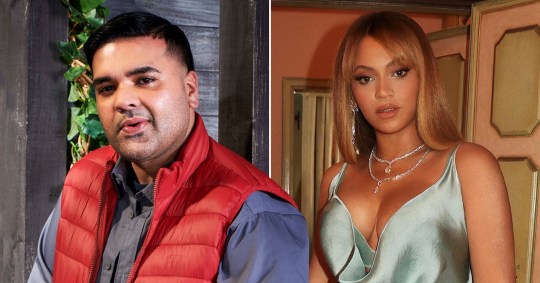 The 26-year-old DJ, real name Shahid Khan, originally planned to take part in ITV’s hit show last year, but pulled out at the last minute and was replaced by eventual-runner up Jordan North.

Now he’s back, we reckon he could be the one casually dropping some big names mid-conversation. For example, did you know he’s worked with artists including Tinie Tempah, Sam Smith, Jennifer Hudson, and drum roll, please… Beyonce?

His single Runnin’ (Lose It All) featured the R&B Queen, and he recalled the first time he ever spoke to the singer.

Speaking to Metro.co.uk, he said: ‘I just got a phone call from Queen B one day. I got told she’d asked for my number and I was like “really?” I got the call like 15 minutes later and we spoke for about 20 minutes about life and music and she’d heard an earlier version of the song that she’d love to finish and be involved in.’

Now, we don’t think many of the other stars have interacted with the global icon, so it’s up to Naughty Boy to fill them, and the rest of us at home, in on what she was like to work with.

Can you imagine the kind of after-parties he went to? We have to know more! 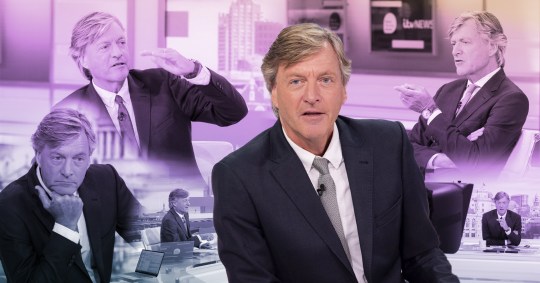 Good Morning Britain presenter Richard Madeley has had some golden moments on the hit morning show, which has often resulted in people comparing him to fictional character Alan Partridge due to his bizarre, often random comments and descriptions of news stories.

For those familiar with his commando confession, it’s obvious the 65-year-old journalist is a little unpredictable in the oversharing department, so perhaps he can enlighten us on what goes down behind the scenes at GMB.

The weekday morning programme has been a staple of our routine since it launched seven years ago, with presenters Susanna Reid, Kate Garraway, Ben Shepherd, and Piers Morgan, who infamously stepped down as presenter in March this year.

Now, not many people can say they’ve interviewed a nudist family, or suffered a major fake tan fail during a live broadcast, but alas, Richard has, so let’s hope more will be revealed in the castle.

Safe to say, there’s never a dull moment when Richard is on the telly, so this year’s I’m A Celeb is set to be an interesting one.

One Direction romances from Frankie Bridge 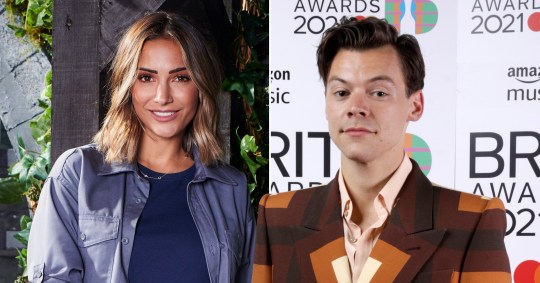 Singer Harry Styles had a crush on Frankie Bridge back in the day (Picture: PA/Getty)

Ego, What About Us and All Fired Up are just some of the biggest hits from girl band The Saturdays that still take us on a pop nostalgia trip.

Frankie, who is currently part of the Loose Women family, joined the British-Irish group back in 2007, along with bandmates Una Healy, Rochelle Humes, Vanessa White and Mollie King.

We’re not sure if many people are aware of this, but Harry Styles… yes the Harry Styles, had a crush on the singer, and it was a secret love that was known during his time on the X Factor in 2010.

She was in a relationship with McFly musician Dougie Poynter at the time, but imagine being the object of Harry’s affection?

The star returned the compliment at the time, where she admitted that if Harry were a couple of years older, he would be ‘right up her street.’

Here’s hoping she brings it up! 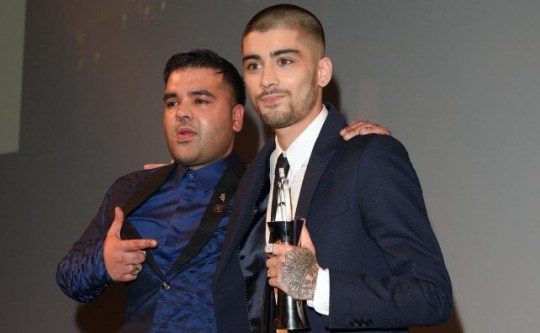 The pair were reportedly pretty close once, but a lot has happened since then (Picture: WireImage)

Back to Naughty Boy!

Former One Direction star Zayn Malik was another big name associated with the rapper in 2015, however, after a heated exchange on Twitter, it’s safe to say they’re no longer on talking terms.

It was the feud that came out of nowhere and didn’t seem to end.

Back in July Zayn tweeted the producer, calling him a ‘fat joke’ and telling him to ‘stop pretending we’re friends’.

Of course, Naughty Boy didn’t take it lying down, and even 1D’s Louis Tomlinson got involved at one point. Oh, and comedian Keith Lemon threw more fuel on the fire when Naughty was a guest on his show Celebrity Juice.

We’re not sure many people have experienced arguing with two members of the biggest boyband in the world, so we’re relying on Naughty Boy to tell us what really went down. 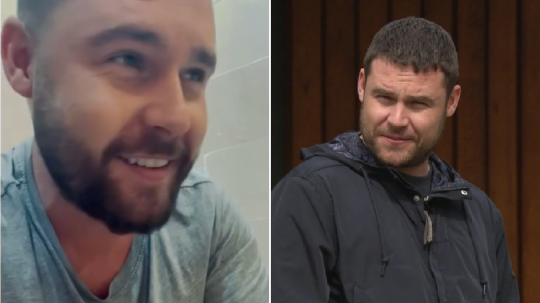 Danny Miller shocked Emmerdale fans on Tuesday when he revealed he was leaving the soap after seven years.

The star plays redeemed bad boy Aaron Dingle on the hit show, and has been involved in a string of intense storylines, including the infamous love affair with Robert Sugden.

Speaking ahead of his stint on the ITV competition, he told press including Metro.co.uk: ‘I’d like to think I’m very, very far away from Aaron and that’s part of the reason why I wanted to do [I’m A Celeb].

We’re sure there’s a couple of Dales fans in the castle that could get Danny to reveal what it’s like being a multi-award-winning soap actor. 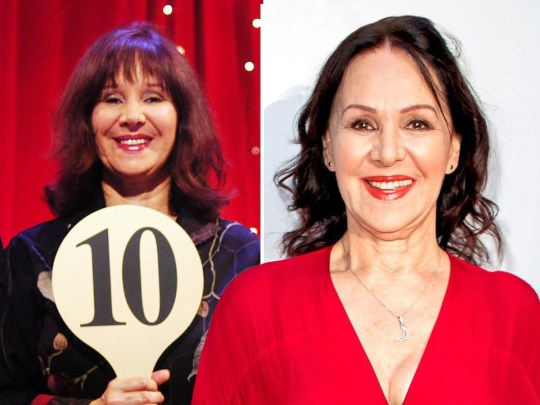 We would love to know all the Strictly gossip from former judge Arlene Phillips (Picture: BBC/Rex)

Most people were taken aback by Dame Arlene Phillips’ dumping from BBC’s Strictly Come Dancing in 2009, after serving as a judge for four years.

Alesha Dixon, who won series five of the competition, was chosen as her replacement, which sparked a number of ageism accusations.

‘You then never forget those moments of turmoil,’ the theatre director said.

‘One minute you’re the focus of everyone’s attention, the next you are nowhere and pushed out of the way. It’s very hard to deal with.’

Since her departure, there have been a lot of whispers about the choreographer making a grand comeback in the future.

Is she still in contact with her old pals, Craig Revel Horwood and Bruno Tonioli, does she want to have her seat back on the judging panel?

All will be revealed…. we hope. 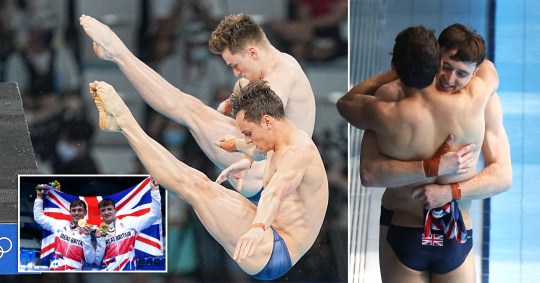 Matty and Tom went for gold at this year’s Olympics (Picture: PA)

British diver Matty Lee has had quite the year as it is, from taking part in this year’s Tokyo Olympics, to potentially eating testicles from various animals in Wales.

Fans will know Matty best as Tom Daley’s diving partner. The pair trained together for months and took gold at the Men’s synchronised 10m platform event.

Their relationship isn’t just professional as the pair were seen painting the town red in Soho, to celebrate their victory. Rightfully so.

Tom has been dubbed Britain’s ‘national treasure’ for the longest time, but what is he really like?

Does he actually enjoy knitting that much, or was he simply enjoying the viral attention?

Looks like Matty is the best person to answer the burning questions.

I’m A Celebrity… Get Me Out Of Here! starts on Sunday November 21 at 9pm on ITV and ITV Hub.