I’m A Celebrity 2021: Has Richard Madeley been in the show before?

I’m A Celebrity returns to our screens tonight, with a whole new raft of famous faces ready to take on the horrid Bushtucker Trials in the hopes of being crowned King or Queen of the Castle.

Among this year’s all-star lineup is Richard Madeley, best known for being 1/2 of celebrity couple Richard and Judy.

However, many reported experiencing déjà vu when they found out the Good Morning Britain host was appearing on the show.

So, has Richard appeared on I’m A Celebrity before?

Has Richard Madeley been on I’m A Celebrity before?

Richard Madeley has indeed appeared on I’m A Celebrity before … sort of.

In 2019, he flew out to Australia to support his son-in-law, the England rugby star James Haskell, who was appearing in that series. 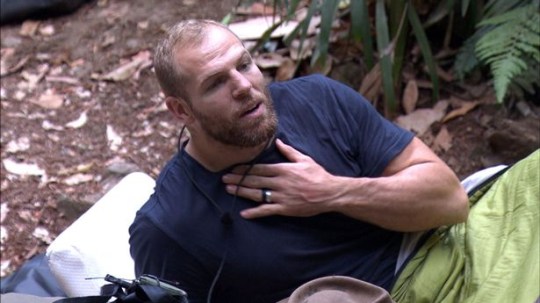 There, Madeley spent a week appearing on the ITV2 spin-off Extra Camp.

He excelled when performing in a Bushtucker Trial in a giant termite nest, collecting every key, all while supporting former winner Joe Swash through the challenge.

The trial didn’t seem to put Richard off, as he said that he hoped he gets voted to participate in them.

Madeley said: ‘I really hope I do get voted for the Trials. The thing about this programme is you mustn’t go into it if you take yourself remotely seriously.

‘I don’t and I am thoroughly looking forward to being covered in god knows what.

‘You have to be prepared for people to laugh and I see this as a bloody great romp of fun.’

He said the only challenge he is fearful of is the route he will have to take to get to the Welsh castle.

‘I spent many years on my grandparents’ farm in Shropshire,’ he revealed. ‘I am used to animals, rats, so I’ve had all that knocked out of me.

‘I don’t like heights though and what bothers me the most is the route into the castle. Maybe I will have to walk a plank over a 150-foot open space.

‘I am not looking forward to that at all and I know my head could say “do it” and my body could freeze.’