I’m A Celebrity 2021: Naughty Boy confesses to smuggling in spices

Someone has been a very… Naughty Boy (Picture: ITV)

I’m A Celebrity… Get Me Out Of Here! star Naughty Boy admitted that he smuggled some spices into camp it but they were taken off of him by the show’s bosses.

The 36-year-old producer, who is one of the 10 celebrities on this year’s line-up, entered the clink tonight with Arlene Phillips, Richard Madeley, Danny Miller and David Ginola after failing the first trial of the series.

On top of being cooped up in the prison, the group received a basic meal of rice and beans, with Naughty Boy revealing that he tried sneaking some flavours to give the food a bit of excitement.

Speaking in the Bush Telegraph, he explained: ‘Before I left, I grinded some spices that could make rice and beans actually taste a bit nice so what I did, I put it in my sock.

‘There’s cumin seeds, cloves, turmeric, coriander seeds. If you could smell this. Wow. And black peppercorns.’

Naughty Boy then relayed the tale of his banned contraband to his fellow campers. 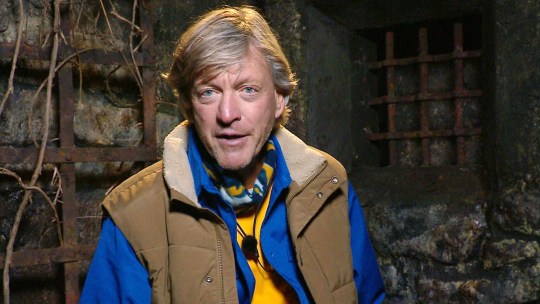 ‘I thought I was going to add it to the rice and beans and make it taste better but I asked them if it was ok if I used a bit because we’re suffering enough as it is and they confiscated it.’

Good Morning Britain’s Richard was blown away by the gesture, despite it falling through.

‘It was really good of you to think of us like that,’ he replied.

Speaking to the camera in private, he added: ‘Well Naughty Boy had really lived up to his name. He smuggled in something for camp.

‘I think that’s a real mark of character actually. And we’ve got to bend the rules a bit here and I can promise you, having spoken to everybody here, this is not going to be the last time that the rules are bent.’ 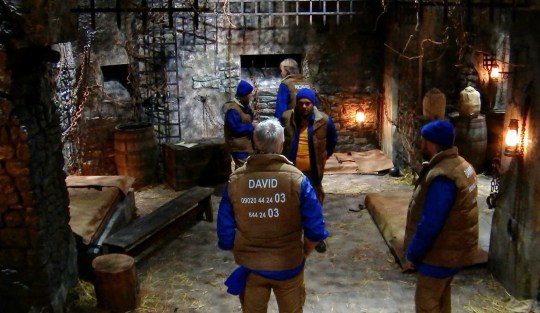 Naughty Boy, Richard, Arlene, Danny and David are in the clink (Picture: Rex)

The clink is a new area for this year’s I’m A Celebrity, and the unfortunate group will be forced to sleep on the floor without the comfort of a mattress as well as shower in the dark.

‘Oh my, we are open to the elements, let’s hope it doesn’t rain,’ exclaimed Arlene as she looked around her home for the next few days.

‘This is basic. I didn’t think it was going to be this bad,’ observed Danny. Commenting on the bedroom, Arlene panicked: ‘I’m about to sleep in probably the single worse bed and place that I have come across in all my 78 years.’

I’m A Celebrity… Get Me Out Of Here! continues tomorrow at 9pm on ITV.