Who will leave with the gold? (Photo: IMPACT Wrestling)

IMPACT Wrestling: Slammiversary is hours away as fans await one of the most unpredictable nights of the year.

In 2020, the company turned the roster on its head as Heath Slater and The Good Brothers (Karl Anderson and Doc Gallows) debuted alongside returning favourites like EC3, Eric Young and the Motor City Machine Guns stars Chris Sabin and Alex Shelley, while Rich Swann made his comeback after months on the injury table.

It’s created an air of mystery on top of what is already a stacked card this weekend, with Kenny Omega putting the IMPACT Wrestling World Championship on the line in the main event.

It’s one of five title matches set for the show, while there are three mystery spots to be filled and plenty of scope for other surprises sprinkled in between some top notch action.

IMPACT are also welcoming back fans, which will only add to the energy on what promises to be a thrilling show.

Here’s everything you need to know…

When is IMPACT Wrestling Slammiversary 2021?

IMPACT Wrestling Slammiversary takes place on tonight (Saturday, July 17) with all the action on the main card kicking off at 1am for fans in the UK.

How can you watch IMPACT Wrestling Slammiversary 2021?

For fans in the UK, IMPACT Wrestling Slammiversary is available to order on Fite TV.

Surprises, debuts and returns: What to expect from IMPACT Wrestling Slammiversary 2021

Now, we should note that Slammiversary won’t – or shouldn’t live or die by any surprises throughout the evening.

This is a stacked card from top to bottom, with the return of Ultimate X being particularly promising with six top stars battling to topple Josh Alexander, who may keep his run going a little longer. 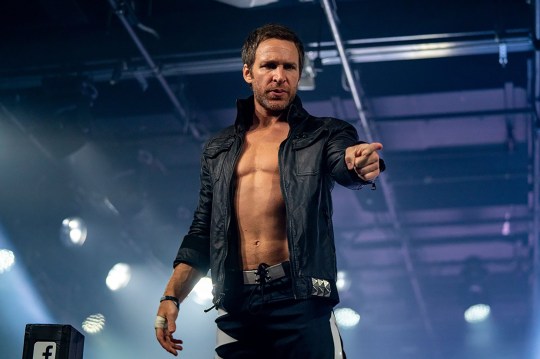 Moose will likely beat Chris Sabin in a great bout, while W. Morrissey should keep his momentum building as Fire ‘N Flava retain their gold with the possibility of the IIconics debuting to step up as their next challengers.

In a perfect world, Matt Cardona’s mystery partner would be the returning Chelsea Green, but her latest injury setback makes it less likely.

Meanwhile, Fallah Barr’s partner could be anyone, particularly with WWE being more flexible with noncomplete clauses now.

The other guaranteed surprise comes in the Knockouts Title match as Deonna Purrazzo faces a mystery opponent, with plenty of options already teased by IMPACT themselves.

The biggest and possibly most likely would be Mickie James, particularly with NWA’s all-women’s pay-per-view EmPowerrr coming next month and the willingness to work with other promotions.

Finally, the high stakes main event between Sami Callihan and Kenny Omega promises brutality as the Death Machine and Best Bout Machine collide in a No Disqualification Match.

Omega has done well with the IMPACT World Title, but now feels like the right time to get it back on a ‘home talent’.