Issa Rae has been playing the iconic awkward mirror-rapping Issa Dee on hit show Insecure for five years, however, she’s hinted that fans may not be too happy with how it all ends.

The 36-year-old series creator, who created and stars in the hit show, revealed she was ‘satisfied’ with the ending of Issa’s story, however, she hinted at steering clear of Twitter when fans finally see what happens with Issa and the gang in episode 10.

When asked whether fans will be happy with the series finale, the Awkward Black Girl star told Metro.co.uk: ‘Of course not! Absolutely not.

‘This is an ending that I’m personally happy with, but I have no doubt in my mind that people will have lots to say about it.’

The award-winning writer has been playing the beloved character since 2016, and with the final chapter coming to a close, Issa has nothing but love for the people that have tuned in from day one.

‘Every single season has had people excited so far, so I’m just watching the pattern continue to persist and hope they enjoy it. 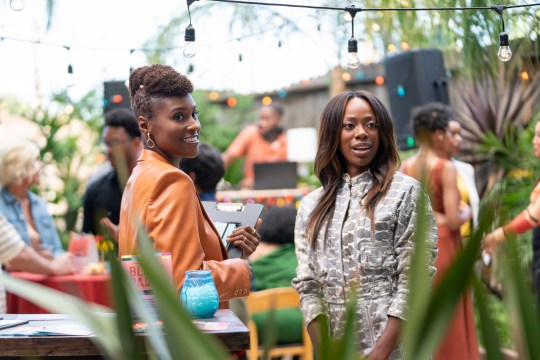 Issa and Molly’s friendship has kept us entertained for the last five years (Picture: AP)

‘It’s been wonderful, but it’s also a lot of pressure, and I don’t like to hype anything up. I’m grateful to the fans who’ve been rooting for these characters as well as cussing them out,’ she added.

The semi-autobiographical tale, initially based on the YouTube series Awkward Black Girl, followed Issa and pal Molly (Yvonne Orji) as they navigated life and love as Black women in Los Angeles.

The actress and comedian simply felt it was time for the show to end, and she always had it in mind to conclude the story in the fifth season.

The tale has earned the cast and crew a string of awards, as well as high praise for the frank discussion on the Black experience.

Fans have got a couple of weeks before the long-awaited series finale airs on screen. Will Lawrence and Issa get back together? Will Molly settle down, and will Keli get her own spin-off series?