LOVE Island fans were over the moon when they found out that show favourite Molly-Mae Hague and Tommy Fury are expecting their first child earlier today.

Over the years the 23-year-old has been honest and open about her infertility fears and battle with endometriosis.

Molly-Mae Hague and Tommy Fury revealed that they are expecting their first childCredit: Instagram 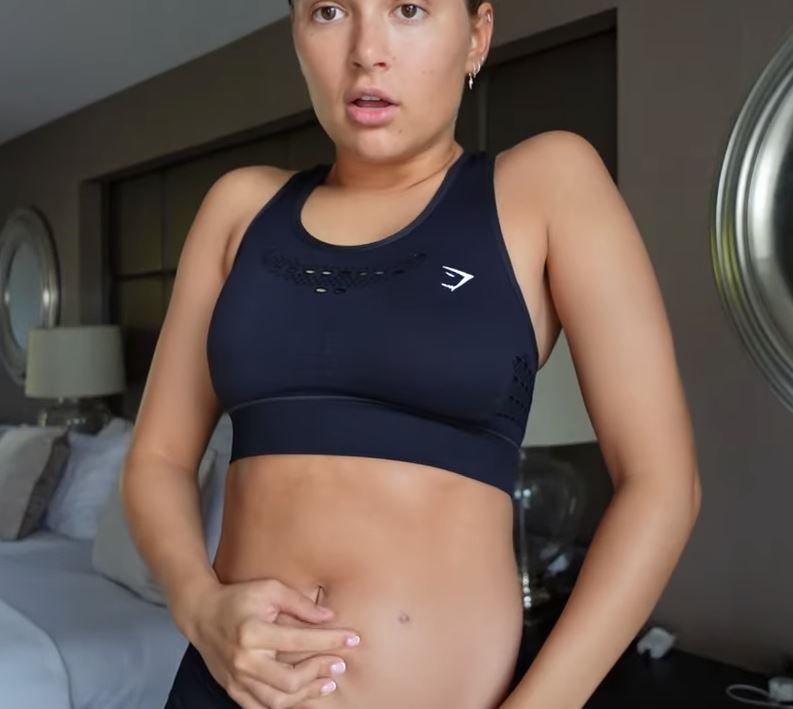 Molly-Mae was diagnosed with endometriosis in June 2021Credit: Youtube

Molly-Mae has shared how she’s been worried that she won’t be able to conceive a baby with the boxer because of the condition.

The reality star has used her platform to raise awareness of endometriosis and help inform others of one of the most common gynaecological conditions.

However, today the couple – who placed second on Love Island in 2019 – shared the amazing news that she’s pregnant.

Endometriosis is a chronic condition which occurs when tissue from the lining of the womb is found outside of the womb – in areas of the body including the ovaries, Fallopian tubes, the abdomen and the bladder.

Back in June 2021 Molly-Mae revealed that she had been diagnosed with endometriosis after ‘excruciating’ periods, and she was set to have surgery.

On a YouTube vlog, she explained: “I actually have got to have an operation for something that I want to tell you guys about. It’s kind of a good thing and it’s kind of a bad thing.

“I’ve told you guys for so long now that I suffer with excruciating periods and so many of you guys were commenting on my videos telling me to check for endometriosis.”

Molly-Mae added: “Straight away they said ‘You absolutely do have endometriosis, it’s clear as day’. So I guess that’s kind of a good thing because at least I know now what it is.

The exact cause of the condition isn’t known, but it’s thought it could be hereditary or due to environmental factors – namely the presence of dioxins in the environment.

Meanwhile, other experts believe it could be caused by a process called retrograde menstruation, which is when the womb lining flows backwards through the Fallopian tubes into the abdomen, instead of leaving the body as a period.

Endometriosis can sometimes cause damage to the Fallopian tubes or ovaries, leading to fertility problems.

“It’s not a good thing that I have endometriosis, because obviously it can affect fertility and loads of other things, and you can never really cure it.”

The PLT creative director then revealed to fans in October last year that she had surgery for her endometriosis, but had kept it a secret.

A month later she continued to candidly document her battle with endometriosis by revealing her surgery scar on her YouTube channel.

The star has given support and hope to many battling the women’s health condition with her no-frills analysis of her experience of excruciating pain akin “to labour” and being “unable to stand up” due to her suffering.

But in February this year she opened up about her surgery and revealed her concerns that it didn’t work.

Molly-Mae posted a new YouTube video called ‘spend my period week with me’ and fought back tears as she spoke to her subscribers.

“So guys, the period came. I literally feel… just like so rubbish. I just know that my operation hasn’t worked and it’s just sad,” she said.

“When I come on my period, that is the day for me, it’s not really any other day that I suffer too badly. It’s just I come on. The pain is unbearable.

“Don’t get me wrong, the pain is better than is used to be since I’ve had the operation. It’s one of those days where I have to somehow make it through the day while being in so much pain.”

And a month later she revealed that having sex with Tommy was still excruciating.

Despite her troubles, Molly-Mae and Tommy have started a family of their own.

Sharing a sweet video with fans showing off Molly-Mae’s bump earlier today on Instagram, they said: “I can’t wait for the adventures that we haven’t even dreamed of yet”.