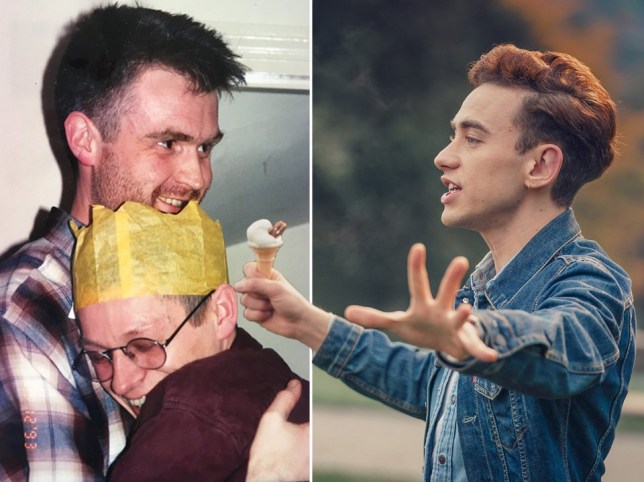 It’s A Sin inspires man to reconnect with nurses and doctors who looked after partner dying of HIV related illnesses (Picture: Chris Creegan/Channel 4)

It’s impossible to measure the impact It’s A Sin has had on its audience. In less than a month since its release on Channel 4, a record number of people have requested HIV tests, thousands of pounds have been raised for various HIV/Aids organisations, the LGBTQ+ has arguably never been tighter and the conversation surrounding the deadly virus and its destruction is finally being heard.

It’s a Sin follows a group of liberated young men in the 1980s, who fly the nest and land in the centre of London’s thriving gay scene packed with sex, dancing, love and, most importantly, beautiful people just like them.

However, unbeknown to residents of It’s a Sin’s Pink Palace, a deadly virus was killing members of the Queer community without discrimination.

For some, the series has awoken a generation of both straight and gay young audiences about ‘the other great pandemic’ – as so aptly Davies put it – which has been somewhat swept under the carpet. While the entire planet continues to survive and adapt to the horrors of the coronavirus pandemic, little acknowledgment has been granted to the thousands who lost their lives to Aids through the 1980s and 1990s.

But for others, who survived the pandemic and live with the memory of burying their friends and lovers, It’s A Sin is a loud reminder of the most agonising time imaginable.

Chris Creegan’s partner of 10 years, Lawrence Buckley, was ‘a working-class boy from Liverpool who made it to Oxford with his career still ahead of him,’ before he died from HIV-related illnesses at just 37-years-old in 1995. 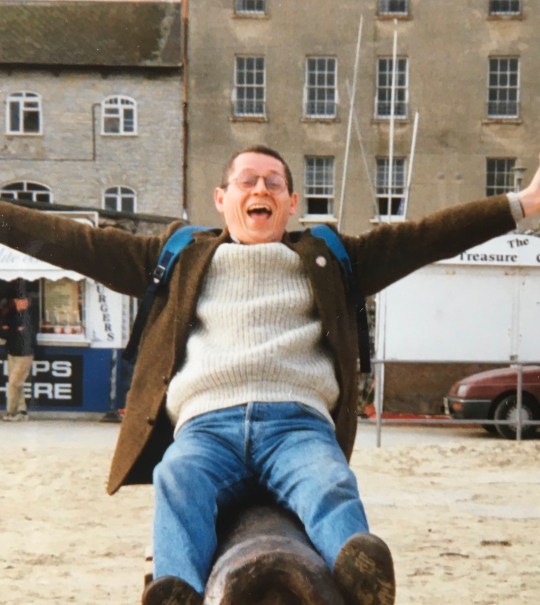 Lawrence was diagnosed with HTLV3 the year before he met Chris and during the early years of his illness, he faced the cruel stigmatisation so brutally captured in It’s A Sin.

‘He was put in a room on his and people wouldn’t touch him, people wouldn’t clear up his vomit,’ Chris tells Metro.co.uk. ‘There was a lot of fear and a lot of ignorance and he experienced a lot of that. He was very angry about having to deal with all this, probably inherently skeptical and questioning what that health service would provide.’

Eventually, pioneering teams in the health service turned that around. Actually, ‘his experience later was profoundly different.’ He spent the last six months of his life in and out of St Bartholemew’s hospital, eventually returning home where he chose to die with his partner by his side.

After watching It’s A Sin, Chris tracked down the doctor and nurses a St Barths who cared for Lawrence with the compassion and care so many others had been deprived of and 16 years later, they reconnected. Chris said It’s A Sin became the catalyst to make the call.

‘Every now and again I’ve tried to find them on social media and I haven’t managed to find them, but as all of the noise and the coverage around this period began it made me determined. Initially, I found one of the doctors who had worked most closely with Lawrence over the last six months. I discovered when I spoke to her last week, I was recounting other people I remember and she was still in touch with them so she put me in touch with the nurse.

‘You reach out to people from the past and you never know how they’re going to respond -“actually I’ve moved on.”

It’s A Sin has almost entirely been met with nothing but adoration – its quality more than lives up to its importance – and has been named Channel 4’s ‘most binged’ drama of all time. Turns out audiences haven’t just been hungry for more queer drama on television, they’ve been starving. 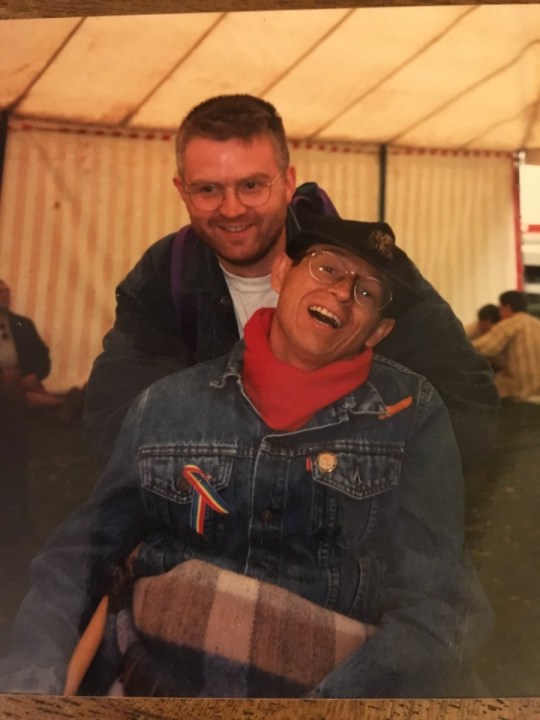 Chris and Lawrence were together for 10 years (Picture: Chris Creegan)

‘It’s not perfect, it’s not cliché free,’ says Chris, as someone to have lived through the very experiences to have struck such a chord.

‘My biggest concern was is it true? Did it happen like this? Does it tell our story? I realise that won’t be true for everyone. I can only speak for myself and my experience, which is all any of can speak for. My response to that was yes, it’s true. It happened, it happened to us.

‘All the way through the five episodes there were multiple moments which resonated with my experience and what happened to Lawrence. I found it profoundly redemptive, millions of people now know what we went through and that’s had a profound impact on me.’

It’s A Sin has been a critical triumph (Picture: Channel 4)

In 2021, living with HIV is a radically different experience to what it was when Lawrence died 16 years ago. With a pill a day, those with HIV are no longer transmissible – they cannot pass on the virus, and live healthy lives. But the stigma surrounding HIV hasn’t caught up with the science – fear and ignorance surrounding HIV is very much alive.

For Chris ’it’s about what happened then but it’s opened up this enormous conversation’.

‘Now it’s possible for people to live perfectly normal lives with the condition with Prep and condoms and all of that is normally important. But what we know about public health data and so on is that HIV has changed but the stigma hasn’t changed as much as it could have done.’

While It’s A Sin has certainly ignited a moment, it’s down to us to make sure it’s a movement – for our future, for our present, and for all the Lawrences who are gone but not forgotten. To learn more about HIV/Aids and how you can help fight virus please visit Terence Higgins Trust here.

It’s A Sin airs tonight at 9pm on Channel 4 and is available to stream on All4.