Jay Blades has spoken out about how The Repair Shop ‘fixed’ him after a tough childhood saw him experience racism, violence, and neglect.

The TV presenter and furniture restorer, 52, has said that, during his younger years, he faced the challenge of racist bullying, both from his peers and from the police.

Jay has also confessed to having felt unprepared for raising his own children as a result of having an absent father from a young age.

However, he has said he was helped by starring in the popular BBC series, which is about to end its 10th series, chiefly through working alongside fellow hosts Kirsten Ramsay, Steve Fletcher, and Will Kirk.

He said: ‘The Repair Shop has fixed me. What it’s done is actually brought me into another family who have looked after me and understand my differences.’

Speaking to Radio 4’s Desert Island Discs with Lauren Laverne, he continued: ‘Kirsten, Steve, Will – you have to be there to understand that what you guys see on TV is brilliant, don’t get me wrong, it’s even better in real life.’ 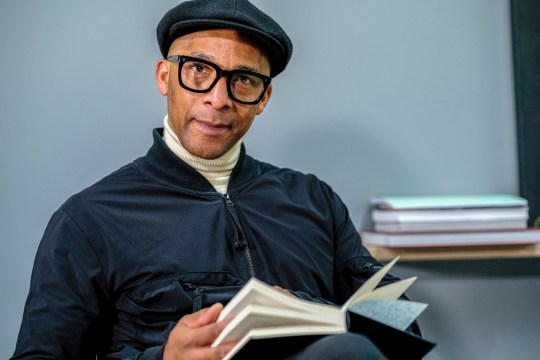 Jay says he’s been welcomed into ‘another family’ on The Repair Shop (Picture: BBC/Hungry Bear/Ben Gregory-Ring) 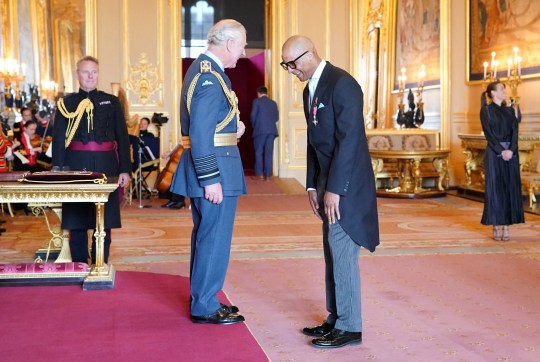 Jay received an MBE from King Charles in May of this year (Picture: Jonathan Brady/PA Wire)

Jay, who now has three children, said in regards to his unpreparedness for raising his own children that it was down to his lack of a present, supportive father while growing up.

Describing his biological father as ‘the man that contributed towards my birth,’ he said: ‘I wasn’t ready, plain and simple. I didn’t know how to be a father and it proved that I wasn’t ready.’

‘I didn’t stay with Maria, [my son] Levi’s mum, very long. I think I stayed with her for about a year and that was it. If you don’t see something you can’t be. You have to be taught how to do it or you have to see a positive role model.’ 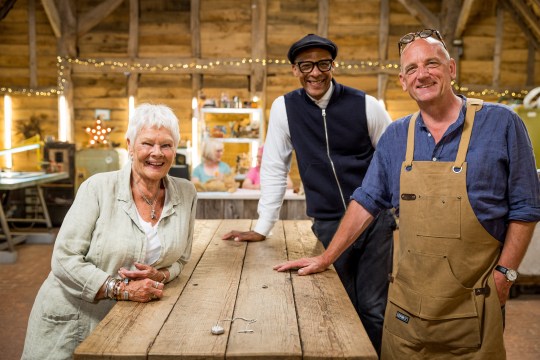 When Jay was born, his mother was a teenager and his father had promised to buy them all a flat but is said to have disappeared with the money.

‘I had a lot of positive role models as uncles growing up, extended uncles, but I never saw them being a father. [As a parent], I normally just played with the kids and we just went out we did what we did.’

‘I didn’t see what they did as being a father. So it’s very hard for me to do that. Really, really hard.’

Jay told host Laverne he thinks the show’s success comes down to its community spirit, saying: ‘It talks about stuff that we all want, which is community, people coming together, love, and then also just kindness.’

Jay was recently part of a team on The Repair Shop that assisted Dame Judi Dench in the restoration of her late husband’s watch.

Not only that, but Dame Judi was then provided with extremely powerful glasses by the Repair Shop team which allowed her to see the watch’s engraving.

Watch The Repair Shop on the BBC and on iPlayer.