Jeremy Clarkson wouldn’t he allow his co-hosts Richard Hammond and James May on his farming show Clarkson’s Farm ‘in a million years’.

The broadcaster’s surprise hit series has been renewed for a second season, which is a change of pace from the 61-year-old’s usual shows like Top Gear and The Grand Tour.

A change of pace from Jeremy’s usual shows like Top Gear and The Grand Tour, Clarkson’s Farm, which premiered in June, saw the presenter attempting to tend to his Diddly Squat Farm in Oxfordshire.

After the success of the first eight episodes, Amazon renewed the documentary for series two, to bring us ‘more laughs, triumphs and tribulations, and of course more farming faux pas from the farm, as we follow their next agricultural adventure’.

Jeremy has ruled out his former Top Gear co-hosts and current The Grand Tour co-hosts ever making an appearance.

After the success of the first eight episodes, Amazon Prime Video renewed the documentary for series two, to bring us ‘more laughs, triumphs and tribulations, and of course more farming faux pas from the farm, as we follow their next agricultural adventure’. 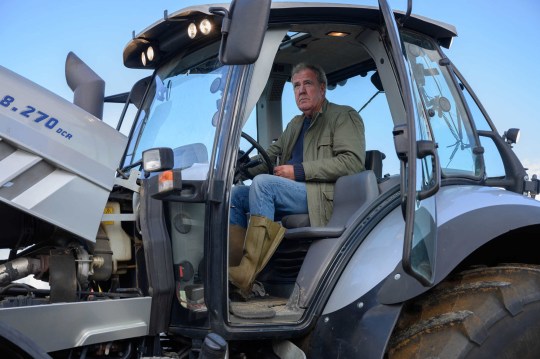 Clarkson’s Farm has been renewed for a second series (Picture: Amazon)

In celebration of the series being renewed, Jeremy took to Twitter.

‘All the team are back – Cheerful Charlie, Lisa, Gerald, and the foetus in a tractor,’ he wrote.

But when one fan asked: ‘Can we get a cameo from @RichardHammond and Captain Slow?’ Jeremy replied: ‘Not in a million years.’

Another fan suggested the three of them take part in a tractor race on the farm, but Jeremy wasn’t having it.

Jeremy recently said the coronavirus crisis forced The Grand Tour team to be on their ‘A-game’ during filming. 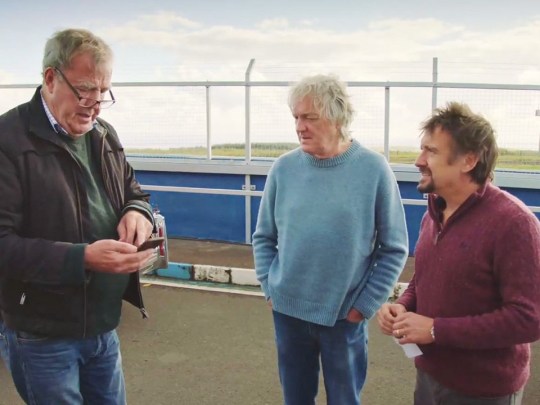 The trio formed The Grand Tour in between lockdowns (Picture: Amazon)

In The Grand Tour Presents: Lochdown special, part of a double bill on Amazon Prime Video, Jeremy, Richard and James as they take a trip to the Scottish Highlands in vintage cars from the 1970s.

The highly-anticipated programme was filmed last year in between lockdowns, with the presenters forced to film in the UK rather than different locations abroad due to the pandemic.

‘Filming in COVID, I don’t know, it’s sort of forced us to be on our A-game really because the risk was so intense,’ he told RadioTimes.com.

‘We all had to be tested every day and if anybody failed, even any one
person failed, then the whole ship had been abandoned, which would have
been financially ruinous, so it was a big team effort.’

The release date of Clarkson’s Farm season two is yet to be announced.