Gregg Wallace showed off his six-pack during his appearance on the Jeremy Vine show.

The Masterchef judge appeared via video link on Monday’s instalment where he gave Jeremy and his co-host Storm Huntley an exercise lesson.

Host Jeremy was also admittedly wearing some very questionable shorts as he did the workout.

‘You’ve got some worrying shorts on,’ Storm interrupted.

Lifting up his t-shirt, Gregg asked: ‘But, have you got abs like this?’ 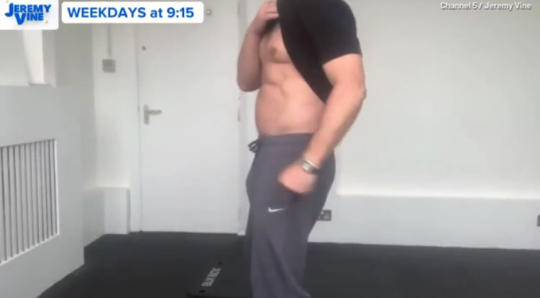 Jeremy praised: ‘That’s incredible.’ While Storm replied: ‘I absolutely do not.’

‘That’s not even a six-pack, that’s a seven-pack,’ Jeremy added.

Gregg began the exercise class by taking Jeremy and Storm through some ‘core work’. 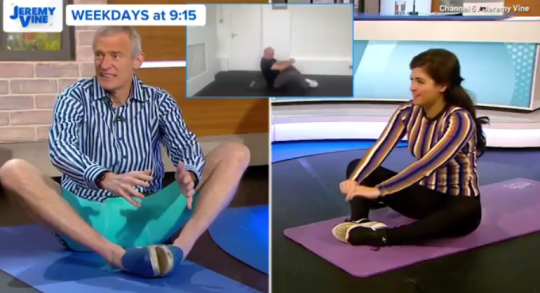 As he began the demonstration, Storm continued: ‘I knew my career would take different paths but I didn’t think I’d be in this position on live TV.’

In August 2020, the 56-year-old showed off his fitness transformation on Instagram after completely changing his lifestyle. 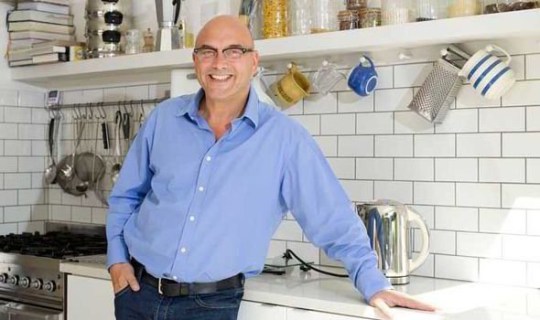 The chef lost four stone after sticking to a strict diet and exercise regime.

He said the change has knocked ’10 years off’ him, with his new lifestyle leaving him feeling ‘incredible’ after he decided to lose the weight for his family.

Speaking to The Sun at the time, he said: ‘I know I look good now compared to those days when I had a beer belly, but I also feel incredible.’

The MasterChef judge continued: ‘I feel like I have knocked at least 10 years off.

‘Once I found out that I didn’t have to slog away on a treadmill for 30 minutes and that exercise could actually be enjoyable, I was addicted.

Jeremy Vine airs weekdays at 9.15am on Channel 5.