THE Jersey Shore star Angelina Pivarnick almost slipped out of her bikini in her new photo after having had a boob job and butt lift.

Angelina, 35, showed off her new hairstyle and her swimsuit in her latest Instagram story.

Angelina showed off her new bikini 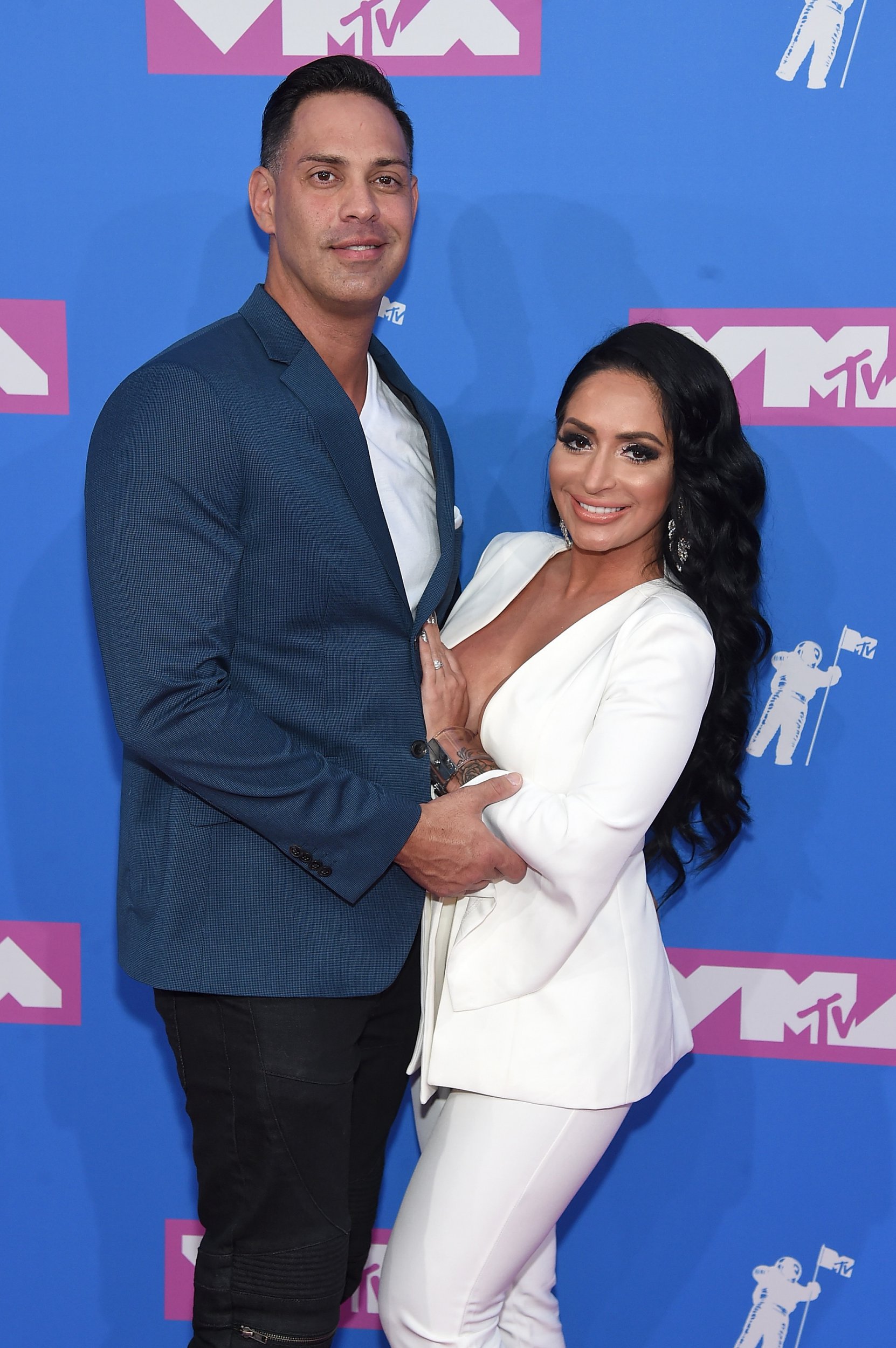 The Jersey Shore star gave a smoldering look with her thick eyebrows and dark eyelashes while staring at the camera.

The reality star also had highlights added to her long hair, which had been previously done on Friday.

The MTV star had her boobs pressed together as she wore a stunning bikini top.

Her lips were also plumped up as if she had a filler.

Angelina recently revealed she had a full plastic surgery makeover, which included a boob job, a butt lift, and liposuction.

Earlier this month, US Weekly confirmed Angelina had secretly filed for divorce from her hubby Chris Larangeira back in January.

During a recent episode of the popular MTV series, there was a video that had circulated around that showed Angelina appearing to cheat on Chris with her alleged “side boo.”

Even Jersey Shore stars Jenni “JWoww” Farley and Mike “The Situation” Sorrentino learned about the alleged cheating video earlier in the season.

Angelina ended up denying the cheating rumors and said: “I’m an open book.

“I don’t like to hide secrets and hide s**t, so I decide to let my husband know I have these videos and he said he’s good with not seeing them.”

On Friday, The Sun exclusively revealed that Angelina’s divorce from Chris has been officially dismissed.

Documents obtained by The Sun stated that the “complaint in this matter was filed on January 19, 2021. This matter has been pending for four months without the filing of required documentation.”

Since the case had languished for so long without any follow-up, the court then decided that it “will dismiss the above case for lack of prosecution without prejudice.”

Last week, E! News reported that the couple was spotted out on Wednesday eating together at Ganga Asian Bistro in their hometown of Matawan, New Jersey.

Angelina appeared to have her wedding ring on during the dinner date.

While hitting the weights, the TV star made an attempt to do some bicep curls in her figure-flattering gym gear.

She also did some pull-ups with her trainer.

The Jersey Shore: Family Vacation star combed her dark hair back into a high ponytail and wore minimal makeup for her fitness session. 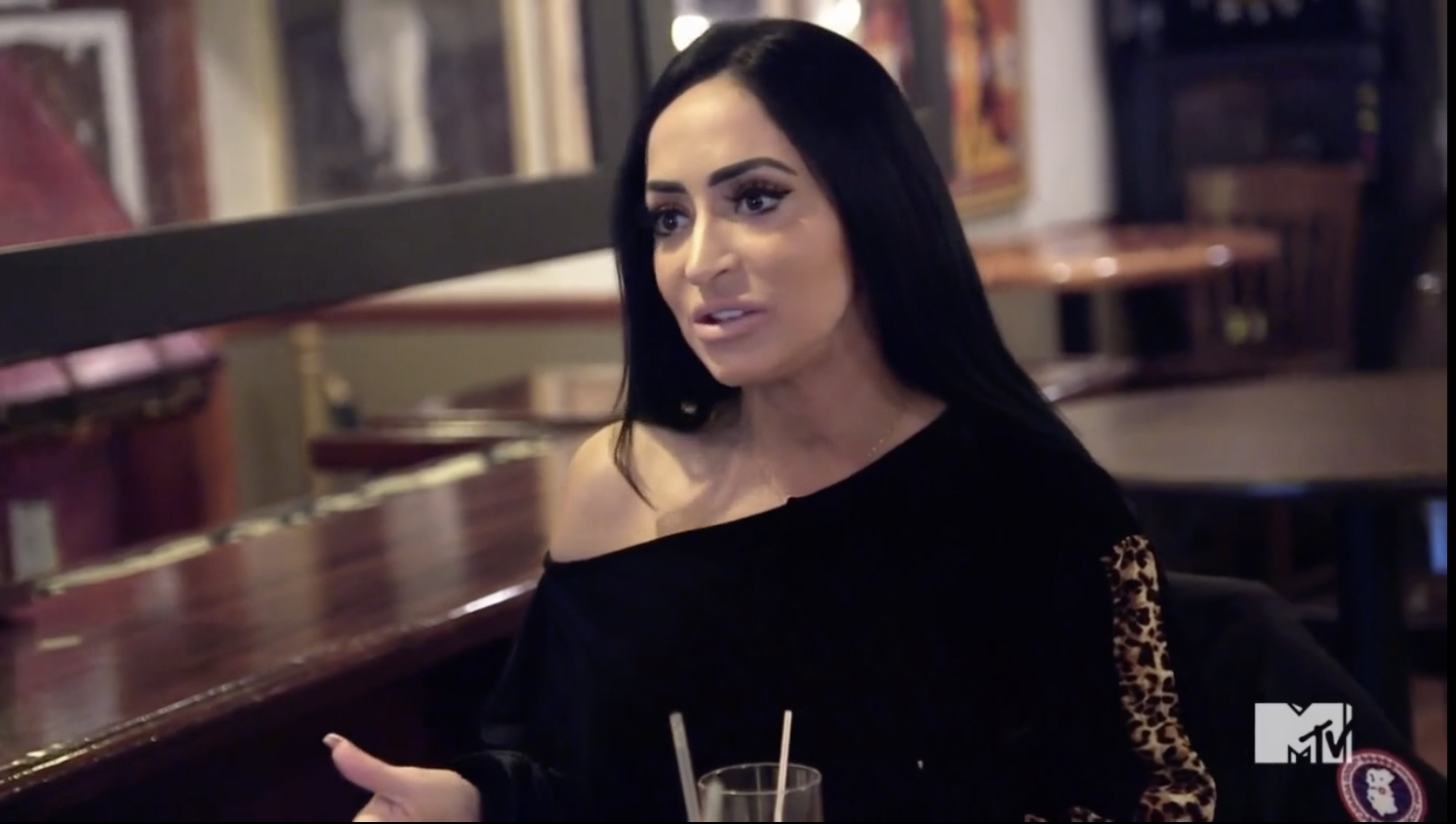 Angelina said she is an ‘open book’Credit: MTV 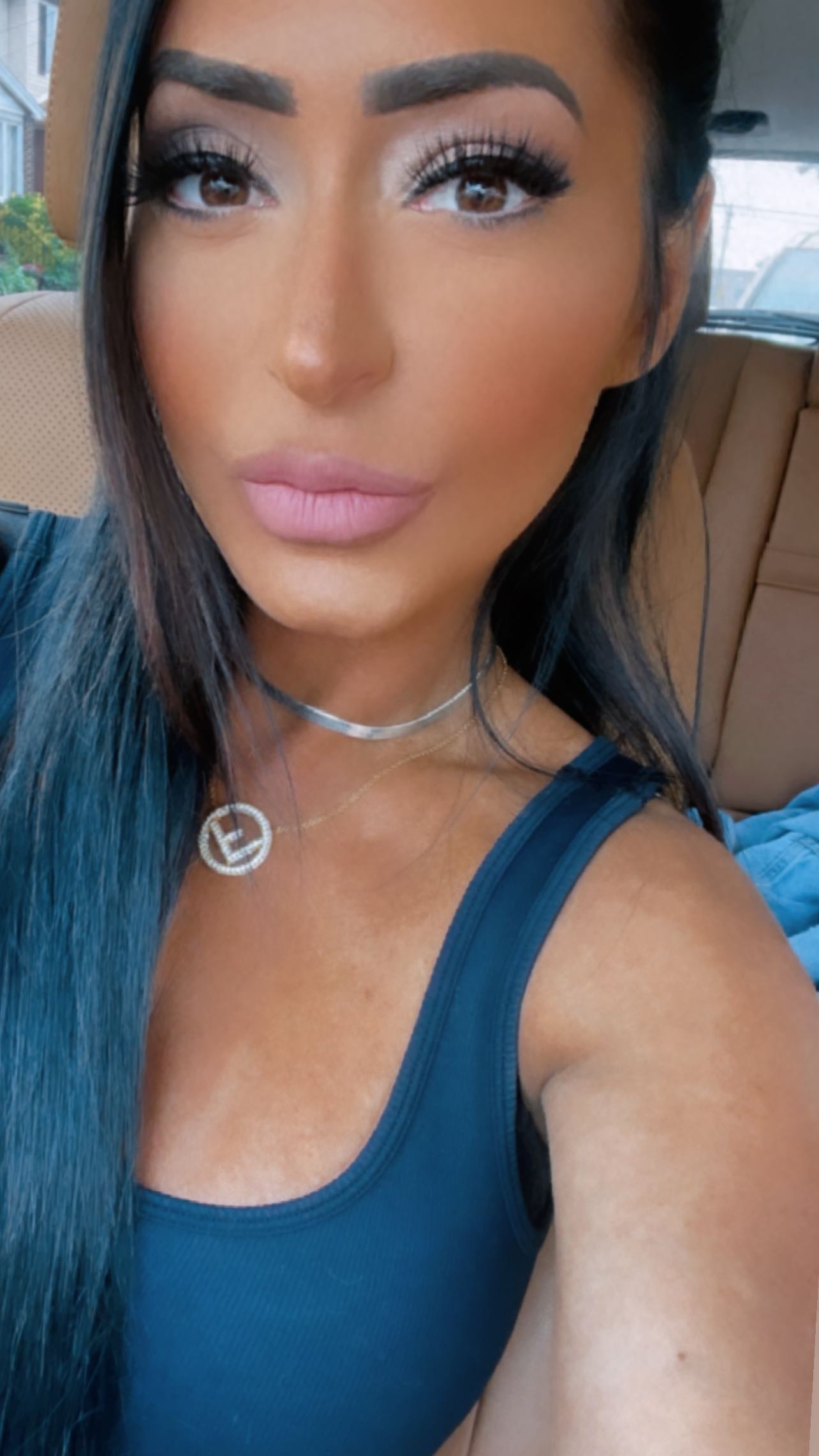 Angelina has had cosmetic procedures done on herselfCredit: Instagram