KATE Garraway lost her cool after a fiery clash with an Insulate Britain supporter over the M25 protests.

The Good Morning Britain host, 54, got uncharacteristically impatient during an interview with writer George Monbiot over the Insulate Britain protests.

Activists have staged a series of protests over the past week, including blocking access to the Home Office and blocking traffic on the M25 five times over the course of one week.

They are calling for the British government to ensure all homes are better insulated, because they claim 8,500 people a year die unnecessarily in the UK because of their frozen homes and climate collapse presents an “incalculable threat to our way of life”.

But National Highways was granted an injunction against the motorway protestors, meaning they could face possible imprisonment for contempt of court according to Transport Secretary Grant Shapps.

George appeared on the show to argue protesters should have the right to protest for any length of time.

He continued to talk as Kate had to raise her voice to get a word in after he asked her what she would do about the situation.

“The problem is the government has acted George, they’ve acted haven’t they?” Kate snapped.

“They’ve not acted to make it easier for people to be green, they’ve acted by having greater powers to prosecute the protestors.”

A shocked George stood his ground.

“They’ve been pursuing these greater powers since 1986,” he told Kate.

GMB fans noticed Kate’s irritation during the show and expressed their support for her.

“Kate Garraway is not happy woman on GMB today. That George lad was fully shook by her response,” wrote one fan on Twitter.

Another added: “I agree with both George and Kate on this one. It’s not a light topic to discuss.”

And a third wrote: “I haven’t seen Kate that passionate in ages. I agree with everything she’s said to be honest.”

Activists last week blocked one carriageway of the major road but this is the first time they have managed to block both.

Zoe Cohen from the group told LBC: “It’s not about justifying it. What we know is that our government is failing to protect British families.

“Thousands will die this winter from fuel poverty. Millions of families will struggle.

“We hate doing it, we hate doing it – please, please – will you please ask government to write reasonable statement and get us off the road. We don’t want to do this.

“If the government met our demands to insulate and retrofit social housing and the rest of the homes in Britain, it would save thousands of lives.”

Hosts Susanna Reid and Richard Madeley quizzed him on the group’s methods.

Susanna warned him at one point, “don’t patronise me”, during the heated exchange – as he awkwardly tried to swerve discussing The Sun on Sunday’s exclusive revelation that his own home isn’t insulated.

Things got off to a frosty start, with Susanna quizzing Norton over Insulate Britain‘s controversial methods.

He retorted: “If you understood it [climate change] you might start to understand the [protests] a little bit more.”

Susanna hit back: “Liam, just try not to be so patronising when you’re talking to me, OK. I understand.”

A stony-faced Norton slammed the GMB hosts for “debasing the discussion” while journalist Dawn Neesom encouraged him to answer the questions.

And Richard once again branded the Extinction Rebellion off shoot group “fascists” for their controversial methods.

Norton then unbelievably likened the cause to Winston Churchill’s stand against fascism and Adolf Hitler – much to Richard Madeley’s disbelief.

“You’re comparing yourself to Churchill? That is the most twisted parallel I think I have ever heard.”

Madeley also asked Norton how he slept at night after a woman was paralysed after being held up in a traffic jam for six hours following a stroke.

“We’re demanding the government makes a meaningful statement to save the future.”

He then made a physical statement of his own as he got up and stormed out of the studios while Richard laughed. 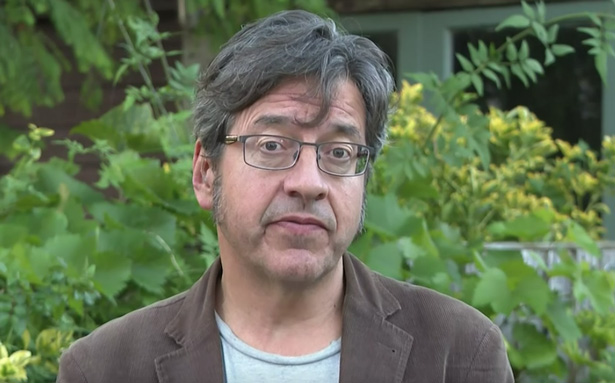 She clashed with writer George Monbiot over the group’s methods of protestCredit: ITV 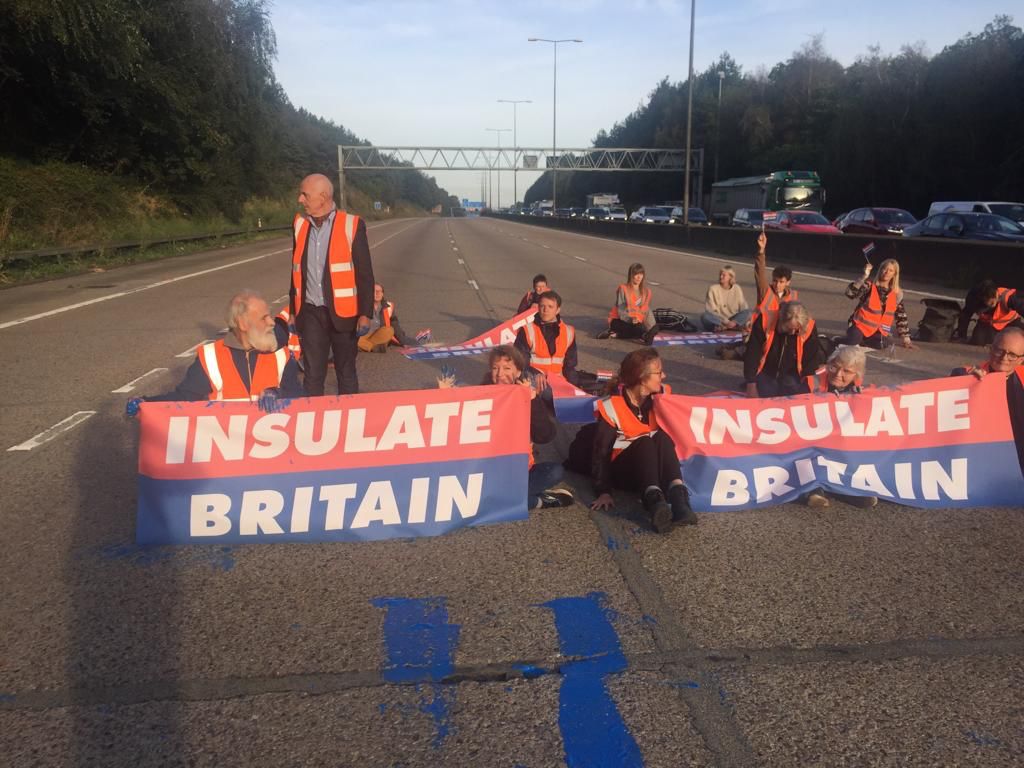 They caused traffic havoc on the M5 multiple times over the past week in order to raise awareness of their causeCredit: Insulate Britain 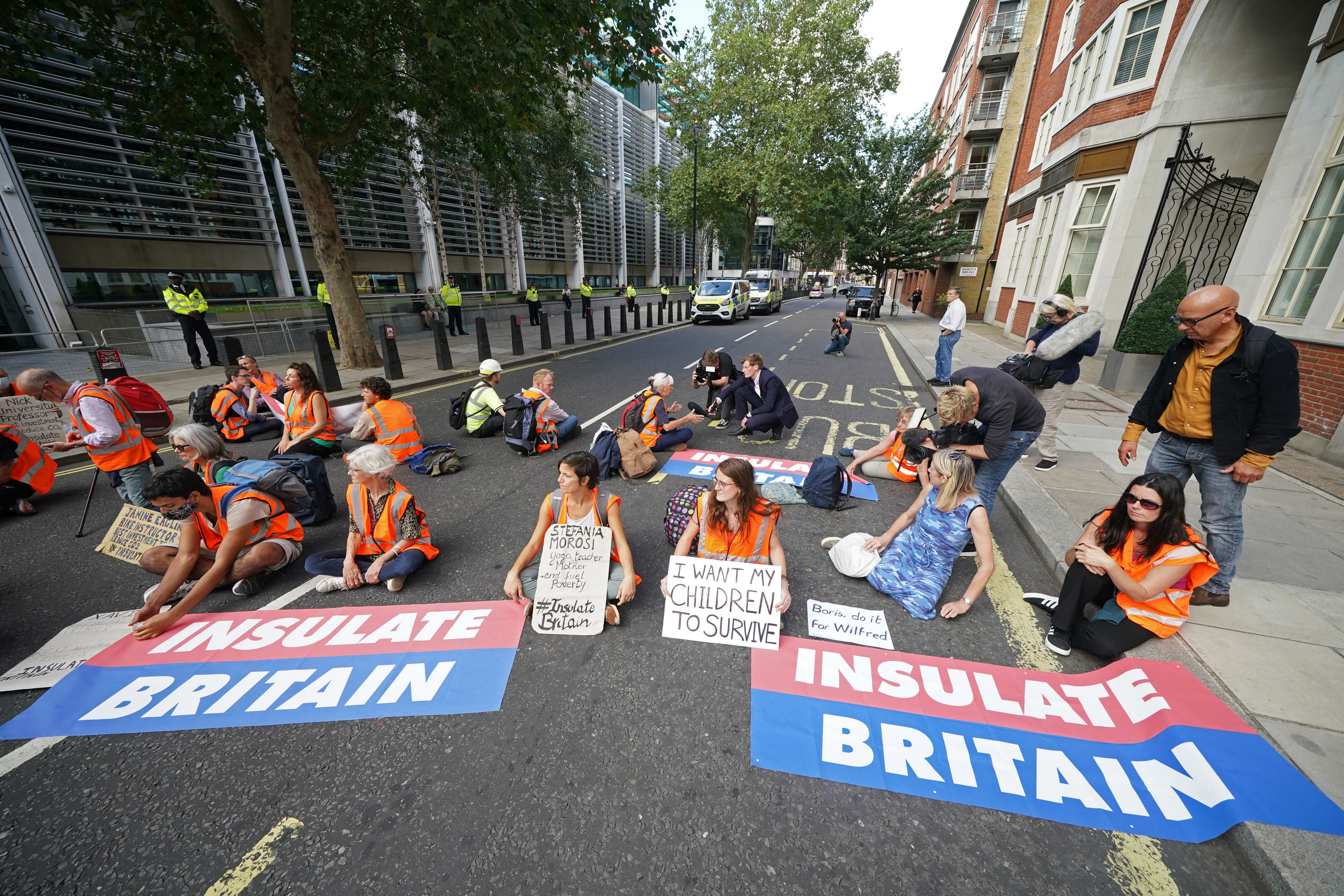 Some even blocked access to the Home Office today

JONATHAN Goodwin has suffered multiple "broken bones" and is covered in "cuts and burns" after the horrifying stunt accident between...