Ravonna Renslayer has always stuck by the principles of the TVA (Picture: Marvel Studios/Disney)

Warning: spoilers ahead for episode 6 of Loki.

The episode 6 finale of Marvel’s Loki on Disney Plus served up plenty of excitement for the landscape of the MCU going forward – in addition to a heap of unanswered questions.

Is Kang the Conqueror now in charge of the TVA after the demise of his variant, He Who Remains (Jonathan Majors)? What’s happened to Sylvie (Sophia Di Martino)? What will Loki (Tom Hiddleston) do next?

Another big mystery is where Ravonna Renslayer (Gugu Mbatha-Raw), a TVA judge and a stickler for the rules, has disappeared off to, a conundrum that Loki director Kate Herron addressed during a recent conversation with Metro.co.uk.

In the final episode of the show, Ravonna asks Miss Minutes to download some files for her on her TemPad.

When she takes a look at the device, Ravonna remarks that the files aren’t what she asked for, to which Miss Minutes replies: ‘I know, but he thinks this’ll be more useful.’

Ravonna expresses confusion over who ‘he’ is, which could imply that she doesn’t know that He Who Remains was pulling the strings at the organisation.

Later on after overcoming TVA agent Mobius M Mobius (Owen Wilson) in a fight, Ravonna prepares to step through a portal into an unknown location.

‘Where are you gonna go?’ Mobius asks, with Ravonna responding: ‘In search of free will.’

So does Loki director Kate know where Ravonna is heading? Or was this question purposely left open-ended?

‘I think it was definitely, for at least my output on this season of Loki, definitely open-ended, but I’m excited to see that answered,’ Kate said. 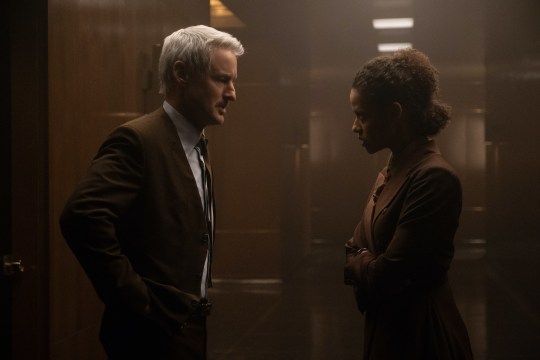 Mobius and Ravonna’s friendship has been tested by Loki’s antics (Picture: Marvel Studios/Disney Plus)

‘Where did she go? I have my own ideas of where she might have gone and what she might have seen on that TemPad but I think that’s kind of the fun of it, right? That people can now speculate and see. I’m sure it will all be revealed.’

In the Marvel comic books, Ravonna is closely linked with Kang the Conqueror, a time-travelling entity who is set to appear in Ant-Man and the Wasp: Quantumania, played by Lovecraft Country star Jonathan.

Perhaps this means that later on in the MCU we will witness the very beginning of their relationship? 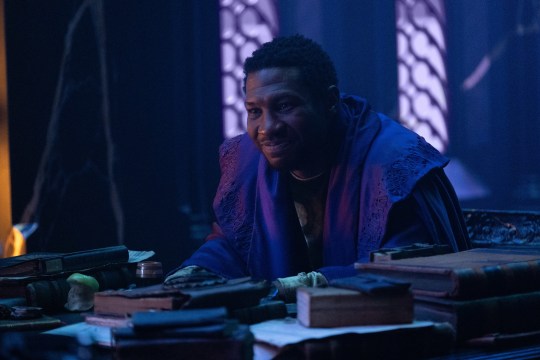 Could we see Kang the Conqueror join forces with Ravonna? (Picture: Marvel Studios/Disney Plus)

While Kate is not returning to direct the second season of Loki, there are various questions that she herself would like to see addressed in subsequent episodes, including the backstory for TVA agent Hunter B-15 (Wunmi Mosaku).

‘We’ve left all these dangling questions, like, who is B-15? What does she see in her memories? What is her name? Where did Renslayer go? Where the hell is Loki? What’s going to happen to Sylvie? All of these questions about all of them,’ she said.

However, the director pointed out that part of the fun of Loki is watching the unexpected unfold.

‘But honestly, I kind of feel like, I hope that all my expectations – it’d be great if they’re delivered on – but I kind of hope that I’m wrong,’ she said.

Kate recalled reading the script for episode two of Loki and thinking that the series was going to be ‘a kind of buddy comedy between Loki and Mobius’, before it took a ‘completely different’ turn.

‘I think for me that’s the real sweet stuff with the show. I hope that whoever goes on to take over it, I hope that that will be what they’re still working towards. It’s just, surprising us in cool ways. So I hope to be surprised,’ she said.

Season one of Loki is available to watch on Disney Plus.