Former Love Island star Amy Hart has called for Casa Amor to be dropped after having a ‘horrible’ experience.

Casa Amor, which usually sees the boys head off into a second villa to meet six new girls, while six new boys are brought into the main villa, is a staple of the series – but Amy admitted she’s ready to see the back of it.

The 28-year-old, who appeared on the 2019 series of the show, described it as ‘the most horrendous thing ever.’

‘It’s horrible,’ she added. ‘That’s what I’d say [about] after care, I would say get rid of Casa Amor. I know it does well for people and it’s good drama but as a person living through Casa Amor? No.

‘And you don’t think it’s going to be that bad. When it gets announced, you’re like, “Oh that’s sad.” When you’re there, it’s torture, like torturous.’

Casa Amor has seen some of the most brutal and talked-about moments on the show – from Josh Denzel ditching Georgia Steel to bring Kaz Crossley back to the main villa, to Amber Gill being left shocked as Michael Griffiths brought back Joanna Chimonides.

Amy was coupled up with Curtis Pritchard on Love Island and the pair made it through Casa Amor before their split on the show, with the islander leaving shortly afterwards.

While there has been a lot of debate over Love Island’s aftercare, Amy explained she had an ‘amazing’ experience.

‘I had eight months of therapy with one of the best therapists in the country so I thought the aftercare was amazing…I still speak to the producers all the time,’ she said, speaking to Metro.co.uk in conjunction with William Hill. 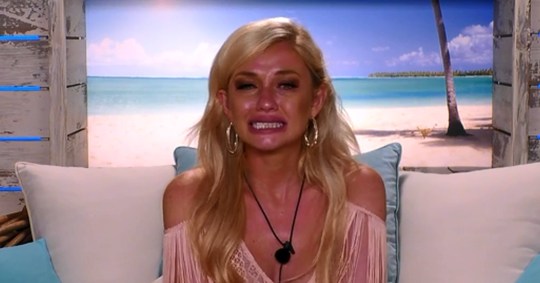 ‘The only thing I think needs to change is that the audience needs to realise these are real people’.

Love Island has previously confirmed its duty of care protocols, which include comprehensive psychological support, social media training for the islanders, and a ‘proactive aftercare package’. 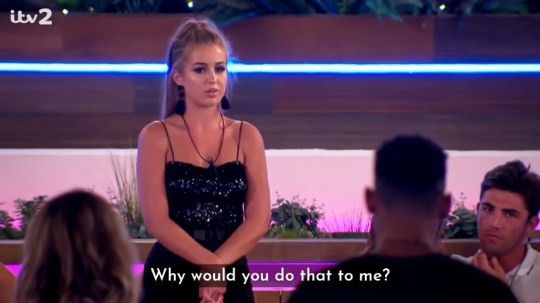 Casa Amor has provided some of the most talked-about moments in the show’s history (Picture: ITV2)

While she believes there are some very strong couples on this series, including Millie Court and Liam Reardon, Amy’s worried for some of the others – especially after the public vote.

‘Chloe [Burrows] and Toby [Aromolaran] are a good match,’ she pointed out. ‘I just worry that he’ll lose his head again after tonight when he realises they’re both not popular.’

As for the impending Casa Amor, she added: ‘I hope Liam and Jake [Cornish] stay true and anything after that is a bonus.’

If we ever do see Casa Amor get ditched from the show, never fear – Amy’s got plenty of ideas to replace it.

‘My other idea was to give them a dating app on their phone and let them talk to people on the dating app and, after four days, be like, “Do you want to bring them into the villa or not?”‘

Now that we’d love to see.

Amy Hart spoke to Metro.co.uk in conjunction with William Hill.