Love Island 2021: Hugo ‘not sorry’ for Toby row over Chloe

Hugo is the definition of ‘sorry not sorry’ here (Picture: ITV)

Love Island frenemies Hugo Hammond and Toby Aromolaran finally managed to step aside for a quick chat about what happened between them over the past couple of days at a very chaotic recoupling.

All hell broke loose on Thursday’s episode when Toby decided to call time on his romance with Chloe Burrows, instead coupling up with new bombshell Abigail Rawlings.

Toby saved Abi around the firepit, and Hugo was the last boy standing with a choice between Chloe or Georgia Townend (who he had just pied off).

Hugo chose Chloe and left everyone stunned as he took shots at Toby in his recoupling speech, saying she ‘doesn’t deserve to be treated how she has been in these last 24 hours.’ Cue division in the villa.

After initially refusing to talk things through, in Sunday’s episode Toby agreed to put everything on the table in a private chat with Hugo. Agree to disagree, seemed to be the end result.

Toby hit out at Hugo for ‘trying to embarass me’.

‘I feel betrayed massively,’ he said. ‘I was struggling wtih the decision and you’re acting like I purposefully hurt the girl.’

Hugo replied: ‘I’m not sorry, I’d do it again. I hope that Abigail isn’t the next person for this situation to happen again’ before calling him a ‘bull in a china shop’ with his approach to dating. 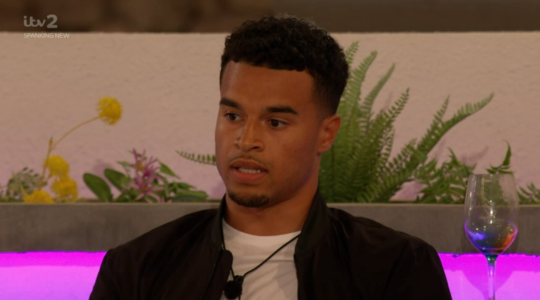 Toby had it out with Hugo (Picture: ITV)

Toby spat back: ‘You need to focus on yourself. You can have your judgement but your opinion doesn’t matter to me any more.’

‘You’re gonna think I needed that, you might not see it now, you might huff and puff,’ Hugo said before adding ‘I understand where you’re coming from.’

Hugo then went to cuddle with Chloe on the day beds as she told the beach hut: ‘He didn’t do it out of malice he did it out of looking aftfer me, and if people can’t see that… fuck em.’

Toby later apologised to Chloe for how their relationship went, telling her: ‘I never wanted to make you feel that way, that’s the last thing I wanted to do. 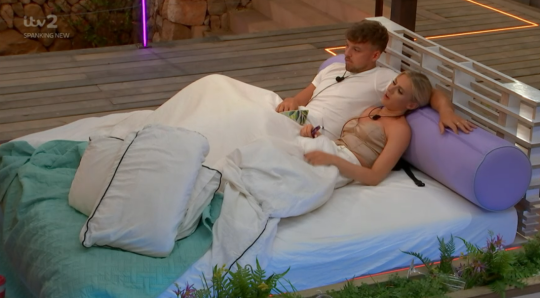 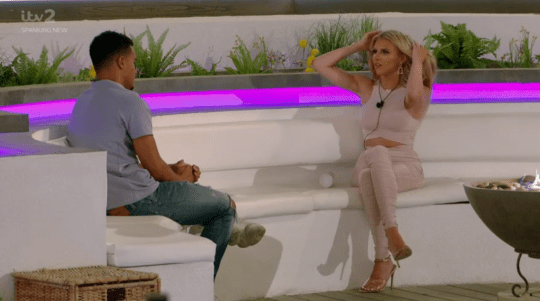 Toby apologised to Chloe for his behaviour (Picture: ITV)

‘I didn’t tell you how I felt and I’m sorry for that as well.’

Chloe replied: ‘I was really hurt because I liked you but I can see we weren’t right and you have a connection with Abi.