Love Island 2021: Lucinda to ‘continue things’ with Aaron over Brad

Aaron and Lucinda have left the villa (Picture: ITV/Rex/Shutterstock)

Despite their exit as a couple during Sunday night’s Love Island double dumping, Lucinda Strafford and Aaron Fracis seem ready to ‘continue things’ on the outside, with Lucinda putting her eggs in Aaron’s basket over Brad McClelland’s.

After packing their bags at the villa, Lucinda described leaving the show with Aaron as ‘amazing, so I am happy’.

When pushed on who she would rather pursue a romantic relationship with between Aaron and Brad, with whom she was formerly in a couple before he left the island to avoid her being eliminated, Lucinda was quite sure in picking the 24-year-old events host.

She explained: ‘I definitely want to continue things with Aaron. At the time when Brad left I was really upset but I’m happy that I stayed because I carried on and saw Aaron in another way.

‘I feel like when I went in, there was Brad and Aaron and it was [to then] nice to focus on one person.

‘It meant that I could connect with Aaron and we get on really well.’

Lucinda, 21, initially made a beeline for Brad when she entered the villa belatedly as a new bombshell alongside Millie Court, but now seems to be firmly setting her sights on exploring a future with Aaron as she said she’d consider a return to the villa, but only ‘with Aaron if that was possible’.

Meanwhile Aaron, who admitted to it playing ‘a bit on my mind’ that Brad would be watching the pair of them on the programme after he sacrificed his place for Lucinda, described his relationship with his potential love rival as ‘tight’, as he shared that he ‘definitely’ wanted to ‘meet up’ with him. 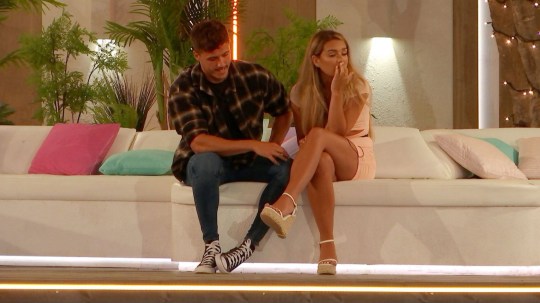 Lucinda and Brad were forced to pick between themselves who would leave Love Island (Picture: ITV/Rex/Shutterstock)

He continued: ‘We just got on from day one. I don’t know anyone like him. I’ve heard so much about Amble! We’re so, so different but we just got on really, really well.’

As far as Lucinda is concerned, although Aaron said it was ‘a little bit early’ to introduce her to his family just yet, he did reveal he had planned a first official date for them.

‘I’d like to start with a first date, that would be nice. I’ve planned a little something, a surprise for her,’ he admitted. ‘And then we’ll just move from there. I can’t say too much because I don’t really know. London to Brighton isn’t that far and I’m pretty sure we’ll be around each other quite a lot.’ 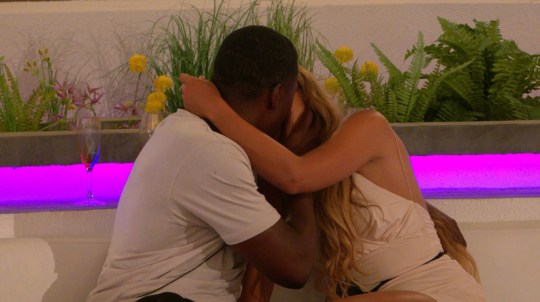 Aaron and Lucinda enjoyed a kiss before they were officially a couple (Picture: ITV/Rex/Shutterstock) 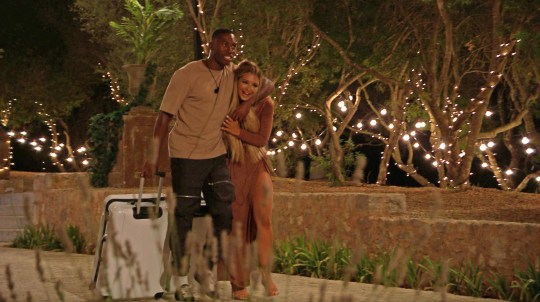 The couple left the show arm in arm (Picture: ITV/Rex/Shutterstock)

Aaron also revealed that his blossoming relationship with Lucinda had changed his mind over Casa Amor, with which he was initially keen to be involved.

He admitted: ‘The first few weeks I wanted to be there to do Casa. It’s part of the experience. I would love to do that with the boys. It would have helped bring us even closer together.

‘I met Lucinda and we started to get on, the past few days, I’d been saying, “If I go to Casa, I’m going to come back to you”.’

Brad shouldn’t worry about feeling too sore over losing Lucinda to Aaron as 2018 Love Island winner Amber Gill has made her appreciation of her fellow Geordie known, calling him ‘beautiful’ when speaking to Lorraine host Ranvir Singh on Thursday.

As she denied any romance, the reality star still gave a cheeky laugh as Ranvir quizzed her on her ‘soft spot’ for him.