Love Island 2021 is about to dump another islander as newcomer AJ Bunker – short for Andrea-Jane – is set to couple up for the first time.

After bombshell Danny Bibby arrived in the villa, a recoupling looks set to spice things up, with it being the boys’ choice.

However bombshell AJ will make her choice first – and it seems that she has her eye on Liam Reardon, even though he is currently coupled up with Millie Court.

During tonight’s episode, viewers will witness the 28-year-old hair extension technician making her decision in front of the fire pit.

‘I would like to couple up with this boy because first of all, he is gorgeous. Since coming into the Villa, he has made me feel so comfortable. He has all the right morals I’m looking for in someone long term,’ she says in the preview.

At the end of the recoupling ceremony, one of the female islanders will be left single and facing being dumped from the island.


Who will AJ couple up with? (ITV/Shutterstock)

If AJ chooses to couple up with Liam, despite the romantic connection he’s forged with Millie, then Millie could be the one leaving.

While Liam has reassured Millie that he hasn’t reciprocated AJ’s advances, he might not have any choice over who he couples up with.

Liam isn’t the only person AJ has had her eye on, as she also made a beeline for Hugo when she joined the show.

‘You’re a very good looking guy and you’re lovely,’ she complimented him, to which he responded: ‘It’s nice that someone else has come in.’

Before entering the villa, the hair extension technician revealed she was also interested Teddy Soares. 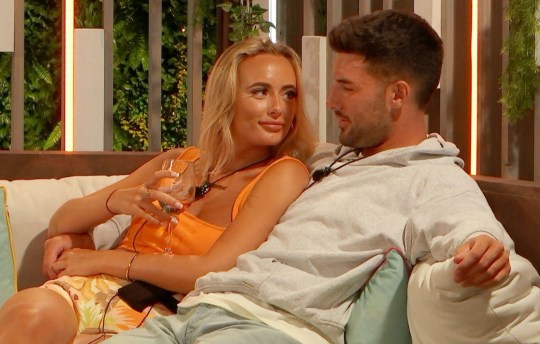 Millie Court and Liam are currently coupled up (Picture: ITV/Shutterstock) 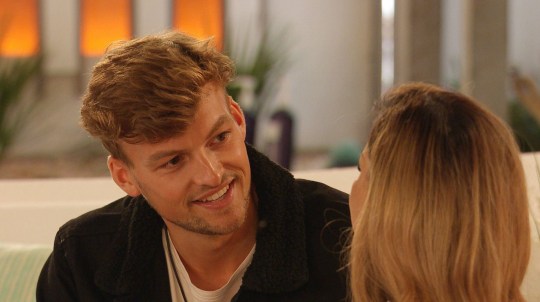 ‘There is something about Teddy. He’s a bit of me. In terms of being adventurous and spontaneous, I think we’d get on really well,’ she said.

‘Hugo [Hammond] and Aaron [Francis], there is something about them so I want to get to know them a bit more.’

This comes after newbie Danny Bibby apologised from inside the villa for his past use of racist language. 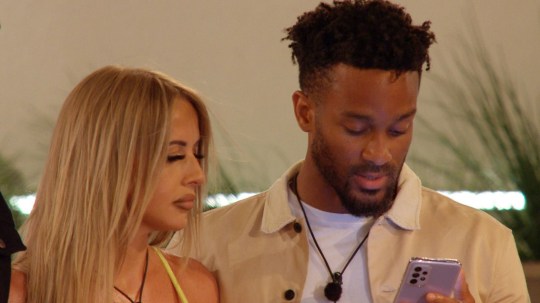 AJ said she has her eye on Teddy (Picture: ITV/Shutterstock)

He has since issued a statement saying: ‘I’d like to take the time to apologise to anyone that may have taken offence to my inappropriate remark.

‘I never meant anything malicious by this comment at all. I am not a racist person and it’s unacceptable language and ignorant. I meant no offence and feel like I have really learnt from my mistakes and will never use that word again.

‘I am a kind loving person and hopefully you get to see that in the show.’

In a now-deleted Instagram post from November 2019, Danny responded to a friend, who was white, who commented on a picture of him in Dubai. 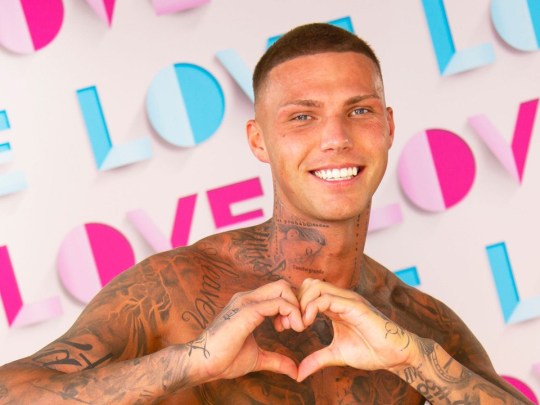 Danny Bibby apologised for past use of N-word (Picture: Rex)

The original comment read: ‘Champ’, with Danny replying: ‘My n***a.’

When contacted by Metro.co.uk, ITV issued a statement from Danny’s father, who apologised for any offence caused and insisted that his son did not use the slur ‘maliciously’.

His dad Richard said: ‘Danny does not have a racist bone in his body and there were no racist intentions to this post. Although it was not done maliciously, it was a mistake.

‘I absolutely apologise on his behalf for the offence this wording may have caused. That would never have been his intention.’

Love Island is on tonight at 9pm on ITV2 and ITV HUB.