Liberty and Jake made their romance official and declared their love for each other on Friday night’s episode.

Jake had revealed to the boys earlier in the show that he was going to prepare a dinner for Liberty, because ‘she appreciates the little things’, telling the boys: ‘I think it’s maybe time to take the plunge and put a label on it.’

The pair have been coupled up since the first day in the villa and have cemented themselves as fan favourites, with viewers rooting for them to go the distance.

But civil servant Sharon is predicting that Jake is going to eventually break Liberty’s heart on the show. 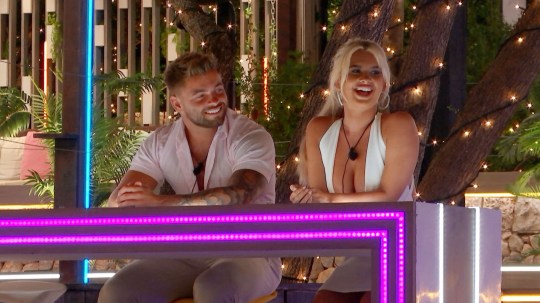 Sharon also shared her thoughts on how she thought the other couples in the villa would end up.

While she said it would be hard to pick a winner, she said Liam Reardon and Millie Court, and Teddy Soares and Faye Winter were frontrunners.

‘Millie and Liam are one of the strongest couples. Seeing what I’m seeing now, I think they’ll stay strong,’ she said.

‘Teddy’s put a lot of effort in, not just with Faye but also her friends. They have a strong bond. I think Faye found what she is looking for in Teddy.’ 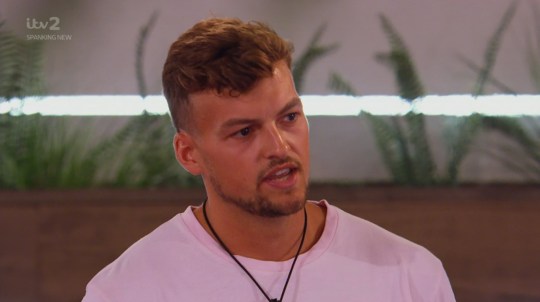 Sharon also predicted that But Toby Aromolaran will get bored of Abigail and dump her, just as he did with Chloe Burrows and Kaz.

This comes after she called out Hugo Hammond over his recoupling speech drama with Toby.

The PE teacher caused all kinds of chaos when he chose to couple up with a freshly dumped Chloe Burrows, and took aim at his pal for the way he had gone about speaking to newbie Abigail.

Taking to Instagram, Sharon – who was previously in a friendship couple with him – questioned his motives when he was ‘complicit’ in breaking up Toby and Kaz Kamwi earlier in the season. 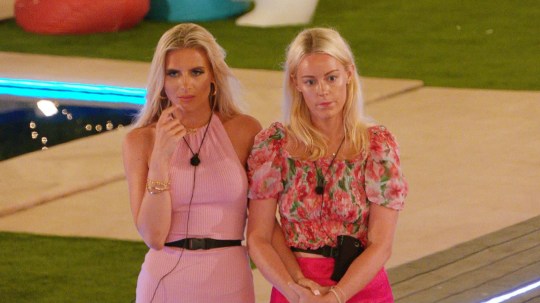 Chloe was saved but Georgia was sent home (Picture: ITV/REX/Shutterstock)

During a Q&A session she told fans: ‘Okay, so I don’t think Hugo was wrong for sticking up for Chloe, I knew he was going to pick Chloe, and I knew that he was gonna say something along those lines.

‘I didn’t think he’d say it with as much chest, so that took me by surprise. Maybe he spent too much time coupled up in bed with me.

‘One thing I don’t like about Hugo’s speech is that Hugo openly admitted to me that he enabled Chloe and Toby to crack on. And obviously, me being [BFFs] with Kaz, didn’t appreciate it at all because it was behind Kaz’s back. So, for me, what goes around comes around.’

Sharon stated that the speech was ‘unfair’ on newcomer Georgia Townend, who had only been in the villa a matter of hours before she was sent packing.