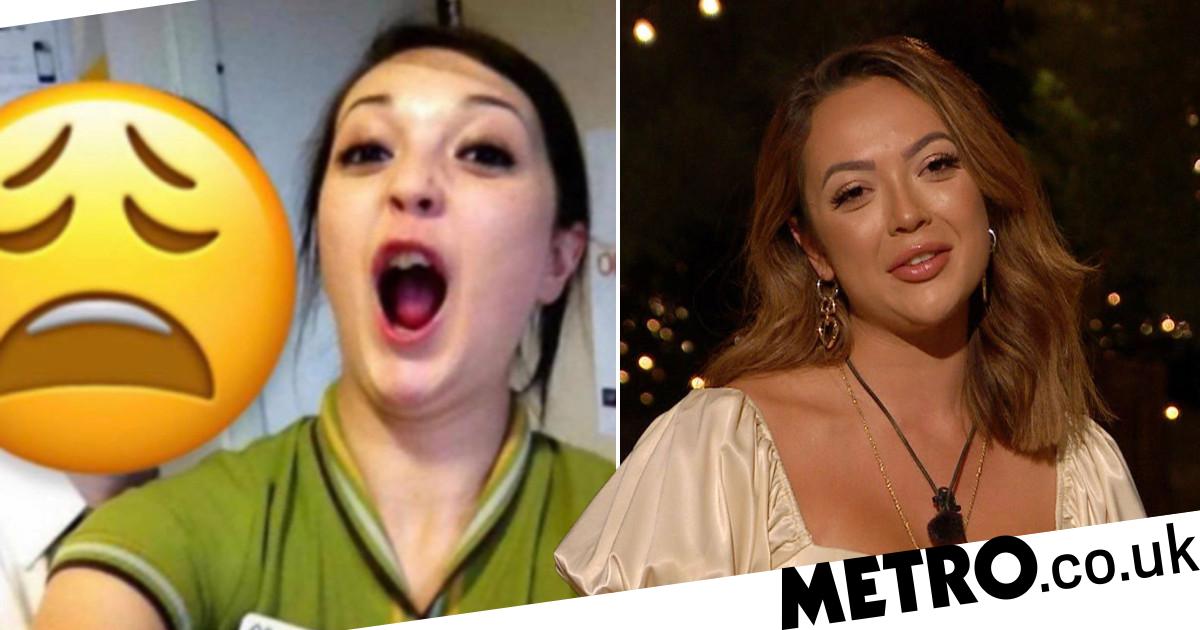 A former acquaintance of Sharon shared an old selfie on Facebook (Picture: spottedwally/Facebook/REX)

Love Island 2021 star Sharon Gaffka left the villa on Sunday night, and now her past as a McDonald’s worker has been revealed online.

The 25-year-old civil servant exited the series in a shock recoupling last night, which saw newcomers Danny Bibby and AJ Bunker get to decide who they wanted to partner up with first.

Now, Sharon’s career working in a Didcot branch of McDonald’s has come to light following her departure from the programme.

An acquaintance of the former islander has posted a picture on Facebook which shows Sharon in a green McDonald’s polo shirt and a name badge.

Referencing comments made by Sharon in the villa, the social media user poked fun at her comments on ‘standing out’ in her native Didcot, which is south of Oxford.

The civil servant spoke about her upbringing on the show, saying: ‘Of course I stand out in Didcot, look at me.’ 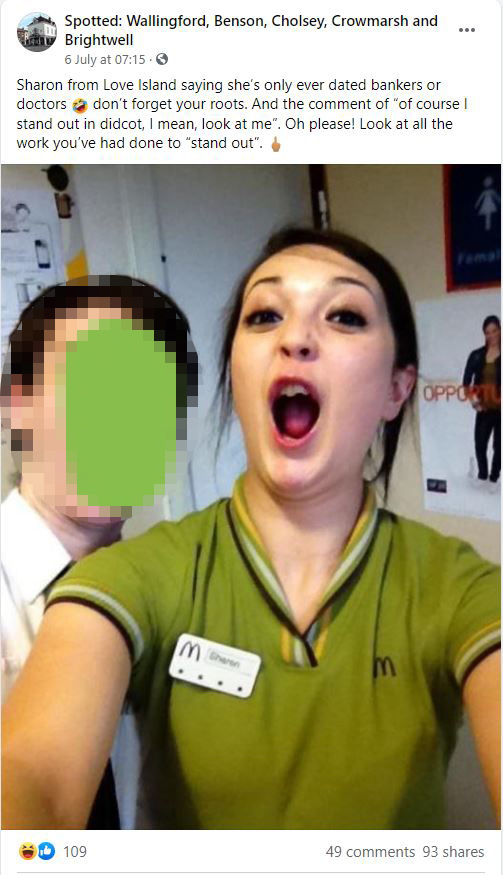 The image showing her McDonald’s past surfaced on social media (Picture: Facebook/spottedwally) 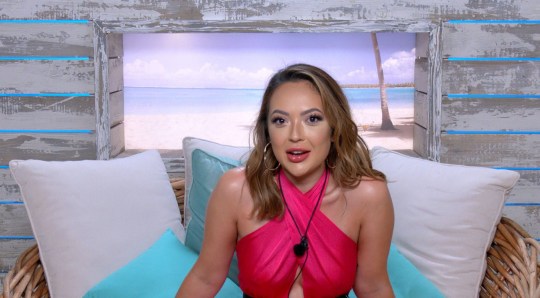 ‘And the comment “I stand out in Didcot, I mean look at me”. Oh please! Look at all the work you’ve done to “stand out”.’

It comes after the contestant opened up after being dumped, admitting that she ‘hoped something had happened with Hugo Hammond’ before her exit.

Sharon had an emotional message for her fellow contestants, saying: ‘We all took a plunge when we came here. Love is never guaranteed. I’m glad I took the plunge. I’m still on the hunt for love.’

Speaking on ITV2’s Love Island: Aftersun, Sharon said that she wished there had been a spark develop between her and Hugo – who she coupled up with during the very first episode of the series.

Love Island continues on ITV2 at 9pm on Tuesday. 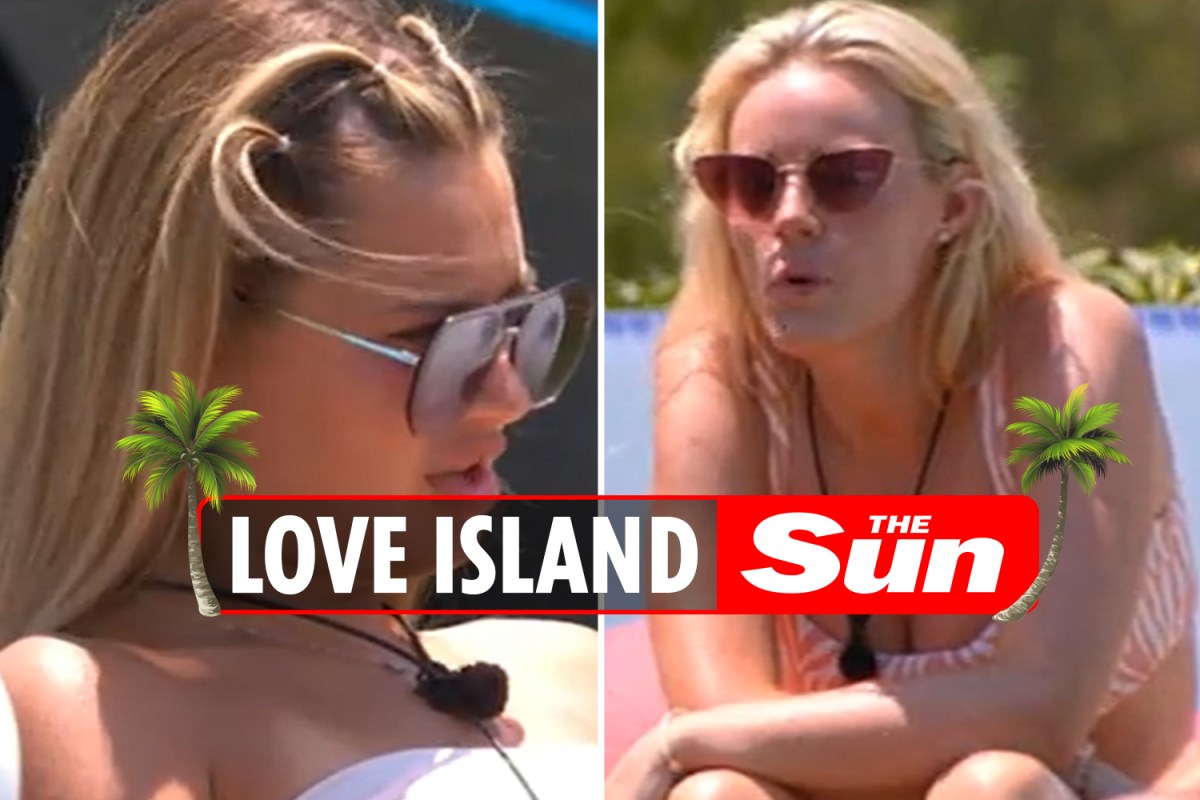 LOVE Island fans have demanded 'Justice for Georgia' after the ex-Islander called Lucinda out on the way she talks on...