Love Island winners Ekin-Su Cülcüloğlu and Davide Sanclimenti are still on cloud nine following their time in the villa and the couple have already discussed living together.

The certified queen of the villa, 27, and the Italian stallion won the annual ITV2 dating show after becoming early favourites tipped for victory, which came across in the final as they gained 63.69% of the public vote.

Their enemies to lovers arc had viewers hooked from start to finish, after Davide notoriously hailed her a ‘liar and an actress’ to the pair declaring their love for one another in their dreamy final date.

During Monday’s Loose Women, the love-up couple told presenters Brenda Edwards, Gloria Hunniford, Ruth Langsford and Nadia Sawalha that although the show has come to an end, their love story is only beginning.

When asked how things have been post Love Island, Ekin-Su said: ‘Surprisingly it actually brought us a lot more closer.


Davide and Ekin-Su made their Loose Women debut (Picture: ITV) 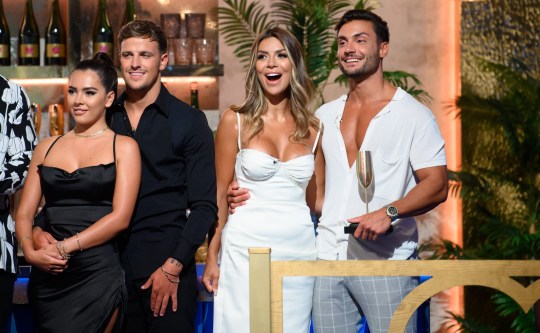 Reacting to their newfound fame, Davide added: ‘It’s not scary, but you feel a lot of attention from everyone.’

Addressing their current living arrangements, Ekin-Su revealed she plans to move in with Davide pretty soon.

‘Not now, we don’t share the same house, but we’re always together,’ said Davide.

‘But we’re planning to, probably September maybe October time, we’ll get a place together.’ 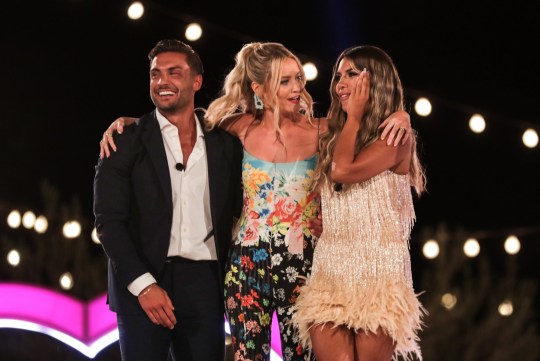 Davide and Ekin-Su were crowned winners in the series finale (Picture: ITV)

In a new video for O2, Love Island’s official network partner, Ekin-Su and Davide recently poked fun at their old-married-couple-esque relationship, and even did a nod back to that infamous argument.

Going all the way back to when Ekin-Su lied about kissing Jay Younger when she was coupled up with Davide, the couple say they wouldn’t do anything any differently – because it made them ‘famous.’

‘Even the mistakes I made during my time in the villa brought me to the right path,’ Ekin-Su said, with Davide adding in a lighthearted manner: ‘Yeah you could be honest though and say you’re a liar.’

To which a laughing Davide responded: ‘I’m glad too because apparently it became famous, my line ‘You are a liar!’

Say hello to your social lives once again – Love Island 2022 is over, with Ekin-Su Cülcüloğlu and Davide Sanclimenti being crowned the winners in an epic final.

If you missed it, don’t fret – here are the highlights of the end of a brilliant series: